A Short Note on Empiricism & Science 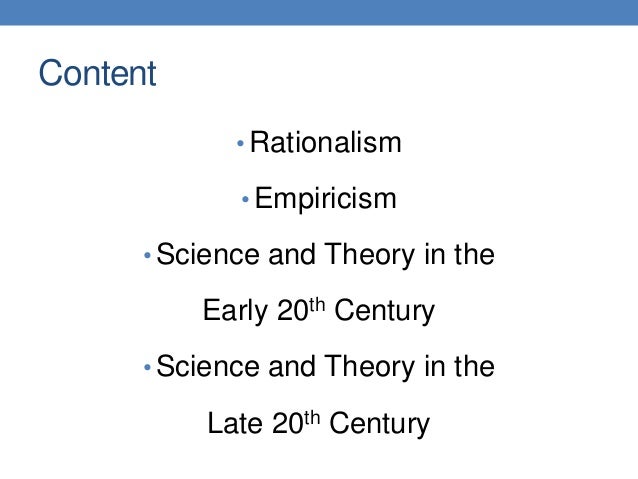 Not only is there empiricism within philosophy, there's also an empiricist position towards science. Indeed some philosophers argued that science itself is empiricist.


Dave Hume put this case very simply when, according to Ernan McMullin (in his 1984 paper 'A Case for Scientific Realism'), he “restricted science to the patterning of sense impressions”. Of course this also stemmed from his well-known position on causality. And causality was always seen, up until the late 19th and early 20th centuries, as the “cement of the universe” (J. L. Mackie). Indeed the rejection of causation (or, more correctly perhaps, necessary causal relations) is at the heart of empiricist philosophy. In Hume's case, he “simply rejects the notion of cause according to which one could try to infer from these impressions to the unobserved entities causing them” (McMullin, 259).


There are obviously many problems with empiricism and, specifically, with “empiricist science”.


The fact is that no one has ever observed an elementary particle (such as an electron). However, people do observe things which lead them to believe that electrons exist. Take the cloud chambers which are used by scientists to discover elementary particles and their nature. Charged entities (such as electrons) leave ionized tracks which betray their presence (or their former presence).


Nonetheless, you still can't say that you've observed, say, an electron. All one can say is that you observed an ionized track in a cloud chamber. Alternatively, Ernan McMullin says:


“An electron may be defined as the entity that is causally responsible for, amongst other things, certain kinds of cloud tracks.”


He goes into more detail by saying that an electron “will be said to exist.... if a number of convergent sorts of causal lines lead to it” (262).


There are many other simple reasons as to why an empiricist approach to science fails. Or the least one can say is that empiricism is inadequate.


McMullin calls this period (or its postulation): “a theoretical entity” (267). It's a theoretical entity quite simply because it can't be observed. However, that doesn't mean that we should reject it as a theory or even as a genuine period in the earth's history.


In other words, even though the Devonian period can't be observed, we can still say that this period existed roughly 400 to 350 million years ago. We can also say that “the dominant life form on earth was fish and a number of important developments in the vertebrate line occurred” (276).
Posted by Paul Austin Murphy at 09:59