A Wittgensteinian Discussion on Mathematical Truth 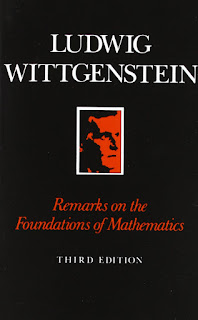 
The late Wittgenstein rhetorically argued (to paraphrase) that if the operations on numbers result in truths, shouldn’t it also be the case that the numbers themselves (in whatever order) have truth-conditions? Shouldn’t each number correspond to something? If the numbers themselves have no truth-conditions or truth-values, then how can the concept of truth be carried over to the operations on numbers? Surely you can’t have one without the other. And that's why Wittgenstein emphasised “correctness” and mathematical “grammar” rather than truth.


Correctness is determined by rules; which are themselves a product of persons. Truth, on the other hand, is deemed by many to be separable from minds (as in various realisms). Thus we can count in a correct way; though not in a true way. Truth could only enter the equation if numbers themselves were true of something else. The inscriptions must have numbers as entities to which they can correspond. Only then, on a Platonist picture, could we talk of truth in mathematics.


Many people intuitively feel that there must be more to mathematics than mere inscriptions on the page and correct rules (or correct Wittgensteinian “grammar”) for playing with those inscriptions. Do we think in the same way when we play a game of chess? Do we expect the pieces and the moves to somehow correspond to things external to the game of chess? It can be granted that if someone takes the game literally, he may well think in terms of the pieces and moves corresponding to real historical battles, political situations and well-known personages. (This may well be the case for certain individuals.) However, such correspondence-relations aren't in fact needed when one plays chess. Indeed chess can be seen abstractly despite the fact that we play the game with castles, pawns and bishops. More abstract forms (which have no correspondents in the external world) could easily be the substitutes of castles, pawns, etc. Such substitutions would have no intrinsic effect on the nature of the game itself.


Thus there are correct moves in chess; though there's no such thing as a true move. That's unless we're using the word 'correct' as a mere synonym of the word 'true'.


Wittgenstein believed that mathematical propositions are grammatical in nature. Thus if the grammar is in order, then the mathematics is correct. However, what about this statement? -


That’s a possible riposte. Wittgenstein might have simply turned that argument on its head and said:


Mathematical propositions/equations are true because they're grammatically correct.


Wittgenstein probably did accept mathematical truth; though only when it isn't conceived as some kind of correspondence with (or relation to) abstract numbers or entities in an abstract mathematical world.


Is it possible to make sense of truth when the concept is cashed out exclusively in terms of abiding by grammatical rules? For a long time truth itself has been cashed out in many ways other than correspondence. Thus why should mathematical truth be any different?


The question therefore is:


Can mathematical truth be cashed out solely in terms of abiding by grammatical rules?


What is it, then, to abide by a rule? Is it to conform to a norm or practice? That is, normally we say that “2 + 2 equals 4”. There's a rule that tells us that if we add 2 and 2, then the result will be equal to the number 4. There could be a rule which tells us that “2 + 2 equals 5”. That is, when 2 is doubled, an additional number must be added. However, this new equation would simply be parasitical on the rule that “2 + 2 equals 4” because it does, after all, talk of the addition of a number to the result of doubling 2. It doesn’t, on the contrary, say that 2 + 2 does equal 5: it says that a number needs to be added to the sum of 4 and 4.


Let’s try a purer formulation. That is, “2 + 2 equals 5” without an addition of an extra number. Then we could simply say that the doubling of an even number couldn’t equal an odd number.


Why not? You're simply assuming that the numbers I'm using have the same properties as the numbers that you're using. Clearly, if I use my numbers in the way you use your numbers, then evidently my formula “2 + 2 = 5” will be incorrect. However, my numbers aren't the same as your numbers. Thus in my system 2 + 2 does indeed equal 5.

Then you're misusing the arithmetical concepts of addition and equality.


Yes, if I use the concepts of equality and addition in the same way in which you use them, then evidently “2 + 2 = 5” will be incorrect. But my concepts of addition and equality aren't equal to yours. In my system, they work differently.

But you've contradicted yourself. You've just said that your concepts of addition and equality aren't “equal” to my concepts of addition and equality. But you've used the concept of equality in the way I use it. You've just said that your concepts aren't equal to mine. And with that I agree. Therefore it would follow that the concept EQUALITY you use in your mathematical system isn't equal to your use of the concept EQUALITY when you use it to talk about your mathematical system.

If that’s true, then how the hell can we have a proper conversation if we're using concepts in different ways? If you can stipulate a meaning of a concept in any way you like, then perhaps we're not having a genuine conversation. We'll be talking at cross-purposes.

Posted by Paul Austin Murphy at 23:21