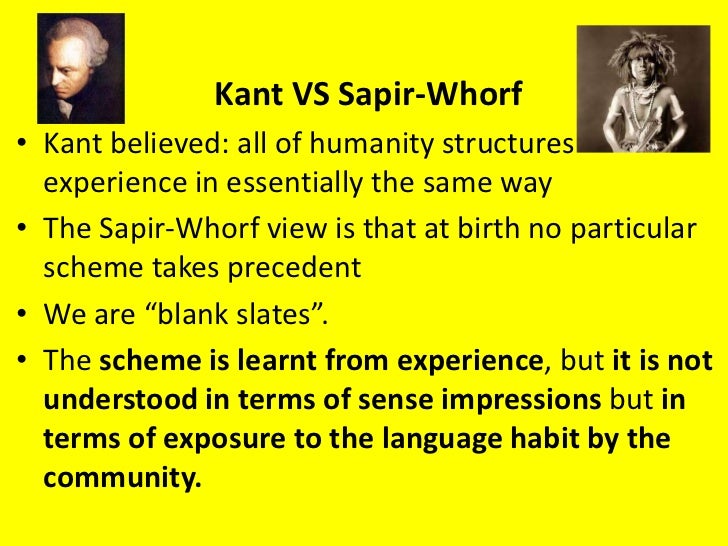 
According to Hilary Putnam (in his paper 'Why Reason Can’t Be Naturalised'), the very fact that we can criticise our conceptual scheme/s casts doubt on any closed-universe notion of such abstract structures.


The very fact of recognising (let alone criticising or rejecting) a conceptual scheme (CS) means that it has, to some extent, been “transcended”. There is, then, truth external to CSs (though not external to all CSs).


Perhaps some people don't actually want to escape or transcend their CS/s or episteme/s. They may have reflected on its concepts and not found them wanting. Thus Foucault might have assumed that because people were (as it were) happy with their episteme or CS, then they mustn't in fact have recognised that they're working or thinking within one.


Foucault (mentioned - though not actually quoted – by Putnam) defines the word “episteme” thus:


“…the historical a priori which is a given period, delimits the totality of experience a field of knowledge, defined the mode of being of the objects that appear in that field, provides man’s everyday perception with theoretical powers, and defines the conditions in which he can sustain a discourse about things that is recognised to be true.” [1966/1970]


And yet Foucault himself escaped these epistemes. He wrote:


“…I am trying to grasp the implicit systems which determine our most familiar behaviour without our know it…to show the constraints they impose upon us. I am therefore trying to place myself at a distance from them and to show how one could escape.” [1971]


Clearly Foucault (in the above) has a view of CSs which makes them deterministic. That is, we don’t adopt them or know that they determine our experience and behaviour. Epistemes are, according to Foucault, “the historical a priori”. That means (if this term is taken in its strict quasi-Kantian sense) that each CS literally comes before experience and therefore it forms and shapes experience.


Thus, in a strict sense, some of the examples I'll offer in my diagrammatic representation can't be a priori in the strict Kantian sense. This is true of “class consciousness” and “false consciousness”. The closest which some CSs come to the Kantian a priori is Chomsky's “universal grammar”, the “depth grammar” of Lacan and Levi-Strauss and, perhaps, R.G. Collingwood’s historical “presuppositions”.


How did Foucault and the others escape from their epistemes? Perhaps this isn’t a philosophical question. Perhaps it's a question about Foucault. The psychology may not tell us how he philosophically transcended the episteme; but why he thought he had transcended it. In the past there have been many people with such special powers. There were no alternative ways of escape other than Foucault’s (or Marx’s or Freud’s, etc.) own. If you thought you had escaped via another route, you wouldn't really have escaped. It wouldn’t be an episteme (or the subconscious, or class consciousness) otherwise. It's no use stressing a CS’s deterministic features if people can escape them willy-nilly. However, the question will remain: How did the philosopher himself escape?


Foucault’s episteme is far more all-encompassing than Kant’s. Though parts of Foucault’s episteme has Kantian resonances. For example, the episteme defines “the mode…of the objects that appear”; it “determines the totality of experience” and so on. However, he appears to overstep the Kantian mark when he said that an episteme provides us with “theoretical powers” for perception, and also determines certain epistemic constrains about “discourse” and truth.


Marxists and Foucault escaped by choosing the correct path of escape. If we don’t choose the correct path (specified by Foucault or Marxists) then we can’t (by definition) escape our CS or episteme. You can even be self-consciously aware of your CS. Perhaps they would allow that; though unless one is aware of it in the correct way, one can't escape or transcend it. It's not enough to have knowledge, insight and intelligence, one must have the correct knowledge, insight and intelligence. Alternatively, even if a Marxist or follower of Foucault were an intellectual imbecile, he could still escape his CS if he had embraced Foucault’s structuralism or, alternatively, Marxism.


The following is my schematic representation of some CSs and their implications:


Can Be Shaken Off

Can’t Be Shaken Off
subconscious
epistemes
depth grammar, a priori categories and concepts
historical presuppositions
universal grammar
the brain itself!


The conceptual determinist claims that we “mechanically apply cultural norms”. In actual fact, according to Putnam, we “interpret” and “criticise” them. Putnam’s critique of self-enclosed CSs can be expressed thus:


Putnam’s “internal” anti-realist reflection on CSs can also be expressed this way:


One could ask that if CSs are so easy to transcend, then why talk in terms of conceptual schemes at all? I don’t think Putnam says that it's easy to transcend a CS. It may take a lot of hard work. Alternatively, such transcendence may be partly fortuitous. The point is, however, that not all the CSs are equivalent to Kant’s a priori or Chomskyan ‘faculties’. In Kantian terms, they're “contingent”. Nonetheless, there are lots of contingent phenomena that are long lasting and hard to escape. This doesn’t make them any less contingent. On the other hand , many things which have seemed to necessary or a priori turned out, in time, to be no such thing. Foucault’s “historical a priori” has itself become victim of history. And, of course, in philosophy itself we've questioned the very existence of any form of a priori or necessity.


An interesting chapter ('Scepticism, Naturalism and Transcendental Arguments') on what I call “micro a priori” CSs can be found in Strawson's book Scepticism and Naturalism: Some Varieties [1985]. In this chapter Strawson offers many examples of what could be a priori micro-CSs; or at least quasi-a priori CSs.


For example, according to Strawson's Hume, beliefs about the body, induction and the existence of other people form part of Hume's quasi-a priori (micro) CS. Such beliefs are "inescapable". Strawson then goes on to tackle Wittgenstein who proposed that certain beliefs acted as a "scaffolding or framework" for the rest of our beliefs (though not in the traditional empiricist sense of "basic beliefs" resting on direct experience). Indeed it's an interesting sport deciding which beliefs, concepts, categories, etc. are bona fide a priori and which are in fact contingent.


The thing is that if CSs really are self-enclosed universes, then there wouldn’t be a possibility of much (or any) real communication between them. Does this ever occur? Many people do appear to be at loggerheads with each other; though is this always – or ever - to do with being members of rival CSs? We do, after all, share the same world; we share cognitive faculties and sensory receptors; and many of us share a language or share inter-translatable languages. Think of what we share in our everyday lives. We use inductive logic (i.e., outside the study). Almost everyone protects themselves from rain, hurt and illness. Nearly everyone learns from experience (possibly, or necessarily, via inductive logic). Everyone believes in self-identity. Many believe in identity over time. Everyone believes that there aren’t round squares. No-one believes that some object can be both red all over and white all over. No one believes – though can't prove – that the universe came into existence five minutes ago.