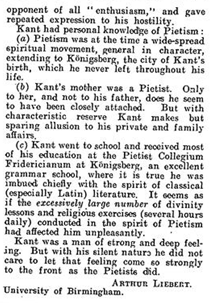 In a message I read it was said that all "different traditions of contemporary philosophy…are partially motivated by ulterior motives". This may well be true. Nonetheless, it's worth making a distinction here. Perhaps there are those "ulterior motives" that the philosopher is well aware of, and that he therefore consciously hides or denies. And perhaps also there are those ulterior motives of a philosopher which are uncovered by people external to the philosopher himself: say, by psychologists, social theorists, political theorists, historians, etc. It could be supposed that if they are not fully acknowledged by the philosopher as his own ulterior motives (even if he doesn't use this term), then they are not truly ulterior motives at all. This depends on how complex we take the mind to be and whether or not it can work on different levels. (It's not necessary to believe in a Freudian unconscious ulterior motives here.) The point is that there is a difference between a philosopher who quite consciously has a hidden agenda (whether political, religious, etc.), and a philosopher who is simply not aware of his, say, social positioning, his professional status and what it implies, his place within history, etc., and how these things can in some lesser or greater way determine his views or at least his choice of subjects.

If they are subliminal ulterior motives, then it is clearly not worth criticising the philosopher concerned; though his putative ulterior motives could be pointed out to him and his reactions to these points would be interesting in themselves. The philosopher who systematically hides his overall game plan, on the other hand, is a different case. He clearly believes that the end justifies this means. Also, he could be seen as some kind of philosophical entryist. That is, someone who infiltrates a grouping or organisation, in this case, a tradition of philosophy, in order to take it in directions which have nothing to do with "pure philosophy", as it were. In that case, philosophy to him is just another area of social life that needs to be put on the correct ideological/political/religious track. Such people would also infiltrate the church, the trade unions, the acting profession, the media - anything. Take the rather unlikely case of Kant (it's not being said that his case exactly parallels what's been said). 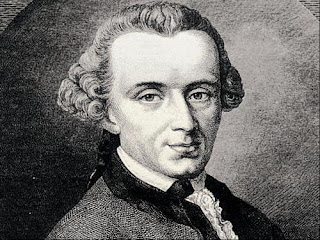 We can't be sure how honest Kant was being about what could indeed be called his ulterior motives when he wrote the following:


"…there can only be one ultimate end of all the operations of the mind. To this all other aims are subordinate, and nothing more than means for its attainment. This ultimate end is the destination of man…The superior position occupied by moral philosophy, above all other spheres…" (Critique of Pure Reason, 'Transcendental Method'.)


This seems to be frankly explicit about his ulterior motives (though, of course, he wouldn't have used that term). That is, "all the operations of the mind" (including, it must be assumed, all Kant's philosophising in metaphysics, epistemology, etc. - everything outside moral philosophy) were nothing more "than means for [the] attainment [of the] ultimate end" of "moral philosophy". So, unlike the common conception of Kant as systematic but objective system builder (which he was) out of whose vast system sprung not only different branches of his overall philosophy, but each particular proposition within each branch. It seems that he wasn't working from the bottom up (from foundations), but from the top down.

"No one, it is true, will be able to boast that he knows that there is a God…No, my conviction [that God exits] is not *logical*, but *moral* certainty…it rests on subjective grounds…" (Critique of Pure Reason, 'Transcendental Method'.)

And what do Protestants generally (or always) believe when it comes to their religious beliefs and the existence of God? They believe that it should rest on "faith, not reason". Kant, therefore, "made room for faith" by destroying the rational proofs of God's existence. This too he - indirectly - admitted to:

"…the principles of reason…do not conduct us to any theological truths…we recognise ["Reason's"] right to assert the existence of a perfect and absolutely necessary being, [but] this can be admitted only from favour, and cannot be regarded as the result of irresistible demonstration." (Critique of Pure Reason, 'Transcendental Dialectic'.)

Kant's "moral philosophy" also squares very well with another important feature of protestant pietism: the emphasis on personal morality. And, as all Kantians and those knowledgeable about Kant know, "the moral sense within us all" is essential to Kantian ethics.

It could be said that all the above is nothing but an elaborate ad hominem. What matters is only if Kant's system is true (or, perhaps, certain of its propositions). Someone may have an ulterior motive for believing that 2+2=4. It doesn't thereby stop 2+2 equalling 4. Even outside arithmetic this may apply. For example, someone may simply be a racist because he is inherently nasty or vicious. However, his racist statements may still be true.

Perhaps, in this argument, it would be wise to come down somewhere in the middle. We shouldn't of course believe that if a philosopher says p and that that philosopher is culpable in some way, that it somehow makes p false. We shouldn't believe p is false or even suspect simply because it was articulated by a philosopher or man at a certain point in history or in a certain environment which somehow invalidates p.

Similarly, we shouldn't ignore the aetiology of beliefs and ideas either. And one reason it's unwise to do so is that from the context, whether psychological, historical, political, etc., we can gain a better understanding of p, not only the context of p. The context, in this case, would be a means to an end. For example, by learning about Kant's "ulterior motives" (if that's what they were in this case), we may actually gain an insight into the ideas themselves. If we know that Kant was "making room for faith" in certain areas of his philosophy, then we know what he was doing, not just why he was doing it.

i) Kant wasn’t the only Pietist of the Enlightenment era. There was Jacobi (1743-1819). It just so happened that they took different approaches to the excesses of the Enlightenment. Jacobi emphasised the necessity of faith and of irrational belief. Kant knew that the Enlightenment mind would only accept Reason to set limits on Reason. This was precisely what Kant did.

Kant’s pro-Enlightenment position was basically an ultra-Protestant stance against Church authority. To Kant, the Enlightenment was a reaction against a Catholic past in which there was an “inability to use one’s reason without the guidance of another”.

iii) Understanding: the capacity to use concepts and to bring individuals under them. Kant understood concepts as rules and the understanding as the faculty of rules.

Concepts are rules in the sense that they determine our experience of the world. Without concepts, we would be in a state of experiential flux. Indeed, Kant argued that we could not even have experience without the concepts required to make sense of experience. It follows, then, that experience is the cognitive reception of sensory impressions of all kinds brought under the rules of concepts. If we didn’t bring individuals under concepts, each new individual would be unknowable to us and we would need to apply a singular concept to each particular individual. In that sense, it would not be a concept at all in the sense that more than one individual is usually required to fall under each concept. A concept that applied to just a single individual would not, therefore, be a concept. It would be a heaccity or thisness. That is, a property or thing that is completely distinguishable from all other things, even if that distinction only refers to one property or attribute.

iv) It is interesting to see the way in which individual philosophers have set out to defeat scepticism. In other words, we may not be mistaken in being sceptical about their anti-scepticism. Philosophers like Kant knew precisely where they wanted to go before they had even set off on their philosophical journeys. In other words, they were not led by truth or sound arguments; they were led by the desire to squash scepticism.

“Kant regarded the failure to refute scepticism as a ‘scandal’ to philosophy, and offered his Critique of Pure Reason as a solution.”

Similarly, Descartes knew where he was going before he set off. He knew that God would keep His high-and-mighty place in the universe, and that sceptical views would be crushed by his “method of doubt”.

Posted by Paul Austin Murphy at 22:27