Michael Devitt: What is the a Priori? 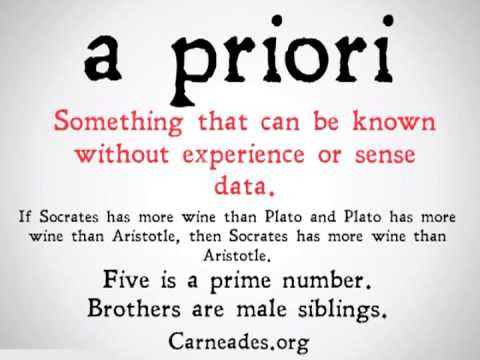 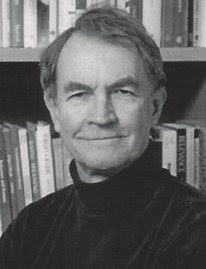 Like many defences of positions in philosophy, the defences of the a priori are often negative in nature. Such defences are like the following:


“A proposition is not a sentence or a statement.”


Thus we also often get:


Q) What is the nature of a priori knowledge?


A) It is knowledge which isn't derived from experience.


At least experiential knowledge and a priori knowledge are both seen as examples of knowledge. So the cat and the dog example isn't that fair; though they're both animals and mammals. Clearly a cup of tea isn't a cat either.


“[w]e need to describe a process for justifying a belief that is different from the empirical way and that we have some reason for thinking is actual”.


Systems and Their a Priori Links


Not all Laurence BonJour’s defenses of the a priori are really arguments. They aren't necessarily logical or (strictly speaking) philosophical either.


For example, he's written that


“the rejection of any sort of a priori justification leads inexorably to a severe scepticism and to the undermining of reasoning or argument in general”.


This is a warning about the repercussions of rejecting the a priori, not an argument against those who reject it or an argument in favour of it. (Perhaps we can call it an example of catastrophising; as some psychotherapists put it.)


Why does the rejection of the a priori lead to scepticism? Why does it lead to the “undermining of reasoning or argument in general”?


Devitt sums up BonJour's interesting position as to why this may be the case.


On Devitt’s “Quinian alternative”, we have the following two-fold “web” which includes:

According to the Quinian picture, beliefs captured by ii) above are justified “via links with beliefs at the periphery”. There are links between interior beliefs and peripheral beliefs which are “close to experience”. Though as many aprioristic logicians and philosophers point out, what about those links themselves? That is, “these justifications depend on the links themselves being justified”. Thus these links must be logical. And if they're logical, then they must be a priori in nature. Thus even Quine’s web has an a priori element. Or so the story goes...


More clearly, the interior beliefs can't be justified by the exterior - or peripheral - beliefs if the links between the exterior and the interior aren't themselves justified. These links are logical and must therefore be a priori justified. Thus, again, Quinian webs of beliefs are polluted (as it were) by the a priori. Or as BonJour puts it: “the justification of these links has to be a priori; it could not come from experience”.


The strange thing is that many would think that even empiricists or naturalists would happily accept that anything purely logical must be a priori in nature. Thus it must follow that these links between the exterior and interior beliefs must also be a priori justified. However, Devitt's title is ‘There is no a Priori’. He must believe that these logical or evidential links mustn't in fact be a priori (or justified a priori).


BonJour has more to say about the links in Quinian webs of belief (or the links in any such system). He writes (quoted in Devitt):


“… if there is no a priori insight… no prediction will follow any more than any other… any… sort of connection between the parts of the system will become essentially arbitrary.”


BonJour is simply saying that if you don't accept a priori justification (or “insight”) for the links in a Quinian web of belief (or in any other corresponding system), then the “connection between the parts of the system will become essentially arbitrary”. This must mean that if we don't have a priori justification (or insight) then we effectively have nothing in such systems. And if we have nothing, then that is bound to lead to the “arbitrary” nature of the “connections between the parts of the system”. The question is, then:

Is the a priori way out the only way out?


And if we accept BonJour’s prognosis of the rejection of the a priori vis-à-vis Quinian webs of belief (or any such parallel systems), then it's no surprise the BonJour thinks “the rejection of all a priori justification is tantamount to intellectual suicide”.


Again, the question is: Is the a priori the only game in town?


I mentioned that most people see logic as perhaps the only domain of the a priori (along with mathematics). Devitt says that “the objection is that logic must be seen as a priori because we need logic to get evidence for against anything”.


Perhaps BonJour is saying the following:

Yes, fair enough, evidence is of supreme importance in science and in just about every other disciple. However, without the framework of a priori logic, all this evidence would amount to nothing.

That's why philosophers have said that “the logic of science” isn't itself scientific (or a science). Science and even naturalism (or empiricism) require logic. Thus science and empiricism (or naturalism) also require the a priori (or a priori justification).


The philosopher Hartry Field is quoted as saying that the

“'links that hold the web of belief together reflect a set of rules that are part of “an evidential system”’.


Devitt offers an example of such a ‘link’ or ‘rule’: modus ponens. We can say that Quinian webs of belief will be full of examples of the rule modus ponens.


What it modus ponens? This:


Is the above an example of the a priori in action? Surely it is. Surely the inference or rule itself instantiates the a priori and can only be known a priori. Indeed how the corbett does Devitt argue otherwise? If modus ponens (which is one of the most common rules or inference patterns) is truly a priori (or known to be true a priori), then it will be at the very core of every Quinian web of belief.


Yet more is said about this relation between a system, S, which is made up primarily of empirical beliefs (or bits of evidence - loosely described) and its (possibly) a priori “deductive parts”. Devitt puts his adversary’s position thus:


“But what about the specific deductive rules that we do have insight into, rules like modus ponens? Even if our overall confidence in S is empirical, our confidence in these deductive parts is a priori. We know MP a priori at least.”


That means that if the system (S) is largely empirical (or our “confidence in S is empirical”), then we still need to answer for the specific deductive rules within it. It's claimed that we do have (rational) ‘insight’ into them (including into modus ponens). We have both confidence in the empirical parts of the system and a priori confidence in the deductive parts. The gist of this argument is that we simply can’t escape from the a priori (at least in the case of systems like S).


Devitt also puts a slightly different slant on all this. Firstly we have the relation between


1a) empirical beliefs (within a system) and their relation to the world (or to experience).


2b) the evidential or deductive links between the beliefs within that system.


Alternatively, we can write:


4b) Beliefs which involve inferential relations among thoughts.


The Cartesian (or rationalist) stresses both 2b) and 4b) above. Or he even excludes entirely 1a) and 3a). (Many externalists, perhaps, do the opposite.) Or, as Devitt puts it, the Cartesian takes only “one of those relations”. That is,


“[w]hy suppose that, simply in virtue of her [the Cartesian] having that relation [as in 2b) and 4b)], reflection must lead her to believe that it does?”.


This seems to set up the Cartesian as a straw target; at least at first glance. In any case, perhaps a philosopher of mind (rather than an epistemologist) is best suited to comment on these issues.

Posted by Paul Austin Murphy at 21:46