G.E. Moore on Certainty and ‘Certainty’ 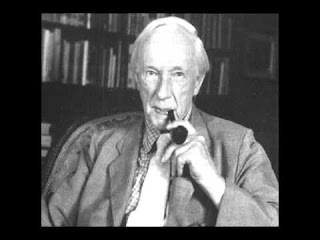 Because Bertrand Russell, A.J. Ayer and many others believed that no empirical statement (or “material-thing statement”) could ever be certain, one target for Russell himself were uses of the word ‘certain’ in ordinary language. As Norman Malcolm put it (or as he puts the “philosopher’s position”):


“... it never has been and never will be right, for any person to say ‘I know for certain that p’, where p is a material-thing statement, is that he regards that form of speech as improper. He regards it as improper in just the same way that the sentence ‘I see something which is totally invisible,’ is improper… in the sense in which every self-contradictory expression is improper.”


Certainly at first glance it doesn't seem that the sentence


“I know for certain that I have two hands.”


is linguistically ‘improper’ or indeed ‘self-contradictory’. The sentence


“I see something which is totally invisible.”


on the other hand, can be seen as linguistically improper and self-contradictory. However, I'm not even sure that I would use the word ‘improper’ about the above. After all, I understand it. I would say, instead, that it must be false or that it does indeed say something which is self-contradictory. I’m just not sure about it being linguistically improper or a ‘misuse’ of language. I’m not even convinced that the sentence


“The colour blue is a little sad today.”


is linguistically improper or a misuse of language. Perhaps Wittgenstein might have said that there could be a language-game in which the above is perfectly proper and the same goes for “I see something which is totally invisible”. Unlike the Wittgensteinian (or maybe not), I would still say it's false and that the former is self-contradictory; whether or not both locutions do indeed belong to their own language-games.


On the other hand, the sentence


“I know for certain that I have two hands.”


We can't escape the fact that even if it is improper or self-contradictory, this sentence is so only according to a prior philosophical theory which we may simply have no knowledge of. And even if we have knowledge of - or a commitment to - it, we can still separate it from our ordinary language locutions and commitments. Not only that: Russell and A.J. Ayer suggested that we use the language of philosophers and not ordinary language when we're tempted to say things like “I know for certain that I have two hands”. They said that only in logic and mathematics can statements be certain. No empirical statement can ever be certain. Thus one must conclude that anything we say about the two hands in front of us can never be certain.


As a riposte to all this, Norman Malcolm quotes G.E. Moore thus:


The philosopher says that Moore’s way of speaking is improper and Moore says that the philosopher’s way of speaking is improper. Moore’s way is improper, according to the philosopher, because we can never be certain about the empirical matter of there being two chairs in a room. The philosopher’s way is improper, according to Moore, because he's using the word ‘certain’ in its strictly logical sense and not how it's used in ordinary language. Both the philosopher and Moore are talking about the correctness or otherwise of “linguistic statements”; not about the truth or falsehood of an empirical fact. According to Moore, “when we sat in a room seeing and touching chairs” it would be simply wrong (according to the dictates or ordinary language) to say that “we believed there were chairs but did not know it for certain, or that it was only highly probable that there were chairs”. Quite simply, phrases like “highly probable” aren't used in ordinary language. Or, if they are, they aren't used in contexts like this: they're used, for example, in sentences such as


“It is highly probable that the Loch Ness monster does not exist.”


“It is highly probable that these chairs in front of me exist.”


Similarly, we can say


“I believe that the Loch Ness monster exists.”


Though we can't say:


“I believe that these chairs in front of me exist.”


Similarly, we aren't certain that God exists; though we are certain that the two chairs in front of us exist. Another way of putting Moore’s point is that if a child were to say “that it was 'highly probable' that there were chairs there, we should smile, and correct his language”.


We can now ask, then, whether or not all these disagreements are really just about language or language-use (i.e., all meta-linguistic in nature), rather than being about whether or not the chairs really do exist or whether we can be certain that they exist.


However, doesn’t this beg the question against Moore’s thesis?


What Malcolm writes next suggests that this isn't just a question of language or meta-linguistics. It is, in fact, about what is expressed by “empirical statements”. Malcolm writes:


“Moore’s reply constitutes a refutation of the philosophical statements that we can never have certain knowledge of material-thing statements… and so shows us that Ayer is wrong when he says that ‘The notion of certainty does not apply to propositions of this kind.’”


Having said that Moore’s position isn't just a question of correct usage, Malcolm does then go on to make a distinction between the phrase


We'll need to know what ‘sense’ the word ‘certain’ (or the phrase “I know for certain”) has when applied to an empirical statement. It clearly can’t have the sense “that the negative of it is self-contradictory”. That sense, then, must be that if we can, say, see and touch our hands or the chairs in front of us, then we have the right to be certain that such things exist (are what the ‘appear’ to be). The ‘negative’ of such empirical statements will indeed not be self-contradictory. That's because these statements aren't supposed to be a priori or logical in nature therefore they don't deal in contradictions or self-contradictions. However, couldn’t we say that it's indeed self-contradictory to say


“I can see and feel these chairs in front of me but I don't know for certain that they exist.”


according to the dictates of ordinary language? That is, it wouldn't (only) be a question of “correcting the language” of the person who uttered the above. In other words, if you can see, feel and kick the chair in front of you, what more do you want? You can't have logical or a priori certainty of this because, well, this isn’t a logical or an a priori statement. So let us, Wittgenstein might have said, keep our language-games apart and by doing so stop this fuss and bother about certainty or the correct use of the word ‘certainty’.

Posted by Paul Austin Murphy at 09:27