Lisa Warenski on Naturalism, Fallibilism and the A Priori 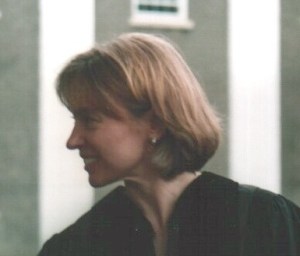 Lisa Warenski is a naturalist. She's committed to the “scientific method”. She characterizes that method by its “ongoing responsiveness of theory to evidence”.

How does the a priori fit into this?

Many apriorists would argue that “some class of claims [are] immune to empirical evidence”. Thus, such a position “would be in conflict with the naturalist’s commitment to scientific method”.

Fallibilism has been an important part of naturalist and empiricist philosophy - especially since C.S. Peirce. One would think that a naturalist and fallibilist would be against the a priori in all its forms. That isn't so in Warenski’s case. She says that

“[t]his fallibilist notion of the a priori accords with the naturalist’s commitment to scientific methodology in that it allows for a priori-justified claims to be sensitive to further conceptual developments and the expansion of evidence”.

Thus not only is Warenski a fallibilist, she also applies her fallibilism to the a priori itself; rather than simply rejecting it. She says that

“[g]iven the overthrow of Euclid’s parallel postulate and the discovery of the set-theoretic paradoxes, an apriorist has reason to be fallibilist about a priori claims independently of considerations of naturalism”.


There's more to this.

Thus “conceptual revision” amounts to a priori revision, according to Warenski. We can now say that “[i]f an a priori claim were to be revised on purely conceptual grounds, the revision would not undermine its a priori status”.


Warenski offers us another interesting example. She writes:

“… Gauss doubted the a priori status of Euclid’s parallel postulate, understood as a claim about physical space; however, he thought it to be empirically corroborated.”

Here again there are two things to conclude from the quote above:


Despite this fusion of naturalism and apriorism (if that’s what it really is), Warenski happily accepts that a naturalist account of the a priori will prove to be, at best, problematic. She gives two primary reasons for this:

“[i]t is hard to think of convincing cases of empirical observations that should count as evidence against elementary principles such as the law of identity or modus ponens”.

However, the rationalist shouldn't think that Warenski is a completely compliant rationalist.For example, she says that “given the peculiarities of quantum mechanics, perhaps there are such possible observations”.

Warenski is more explicit about apriorist fallibilism. She says that


“[a] fallibilist about a priori justification thinks that an a priori claim is empirically indefeasible, but he allows that we don’t know that future conceptual developments will never come to reveal empirical evidence against it”.

That characterization may sound self-contradictory at first sight. She's saying that a priori claim is indefeasible as it stands today; though it may defeasible according to how things stands in the future.

This isn't unlike Rudolph Carnap’s position on analyticity. Thus we can distinguish the following alternatives:

And in the case of fallibilist apriorism:


Warenski’s is clearly aware of one possible riposte to her position:

Posted by Paul Austin Murphy at 04:06