The Quantum World = the Maths 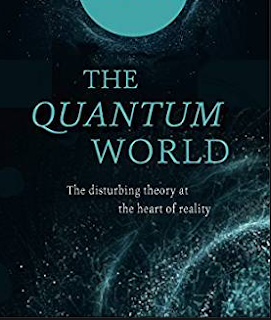 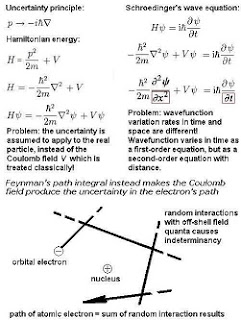 It's often said that the mathematics of quantum mechanics “doesn't say anything about the 'real world'”. That's odd really because if the maths is extraordinarily successful when it comes to predictions, applications, engineering, technology and whatnot, then (almost by definition) surely it must be about the real world. Well, perhaps not about the real world simply because that term is a vague. Though surely the maths is about something that's not itself maths. Is it the real world? I don't really know. What work is the word “real” actually doing here? Is it an implication that we must mirror the world? How does that work? And even if the maths perfectly describes phenomena in terms of their magnitudes, values, strengths, etc., it still doesn't mirror the world. If maths mirrored the world, then it would look - and even be - the same as the world. Thus maths can't mirror the world.

One thing is certainly the case. Without the maths, we'd have almost (or literally) nothing to say about the quantum world – real or otherwise. When it comes to the quantum world, the usual means of ownership (as it were) aren't available to us. That is, we can't observe, feel, smell or (often) even imagine the quantum world. Thus the maths is all we've got. This is excellently expressed in the following passage from John Horgan:

“[M]athematics helps physicists definite what is otherwise undefinable. A quark is a purely mathematical construct. It has no meaning apart from its mathematical definition. The properties of quarks – charm, colour, strangeness – are mathematical properties that have no analogue in the macroscopic world we inhabit.”

So if maths is all we've got, then it's not really a surprise that many physicists (i.e., the more philosophical ones) say that quantum mechanics doesn't really “say anything about the real world”. Or, at the very least, everything's that's said about the quantum world is said by the maths. Thus, all the imagery, picture painting, analogies, etc. aren't really about the quantum world – they're simply the crutches we use in order to get a grip of that world.

So when it's said that Richard Feynman, for example, could only do “quantum theory” (i.e., the maths), then that's not a surprise. That's because the maths is all we've got. And when we stray beyond the maths into “interpretation”, then we (perhaps by definition) can't help but get things wrong. Or at least this is one sceptical scenario we must consider.

So, again, it's not a surprise that even Feynman didn't “know what the maths means”. That may be because the phrase “what the maths means” is almost meaningless. At the very least, there's a hint that we can't go beyond the maths. Yet it's still the case that so many philosophers, and somewhat less physicists, believe that the maths is only second-best to something far deeper.