Patricia Churchland vs. the Functionalists 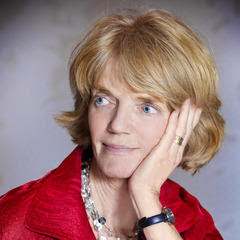 Patricia Churchland has a problem with the fact that many functionalists have “ignored neuroscience”. Indeed they've also “rejected reductionism” (1986). However, I suspect that this is much less true today than it was when Churchland wrote those words in 1986.


Not only do many functionalists ignore neuroscience, they also take some pride in doing so. Or, as Churchland surmises, functionalists may think that


“the less known about the actual pumps and pulleys of the embodiment of mental life, the better, for the less there is to clutter up one's functionally oriented research” (1986).


I would say that the primary reason for this functionalist ignorance of all things neuroscientific is that functionalists believe that “computational (functional) psychology” can only then be seen as an “autonomous science”. They may believe that if neuroscience had the last word on these matters (or if it were all a question of reduction in the end), then such functionalists wouldn't really have any territory they could call their own.


Of course one can be this kind of functionalist and still be a physicalist. Though can functionalists also be reductionists? Yes, in principle; though primarily because of the multiple realizability argument (which is tackled later), that would rarely be the case. In principle, a functionalist could also know lots of neuroscience and still not find his mind “cluttered up” (as Churchland puts it). Indeed he may know loads of neuroscience and argue that all the cognitive sciences should still be seen as autonomous.


According to Churchland, Zenon Pylyshyn puts the case for this neat division of labour thus:


i) “... cognitive scientists will figure out the functional/cognitive...”


ii) “... neuroscientists can untangle the underlying physical devices that instantiate the cognitive 'program'...” (1986)


At first glance it simply seems to be counter-productive to argue that these two departments should never interact (or clutter each other up). It depends, though, on whether that separation is complete or not. And Churchland herself says that it's “doubtful” that “anyone really holds that extreme version of the research ideology” (1986). Nonetheless, Churchland does go on to say that “certainly milder versions [of this approach] have won considerable sympathy”. And she too says that the “autonomy of psychology is the rationale” behind that.

Indeed if pressed (or looking from the outside looking in) it would seem almost impossible for either neuroscientists to ignore psychology or for psychologists to ignore neuroscience. Though, when one looks at the history, one quickly sees that this was indeed the case. Perhaps the most obvious example was the “black box” position adopted by behaviourists from the 1920s to the 1960s. (This was the position in which the mind-brain was simply seen as a receptacle for stimulations or the locus of various inputs and outputs.)


“does not mean that there is something disreputable, unscientific or otherwise unsavoury about high-level descriptions or capacities per se.” (1994)


Churchland says something that may even surprise some philosophers. She argues that reductionism can exist side-by-side with what she calls “high-level descriptions or capacities”.


In any case, reduction is vitally important in many sciences and it comes up with many important results. Nonetheless, it doesn't follow from this that all forms of reductionism have no room for “higher-level descriptions”. Indeed E.O. Wilson put a similar point (though about another area) when he wrote the following:


Churchland herself says that


“research techniques reveal structural organisation at many strata: the biochemical level; then the level of the membrane, the single cell, and the circuit; and perhaps yet other levels, such as brain subsystems, brain systems, brain maps, and the whole central nervous system” (1989).

Nonetheless, E.O. Wilson is of course well aware that the “very word 'reductionism'” has a “sterile and invasive ring, like a scalpel or catheter”. He goes on to say that the


The main argument against reduction in the philosophy of mind is the multiple realisability argument, as first advanced by Hilary Putnam in 1967 in his 'The Nature of Mental States'.


Churchland tackles this subject and makes a distinction between type-type and token-token reductions. The gist of the argument is that just as various types of mental function or state can be multiply realised, so can various types in physics. Basically, that doesn't make the reduction either problematic or unscientific.


Thus reduction in this and in other cases is domain-specific. Or as Churchland puts it:


“The initial reduction in thermodynamics was relative to a certain domain of phenomena, to wit, gases...”


However, this domain-specificity, according to Churchland, still means that “it was a bona fide reduction for all that”. As a result, did it make thermodynamics a special science (as psychology, economics, etc. are seen as special sciences)? Not according to Churchland. She says that that thermodynamics isn't “independent and separate from physics”.


Does that means that the special sciences aren't “independent and separate from physics” either? Surely it does.


In fact Churchland deals with the case of psychological functionalism and multiple realisability herself. She says that


“if human brains and electronic brains both enjoy a certain type of cognitive organisation, we may get two distinct domain-relative reductions” (1986).


Churchland concludes by saying that the “domain-relative” reductions just discussed aren't thereby “phony reductions or reductions manqué”. And it “certainly does not mean that psychology can justify [its] methodological isolation from neuroscience” (1986).


All this can clearly be distinguished from, say, the attempt to reduce a single person's mental state (qua token) to its physiological and physical reduction-base. Then again, mental types are also problematic, as we will now see.


Take, for example, Jaegwon Kim's solution to all this: it seems to be old-style reductionism. Or at least he puts the reductionist position when he says that the “reductionist identifies pain with neural state N”. The question is whether or not pain can be seen functionally. And even if it isn't seen that way, is it still problematic from a scientific point of view?


Kim does argue that pain as a "scientific kind... must go” and that elimination or reduction is the answer. That's primarily because - in Kim's case at least - of the problems associated with what's just been discussed: the multiple realisability of mental kinds in many and various physical substrates.


This is what Kim himself writes on this subject:


“.... the frank acknowledgement that MR [multiple realisability] leads to the conclusion that pain as a property or kind must go. Local reduction after all is reduction, and to be reduced is to be eliminated as an independent entity.” (1992)


Kim accepts that pain and mental states/qualities exist: it's just that he doesn't deem them to be scientific kinds or properties.


It's ironic that many of the functionalists and cognitive scientists who accuse all and sundry of being “dualists” should themselves be categorised in this way.


For example, many call John Searle a dualist. Searle, in return, says that those who stress function and ignore biology are effectively creating a non-material Cartesian reality populated with functions or computations (i.e., rather than with “ideas” or “thoughts”). Patricia Churchland, on the other hand, doesn't use the word “dualist”, though she does say the following:


“Many philosophers who are materialists to the extent that they doubt the existence of soul-stuff nonetheless believe that psychology ought to be essentially autonomous from neuroscience, and that neuroscience will not contribute significantly to our understanding of perception, language use, thinking, problem solving, and (more generally) cognition.” (1989)


Put that way, it seems like an extreme position. Basically, how could materialists (when it comes to the mind) possibly ignore the brain? It's one thing to say that “psychology is distinct from neuroscience”: it's another thing to say that psychology is “autonomous from neuroscience” and that “neuroscience will not contribute significantly to our understanding” of cognition and whatnot. Sure, the division of labour idea is a good idea. Though to see the “autonomous” in “autonomous science” as being about complete and total independence is surely a bad idea. In fact it's almost like a physicist stressing the independence of physics from mathematics.


Churchland thinks that biology matters. In this, she has the support of many others.


For example, the Nobel laureate Gerald Edelman says that the mind


“can only be understood from a biological standpoint, not through physics or computer science or other approaches that ignore the structure of the brain” (1996).


In addition, you perhaps wouldn't ordinarily see Patricia Churchland and John Searle as being bedfellows; though they are on this issue. So it's worth quoting a long passage from Searle which neatly sums up some of the problems with non-biological theories of mind. Searle writes:


In a sense, then, if one says that biology matters, one is also saying that functions aren't everything (though not that functions are nothing). Indeed Churchland takes this position to its logical conclusion when she more or less argues that in order to build an artificial brain one would not only need to replicate its functions, but also everything (physical) about it.


Here again she has the backup of Searle. He writes:


Of course we can say that we can have an artificial mind without having an artificial brain. Though isn't it precisely this position which many dispute (perhaps Churchland does too)?


In any case, to use Churchland's own words on this subject, she says that


“it may be that if we had a complete cognitive neurobiology we would find that to build a computer with the same capacities as the human brain, we had to use as structural elements things that behaved very like neurons” (1986).


Churchland continues by saying that


“the artificial units would have to have both action potentials and graded potentials, and a full repertoire of synaptic modifiability, dendritic growth, and so forth”.

It gets even less promising for functionalism when Churchland says that


“for all we know now, to mimic nervous plasticity efficiently, we might have to mimic very closely even certain subcellular structures”.


Put that way, Churchland makes it sound as if an artificial mind (if not artificial intelligence) is still a pipe-dream.


In any case, Churchland sums up this immense problem by saying that


“we simply do not know at what level of organisation one can assume that the physical implementation can vary but the capacities will remain the same”.


Churchland puts the icing on the cake herself by stressing function. Or, more correctly, she stresses the functional levels which are often ignored by functionalists.


Take the cell or neurone. Churchland writes that


“even at the level of cellular research, one can view the cell as being the functional unit with a certain input-output profile, as having a specifiable dynamics, and as having a structural implementation in certain proteins and other subcellular structures” (1986).


Basically, what's being said here is that in many ways what happens at the macro level of the mind-brain (in terms of inputs and outputs) also has an analogue at the cellular level. In other words, functionalists are concentrating on the higher levels at the expense of the lower levels.


Another way of putting this is to say what Churchland herself says: that neuroscientists aren't ignoring functions at all. They are, instead, tackling biological functions, rather than abstract cognitive functions.


Churchland, Patricia, 'Can Neurobiology Teach Us Anything about Consciousness?' (1994)
- 'Reductionism and Antireductionism in Functionalist Theories of Mind' (1986), in The Philosophy of Mind: Classical Problems/Contemporary Issues (1992/1997), edited by Brian Beakley and Peter Ludlow.
- 'Neural Representation and Neural Computation' (1989)
Edelman, Gerald, quoted in John Horgan's The End Of Science (1996)
Kim, Jaegwon, 'Multiple realization and the metaphysics of reduction' (1992)
- 'Mental Causation' (chapter 6) in his Philosophy of Mind (1996)
Searle, John, 'Consciousness' (1999)
Wilson, E.O., quoted in What Philosophers Think (2003), edited by Julian Baggini and Jeremy Stangroom.
- Consilience: The Unity of Knowledge (1998)

Posted by Paul Austin Murphy at 08:39