Simple Problems with the Law of Excluded Middle? 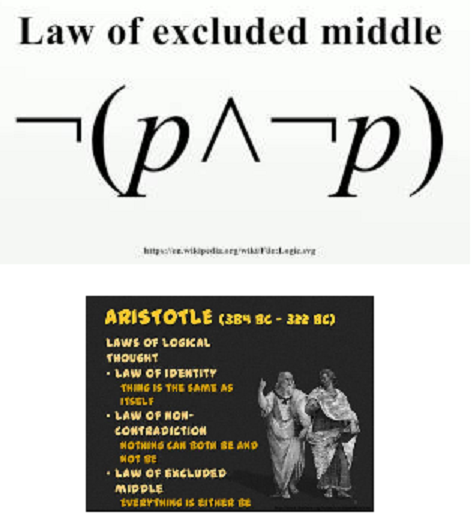 To state the Law of Excluded Middle in formal terms:

Indeed the Latin has it that the law states tertium non datur: "no third [possibility] is given"...

One point to note is that the LEM can be seen as either a semantic or an ontological principle – or, indeed, as both. However, philosophers and logicians have tended to stress either one or the other, not both. (This may seem odd because LEM is often expressed in propositional terms and uses the symbol p.)

The Law of Excluded Middle is semantic in the sense that any statement of it is true by virtue of meanings of the words which express it. That is, according to their semantics. However, as various philosophers have put it, the LEM is also “true of the world itself”. (Others have said is that it's “true of thought itself”.) That can mean that even if the statement

Boris Johnson is either mortal or not mortal.

were never uttered or expressed, then it would still be the case that Boris Johnson is either mortal or not mortal. That is:

i) If no one had ever expressed P (which they might not have done until now), or even if we didn't have a notion of mortality,
ii) then it would still be the case that P is either true or false.

Aristotle himself made this point in his Metaphysics. Thus:

“It is impossible, then, that 'being a man' should mean precisely 'not being a man', if 'man' not only signifies something about one subject but also has one significance... And it will not be possible to be and not to be the same thing, except in virtue of an ambiguity, just as if one whom we call 'man', and others were to call 'not-man'; but the point in question is not this, whether the same thing can at the same time be and not be a man in name, but whether it can be in fact.”

Aristotle summed up this inelegant passage much more simply when he stated that "it will not be possible to be and not to be the same thing".

In propositional logic, this can be expressed as ¬(p ∧ ¬p). (Note that the Law of Excluded Middle isn't the same as the Principle of Bivalence, which states that a proposition p is either true or false.) That logical statement just made (i.e., ¬(p ∧ ¬p)) includes the symbol p, which means it's about a proposition. Thus ¬(p ∧ ¬p) is a propositional version of the ontological LEM. This means that the LEM can also be written in this way: ¬(A ∧ ¬A); in which A symbolises something non-semantic or non-propositional.

It can be said that the statement “Boris Johnson is either mortal or not mortal” also includes hidden premises (such as “Boris Johnson is a human being”, “All human beings are mortal”, “Mortal beings die”, etc.). Alternatively, as W.V.O Quine might have said, we need to know the specific definitions of the words contained in the statement in order for it to work as an example of the Law of Excluded Middle. Having said that, the symbol p can also be seen as an autonym (i.e., self-referential). That is, as a symbol with no specific content (as also with the variables x and y).

Isn't that an instance of the Law of Excluded Middle? However, suppose this man is half in and half out of the room.

If this man is only half in the room, then he’s still in the room. The Law of Excluded Middle (or its statement) doesn't stipulate how much of his body needs to be in the room. It simply states that he's either in the room or he isn’t. This doesn’t stop him from being half out of the room either. The LEM would only be non-applicable if no part of this man were in the room. Thus saying

isn't the same as saying

He's half in and he's half out of the room.

The same goes for this statement:

The ball is either black or it's not black.

Someone may now say:

What if the ball is half black?

Again, if you want to talk about a black-and-white stick (rather than an all-black stick), then the LEM can easily accommodate it. The statement would then be:

So we're talking about a particular stick which happens to be both black and white. Now someone may reply:

Well, in fact the stick also has little flecks of grey on it.

So be it. Now we can reply with this:

Thus we need to specify which object or part of an object the statement refers to. The original claim about something being black was exclusively about the colour black, not about a black-and-white stick. To contradict it, one is essentially saying that black is not black, which is a denial of the Law of Identity (i.e., A = A). The LEM is derived from - and dependent upon - the Law of Identity.

Here's another case which is highlighted by the logician and philosopher Graham Priest.

Priest cites (in his 'Logicians Setting Together Contradictories') the example of radioactive decay. He asks us the following question:

“[S]uppose that a radioactive atom instantaneously and spontaneously decays. At the instant of decay, is the atom integral or is it not?”

Yet couldn't the atom be neither integral nor non-integral when it instantaneously and spontaneously decays? (Priest talks of either/or or “one or the other”; not neither/nor.) Or, alternatively, at that point in time it may not be an atom at all.

This appears to be a temporal problem which must surely incorporate definitions - or philosophical accounts - of the concepts [instantaneously] and [spontaneously]. Nonetheless, if they define time instants which don't exist (i.e., the period from t to t1 doesn't exist), then Priest may have a point. However, can an atom - or anything else - “decay” (or do anything) in a timespan which doesn't actually exist? How can decay - or anything else - occur if there's no time in which it can occur?

So what of Priest's own logical conclusion when it comes to atomic decay? He claims that the aforementioned atom

“at the point of decay is both integral and non-integral”.