Ladyman and Ross on Quantum-Mechanical Particles (3) 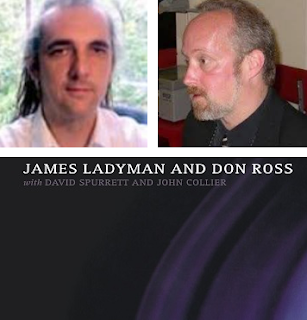 In their well-known and controversial book, Every Thing Must Go: Metaphysics Naturalized, James Ladyman and Don Ross give a very concrete example of the physics which underlies the problematic nature of seeing elementary particles as single things.

Firstly, Ladyman and Ross put the position of classical physics:

“[C]lassical physics assumed a principle of impenetrability, according to which no two particles could occupy the same spatio-temporal location. Hence, classical particles were thought to be distinguishable in virtue of each one having a trajectory in spacetime distinct from every other one.”

Take the notion of impenetrability.

Thus one can immediately ask the following definitional question:

If two particles can (or do) occupy the same spatiotemporal location, then is it correct to talk about two particles in the first place?

In consequence, the second part of the classical picture is either rejected or questioned. That second part (which follows from the first) is that

“classical particles were thought to be distinguishable in virtue of each one having a trajectory in spacetime distinct from every other one”.

Clearly, if the penetrability argument is true and two particles may occupy the same location, then each particle can't be seen to have its own trajectory in spacetime. In other words, it will share that trajectory with other particles.

“Thus for everyday objects and for classical particles, the principle of the Identity of Indiscernibles is true...”

What about the notion of individuals?

Ladyman and Ross then offer us two statements which they believe summarize the position of “standard metaphysics” on, if not particles, then on what they call “individuals”.

In addition, it's simply false that metaphysicians have accepted all that's claimed in (i). Randomly, take the various monists and holists in history and also philosophers like F.H. Bradley and A.N. Whitehead. They certainly didn't believe that individuals are “independent of each other”.

What about Ladyman and Ross's second statement? They say that “standard metaphysicians assume” the following:

(ii) “Each has some properties that are intrinsic to it.”

So what, in very basic terms, do essentialists believe?

They believe that an individual “has some properties that are intrinsic to it”. However, here again it can be said that some/most of the ontologists who've (broadly speaking) accepted the bundle theory of individuals could also be classed as anti-essentialists in that they would have denied the statement that each individual must have at least some intrinsic properties (other than the "substratum", etc).

One method for distinguishing two individuals/objects is basically Quine's reworking of Leibniz. Quine called it “absolute discernibility”. Ladyman and Ross express his position this way:

“Quine called two objects... absolutely discernible if there exists a formula in one variable which is true of one object and not the other.”

This is a reworking of Leibniz (with the addition of references to “formulas”). Thus:

One way a and b can be deemed to be “absolutely discernible” is if they “occupy different positions in space and time”.

According to Ladyman and Ross,

“[m]oments in time are relatively discernible since any two always satisfy the ‘earlier than’ relation in one order only”.

This clearly makes a moment in time relational in nature. Or at least its relatively discernible nature is accounted for by its relational nature (i.e., “earlier than” and “later than”).

What's just been said about time is similar to what's also said about space (as well as the “mathematical objects” which measure it). Ladyman and Ross write:

“An example of mathematical objects which are not absolutely discernible but are relatively discernible include the points of a one-dimensional space with an ordering relation...”

Here there's a fusion of points in space with moments in time. Thus x and y are absolutely discernible because x is before (or “earlier than”) y or x is after (or “later than”) than y. In other words, x can't be both earlier than and later than y (as well as vice versa) at one and the same time.

We can also say that because of the spatial differences between Max Black's two spheres (in his well-known thought experiment), sphere a and sphere b can only be classed as “weakly discernible” on Ladyman and Ross's picture.

Ladyman and Ross make Max Black's example more concrete (as well as scientific) by talking about fermions instead of spheres (which are a mile apart). According to Ladyman and Ross:

“Clearly, fermions in entangled states like the singlet state violate both absolute and relative discernibility...”

Fermions “in entangled states like the singlet state” aren't absolutely discernible because there are neither spatial nor temporal means to disentangle each fermion from other fermions. (Hence the technical term “entanglement”.) However, Max Black's two spheres are also spatially indiscernible in that they're in constant movement around a figure of eight. Thus sphere a would be continuously occupying a spacial point which had only just been occupied by sphere b – as well as vice versa. (The only way out of this would be to either literally or imaginatively freeze the movements of both spheres – though surely that's unacceptable and it defeats the object.)

It can be seen that the notion of fields plays an important part in Ladyman and Ross's philosophy. The central argument is that fields and particles are intimately connected. Indeed they're so strongly connected that a distinction between the two hardly seems warranted.

Ladyman and Ross's position on the fields of physics can be traced back to - among others - Ernst Cassirer. (Cassirer died in 1945.) Indeed Ladyman and Ross have much to say about Cassirer. For example, they wrote the following:

“OSR [ontic structural realism] agrees with Cassirer that the field is nothing but structure. We can’t describe its nature without recourse to the mathematical structure of field theory.”

What Ladyman and Ross say about Ernst Cassirer's position on objects is almost exactly the same as their own. Indeed it was also quantum mechanics which provided Cassirer with the motivation to reject “individual objects”. Ladyman and Ross write:

“Ernst Cassirer rejected the Aristotelian idea of individual substances on the basis of physics, and argued that the metaphysical view of the ‘material point’ as an individual object cannot be sustained in the context of field theory. He offers a structuralist conception of the field.”

One can firstly ask whether or not a commitment to the existence of objects is also automatically a commitment to “individual substances”; as well as to intrinsic (essential) properties. (As stated earlier on.)

We can also ask whether or not these positions equally applicable to objects in the macro-world. Let's put it this way. Ernest Cassirer's and Ladyman and Ross's positions are far more acceptable when applied the the quantum world than when applied to the "classical world" (or the world of "Kantian experience"). More precisely, all this is far easier to swallow in the “context of field theory” than it is in relation to human beings or cups of tea.

There's also the problem of distinguishing particles from the states or fields they “belong” to. Thus, in an example given by Ladyman and Ross, we can interpret a given fields/particles situation in two ways:

i) A two-particle state.

ii) A single state in which two “two particles [are] interchanged”.

Since it's difficult to decipher whether it's a two-particle state or a single state in which two particles are interchanged, Ladyman and Ross adopt the “alternative metaphysical picture” which “abandons the idea that quantum particles are individuals”. Thus all we have are states. That means that the “positing individuals plus states that are forever inaccessible to them” is deemed (by Ladyman and Ross) to be “ontologically profligate”.

Ladyman and Ross back-up the idea that states are more important than individuals (or, what's more, that there are no individuals) by referring to David Bohm's theory. In that theory we have the following:

“The dynamics of the theory are such that the properties, like mass, charge, and so on, normally associated with particles are in fact inherent in the quantum field and not in the particles.”

In other words, mass, charge, etc. are properties of states or fields, not of individual particles. However, doesn't this position (or reality) have the consequence that a field takes over the role of an individual (or of a collection of individuals) in any metaphysics of the quantum world? Thus does that also mean that everything that's said about particles can now be said about fields?

On Bohm's picture ( if not on Ladyman and Ross's) “[i] t seems that the particles only have position”. Yes; surely it must be a particle (not a field) which has a position. Indeed particles also have trajectories (if probabilistically accounted for) which account for their different positions.

Ladyman and Ross spot a problem with Bohm's position. That problem is summed up in this way:

If all we have is trajectory (as with structure), then why not dispense with particles (as individuals at least) altogether?

This is how Ladyman and Ross themselves explain their stance on Bohm's theory:

“We may be happy that trajectories are enough to individuate particles in Bohm theory, but what will distinguish an ‘empty’ trajectory from an ‘occupied’ one?”

Here again Ladyman and Ross are basically saying that if all we've got are trajectories (part of the “structure”), then let's stick with them and eliminate particles (as individuals) altogether.

“[s]ince none of the physical properties ascribed to the particle will actually inhere in points of the trajectory, giving content to the claim that there is actually a ‘particle’ there would seem to require some notion of the raw stuff of the particle; in other words haecceities seem to be needed for the individuality of particles of Bohm theory too”.

If Ladyman and Ross's physics is correct, then what they say makes sense. Positing particles seems to run free of Occam's razor. That is, Bohm is filling the universe's already-existing “ontological slums” with yet more superfluous entities.

One way of interpreting this is by citing two different positions. Thus:

i) The positing of particles as individuals which exist in and of themselves.

ii) The positing of particles as part of a package-deal which includes fields, states, trajectories, etc.

Then there's Ladyman and Ross's position.

iii) If there are never particles in splendid isolation (apart from fields, etc.), then why see particles as individuals in the first place?

Ladyman and Ross are a little more precise as to why they endorse iii) above. They make the metaphysical point that “haecceities seem to be needed for the individuality of particles of Bohm's theory too”. In other words, in order for particles to exist as individuals (as well as to be taken as existing as individuals), they'll require “individual essences” in order to be individuated. However, if the nature of a particle necessarily involves fields, states, other particles, trajectories, etc., then it's very hard (or impossible) to make sense of the idea that it could have an individual (or any) essence.

In simple terms, a specific particle and indeed all particles are parts of package-deals. Particles simply can't be individuated without reference to extrinsic or relational factors. Thus particles simply aren't individuals at all. Nonetheless, can't all this also be said about objects in the large-scale world too – that is, about human beings/persons, tables, chairs and so on?

Posted by Paul Austin Murphy at 05:16