Wittgenstein and Heidegger on Faith and Reason 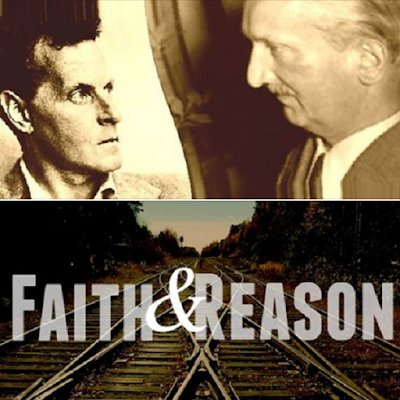 “No one, it is true, will be able to boast that he knows that there is a God…No, my conviction [that God exists] is not logical, but moral certainty…it rests on subjective grounds.” - Immanuel Kant, Critique of Pure Reason, 'Transcendental Method')

Ludwig Wittgenstein believed that it's entirely counterproductive - and against the very essence of religion (or Christianity) - to try to justify one’s beliefs with philosophical arguments. We simply don’t get the gist of Christianity (or religion generally) if we indulge in such a pointless practice. Wittgenstein felt (as Martin Heidegger also did) so strongly about this that he believed that Roman Catholicism had placed too much weight on reason and argumentation when it comes to religious belief. Wittgenstein himself wrote:

“It is a dogma of the Roman Catholic Church that the existence of God can be proved by natural reason. Now this dogma would make it impossible for me to be a Roman Catholic.” (1930)

This was partly the reason why Martin Heidegger placed so much faith in Duns Scotus - rather than in Thomas Aquinas. The Scottish philosopher and theologian, after all, deemphasised the importance Aquinas and other philosopher theologians had put on reason in theological and religious debates. He, instead, reiterated the prime importance of unadulterated faith. (Something which existed, then, well before the rise of Protestantism.)

In addition, like Kant before him, Wittgenstein believed that we must sweep away the grand pretensions of “reason” (a word that Wittgenstein himself infrequently used) and make way for a faith and a spirituality which were untouched by philosophy – and even by theology.

This Wittgensteinian position wasn't something that was always adhered to by Heidegger.

Heidegger had a more ambivalent attitude to the relation between religion/spirituality and theology/philosophy. For example, Wittgenstein - especially early Wittgenstein - believed that the two domains were completely separate. Heidegger, on the other hand, didn't believe this.... At least not until his “late period” (i.e., “the turn”) in which Heidegger attempted to literally obliterate metaphysics and even theology from his new - more mystical - brand of philosophy/theology - or “ontotheology” and “ontic-theology”.

Before all that, Aquinas believed that a proof of God’s existence is possible and had, in fact, already been achieved; whereas Heidegger’s Duns Scotus believed that it was impossible. Or, at the least (like Wittgenstein after him), Scotus believed the such a proof isn't needed and is in fact even anti-Christian. (Aquinas, however, also believed that proof isn't needed; though only in the case of uneducated Christians.) It's not just that proof was impossible for Wittgenstein: the idea of proof itself was suspect and essentially beside the point when it comes to religious beliefs and feelings.

So, yet again, Wittgenstein cohered with Kant: proof and rational belief aren't needed when it comes to religious belief and faith. (Ironically enough, Kant - unlike Wittgenstein - provided dense and detailed arguments to back up this position.) Although Wittgenstein wasn't a Protestant (unlike the Pietist Kant before him – although the influence of Pietism on Kant's philosophy has been disputed), he too thought that science and philosophy (if not “reason”) needed to be swept away in order to make room for faith. Of course it isn't been claimed here that Wittgenstein himself would have ever put it in quite like that. Nevertheless, Wittgenstein did think that the mimicking of scientific and rationalist thought isn't the right way for a spiritual or religious person to behave (as Kant also believed). On the other hand, a Wittgensteinian (i.e., not Wittgenstein himself) may however replying by arguing that the same kind of evidential criteria (i.e., scientific criteria) isn't needed for religious belief. However, religions do have their own kinds of evidence. It can now be argued, in response, that the very notion of evidence simpliciter (in the context of religion and faith) was highly suspect for Wittgenstein (in the sense that “faith alone” (sola fide) is the thing that we truly need).

One can see these positions in Wittgenstein's works that either preceded or were contemporaneous with the Tractatus.

And like Wittgenstein in his Tractatus, Franz Rosenzweig (1886 – 1929) believed that the world, man and God are essentially outside the ambit of reason (or outside empirical science and philosophy, in Wittgenstein’s case). Rosenzweig, therefore, spoke of the “meta-logical”, the “meta-ethical”, and the “meta-physical”. That is, Rosenzweig believed that the essential dimensions of the world, man and God are “hidden” and couldn't be discovered (or conquered) by reason. And neither could they be victims of a naturalistic reduction (or explanation) in terms of any other elements of the world (1921). Despite that, Wittgenstein’s position on “the world” (though not on man and God) differs in some ways from Rosenzweig’s. This was because a positivistic, scientific and analytic environment surrounded Wittgenstein from his early years. This therefore influenced his views on the world; though not his views on man, and certainly not on God. Rosenzweig, on the other hand, was a philosopher of religion who hadn't been particularly tainted by these traditions on the outside of German theology and philosophy of religion. He therefore applied his philosophical theories not just to God and man, but also to the world itself.

There are other parallels which can be made between Wittgenstein and other continental philosophers - indeed also with theologians and philosophers of religion.

Like Wittgenstein and Kant before him, Martin Buber (1878-1965) was suspicious of the “rationalist theological tradition”. He once claimed that he knew of no cogent proof of God’s existence. Not only that: he said that if such a thing existed, he would have rejected it. Buber wrote:

“I have no metaphysics on which to establish my faith…My philosophy…does not serve a series of revealed propositions…but an experienced, a perceived attitude that it has been established to make [it] communicable.” (1967)

The passage above perfectly describes Wittgenstein's position; and, if to a lesser extent, Heidegger's.

Posted by Paul Austin Murphy at 22:21