What are Symbols & Representations?


It can be said that symbols are a kind of representation; even though some symbols (or 'symbols' in inverted commas) can function - as in a computer - without having any representational content (i.e., they rely on syntax alone). Of course not all representations are model-like and they're certainly not image-like. What matters is that they represent and that representation (or symbolisation) can take many forms. (Models and images clearly don't work that way.)


One basic point you can subtract from van Gelder is that his model and the models he favours are simply more scientific – or biological – than their rivals.


For example, when he talks about his own preferred governor, its ostensible superiority arises from the fact that


“the states through which it evolves are not configurations of symbols but rather numerically measurable arm angles and rates of change of arm angle”.


Of course one will immediately need to clarify why this is more scientific or biological.


For a start, symbols are created by persons: they aren't biological. In that basic sense, the idea of there being symbols in the brain is unscientific. (This isn't to say that the nature of human symbols can't be treated scientifically.) Of course all this partly depends on how literally the word 'symbol' is taken by philosophers of mind and cognitive scientists. To some, it's taken literally and to others it's taken metaphorically or analogically. However, the argument may be that even when the use of the word 'symbol' is taken metaphorically or analogically, it's still controversial from a strictly scientific (or biological) point of view. 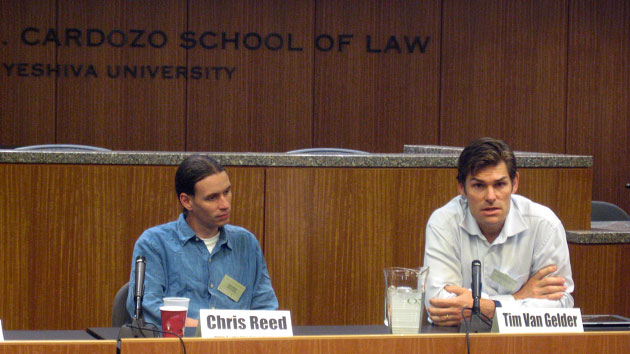 
Van Gelder firstly goes into detail as to what this representational governor actually does. He writes:


“The very first thing it does is measure its environment (the engine) to obtain a symbolic representation of current engine speed.”


These representations, however, are simply means to a mechanical end. Van Gelder continues:


“It then performs a series of operations on this and other representations, resulting in an output representation, a symbolic specification of the alteration to be made in the throttle valve...”


The basic point is that all this could be done without having representations. More relevantly, it could all happen without us (on the outside) seeing things in terms of representations. However, if we do see things in representational terms, then we must also see them in computational terms. That is, we will think that the “computational” governor “literally computes the desired change in throttle value by manipulating symbols according to a schedule of rules”. After all that we'll have an “output”, which, in this case, is the governor “acting on its environment”.


What's happening here is that we're seeing the governor as some kind of analog of both a computer and a mind. We see what van Gelder calls the “computational governor” as a “device capable of carrying out some set of basic operations (measuring, subtractings, etc.)”.


To repeat, we can still say that there's no need for all this (mild) anthropomorphism (or symbol-fixation) because everything that happens is thoroughly causal and mechanical and could happen just as it does happen without representations or symbols. (This isn't to say that things with symbols or representations can't involve causal processes.)


So far I've only talked about van Gelder's representational/symbolic governor. However, all this is but a prelude to talking about human minds or “cognitive systems”.


Here it's not about “devices that transform symbolic inputs into symbolic outputs”: it's about “complexes of continuous, simultaneous, and mutually determining change”. In other words, it's about the causal relations between the outside and the inside (which, in this governor's case, can be numerically measured).


I've just mentioned that this governor-talk is but a prelude to mind-talk. In van Gelder's case, I should actually say mind-body-and-environment talk. What we're talking about here is “the nervous system, body, and environment”. That nervous system, body and environment “are all constantly changing and simultaneously influencing each other”. As a consequence of that, van Gelder says that “the true cognitive system is a single unified system embracing all three”.


The “symbolic mind”, on the other hand, “interact[s] with the body and the external world by means of the occasional static symbolic inputs and outputs”. Here the representation or symbolisation of the world - rather than the dynamical causal contact with it - is paramount. When it comes to symbolic cognitive systems, the direction seems to be all one way: from mind to world. With dynamical systems, on the other hand, the causal arrow goes in both directions: from world to mind and from mind to world.


More technically, in one passage there's talk of “numerically measurable arm angles” and “rates of change of arm angle”. All this can be seen within a strictly causal and non-symbolic (or non-representational) framework. That is, the causal forces on the governor's arms and the rates of changes of its arm-angles can both be measured numerically.


All that's being done here is the measurement of differences which have been brought about by causal forces on the governor (or on parts of the governor) by its other parts.


It's true that it can now be said that numbers (or numerical measurements) have taken the place of symbols or representations (at least in a certain respect); though the numerical calculations don't symbolise or represent what it is they measure – they simply, well, measure it. What's being measured is literally the world's causal impact on the governor and the causal impact of parts of the governor on its other parts. In that respect, what's happening here is simply applied physics. Nothing is being represented, symbolised or even modelled.


Van Gelder goes into more detail about his centrifugal governor and again stresses its lack of reliance on symbols. More clearly, instead of a system which utilises “configurations of tokens of symbol types”, van Gelder's governor is a


“concrete dynamical system made up of quantities changing in a way that corresponds to the numerical sequences specified by the rule of evolution”.


Here again things are numerically measured rather than symbolised or represented. Thus there should be nothing that's manifestly problematic to a biologist or a physicist. (It will need to be specified how to take van Gelder's reference to “the rule of evolution”.)


I've used the phrase “numerical measurements” a few times so far. Van Gelder borrowed this idea from what's called “dynamical modelling”. Van Gelder says that this is a


“branch of applied mathematics which attempts to describe change in real-world systems by describing the states of the system numerically and then writing equations that capture how these numerical states change over time” .


To put more meat on this bone, van Gelder says that


“Maxwell's original dynamical analysis, and contemporary mathematical treatments, all describe the arm angle and its role in the operation of the governor in nonrepresentational terms".


Why is that? The answer is simple: “the governor contains no representations.” Again, the mathematics (or the numbers/equations) neither symbolise nor represent – they simply measure.


Again, does it pass over? For a start, the centrifugal governor is far more simple than the mind and of course it doesn't depend on a biological brain. Nonetheless, none of that may matter for the point that van Gelder is trying to establish. In other words, simply because the cognitive mind depends on the biological brain (as well as being far more complex than centrifugal governor), it doesn't automatically follow from this that the brain-mind system is more likely to contain and work upon symbols/representations than a mechanical device. In fact complexity and biology (or lack thereof) may be irrelevant to van Gelder's argument.