Philosophy Now - "What are the moral limits to free speech?" 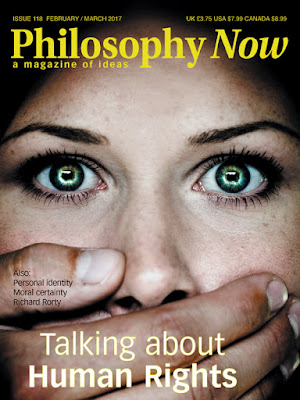 "What are the moral limits to free speech?

It's odd really. Many people claim to be strongly in favour of free speech. Yet, as soon as you scratch the surface, you'll quickly find that almost all the people you talk to quickly realise (or acknowledge) that there must be at least some limits to free speech.

But there's a problem here.

People cite very different reasons as to why there should be limits to free speech. They also cite different examples of the kind of speech they believe should be limited (or made illegal). Having said that, it's also true that there are some well-known limits to free speech which almost everyone agrees upon. (Such as “shouting 'Fire!' in a crowded cinema” or encouraging paedophilia in public spaces.) Nevertheless, other proposed limits to free speech often tend to simply reflect people's extremely specific political biases. And because of that, it can be said that free speech would be drastically curtailed if all our political biases were acted upon by the state or by the legal system.

So perhaps any limits which are placed on free speech should be given a moral – i.e., not a political – justification. (Of course this is hinted at in the opening question.) Yet some people may now say that morality and politics are firmly intertwined when it comes to free speech! However, surely the two can be separated if the proposed limits on free speech are given abstract moral (as well as philosophical) justifications. In that way, even people who strongly disagree when it comes to politics could (at least in theory) accept such limits if they were given such moral justifications.

Despite all that, almost every moral justification of a limit to free speech will have its exceptions and opponents. It's also the case that extreme or perverse limitations on free speech could be morally justified. (Such as the argument that allowing people to debate race or violence will inevitably encourage racism or violence.) Self-referentially speaking, even limiting (or banning) the public discussion of the question “What are the moral limits to free speech?” could be morally justified.

Surely this must mean that no single moral justification of the limits of free speech will ever receive universal approval or acceptance. Nonetheless, a complete consensus may not be required in the first place. After all, no philosophical, moral or political justification or position will ever please everyone. And that, of course, isn't necessarily a bad thing.