Karl Popper on the Infinite Variety of Facts 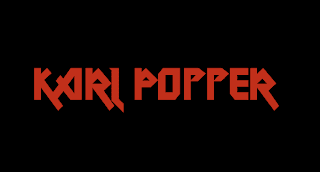 So these theories, or even prejudices, act in a similar manner to the un-argued premises or axioms in arguments or logical/mathematical systems. That is, because of the infinite amount of facts that are possible candidates for comment and research, something prior is required to get the ball rolling; just as the sceptical doubt in the very act of doubting must presuppose certain things that are beyond doubt (at least within specific contexts). The theory, or prejudice, then, allows the theorist to do some ‘proper ignoring’ of certain facts or possible facts, as David Lewis put it (“within the context” of epistemology). The theory, in a certain sense, selects what facts should be concentrated upon and which should be ignored. It therefore determines the scope of the investigation and research. Without an a prior theory or prejudice, as it were, the theorist would be faced with a manifold of possible facts. Such a bombardment would serve no purpose in either science or philosophy.  As Popper puts it:

“… a science is not merely a ‘body of facts’. It is, at the very least, a collection, and as such it is dependent upon the collector’s interests, upon a point of view. In science, this point of view is usually determined by a scientific theory; that is to say, we select from the infinite variety of facts, and from the infinite variety of aspects of facts, those facts and those aspects which are interesting because they are connected with some more or less preconceived scientific theory.” (259)

The scientist must have ‘interests’ and ‘points of view’. More than that: his interests and points of view help determine the direction in which his investigations go. Indeed without such interests and perspectives, the scientist would not in effect go in any direction in his investigations. He would be in a continual state of cognising more and more facts, without a hope of connecting them or making sense of them. This is also some kind of selection process. Not all possible facts are open to investigation or analysis. Many must be disregarded and the rest are selected. Without such selection, the scientific project itself would not even begin. The facts that will be selected, therefore, are ones that help legitimise the theory which itself is responsible for determining the selection process. It could be said, therefore, that there is a certain circularity involved here. That is, the theory selects the facts to investigate, and those very facts may help to legitimise the theory that is doing the selection.

The above could easily be rewritten in this way:

So just as in science, so too in politics and even everyday life, we must in a sense select the facts and bits of information that will help us make sense of the world around us. We cannot be open to the manifold or the infinite. And even if we were, such a state wouldn’t get us anywhere. It would result in some kind of endless list and description of an indefinite amount of facts and bits of information. But what point would that serve? It was just be a glorified list with no practical or theoretical purpose; just as the ‘accumulation of facts’ theory of science is a complete parody of actual science. Something needs to guide us, whether a theory, an ideology, a prejudice, an interest, a bias, or mixture of these.

In the end, we build up a securer and securer ideological edifice. The problem is, of course, that the foundation of this ideological edifice may be insecure because it is based on prejudice and/or falsehoods.
Posted by Paul Austin Murphy at 08:33