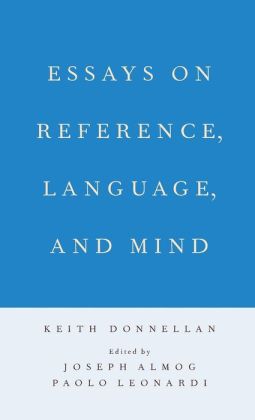 Keith Donnellan believes that the statement


isn't even a bona fide proposition; let alone a true or false one. In his paper, ‘Speaking of Nothing’, he says that

“can one even speak and be understood when using a singular expression with no referent?” (pp, 6-7)


However, Donnellan does accept a paraphrase:

“According to the legend, Santa Claus will come tonight."


And that would be true.

However, Donnellan spots a problem. According to the legend Santa will come tonight; though the legend doesn’t also say that “Santa Claus doesn't actually exist”. At an intuitive level, I don’t see what Donnellan’s problem is. The legend doesn’t have any position, really, on Santa’s existence. But so what? Why does that make the kid’s statement not understandable? Why does it automatically make it not even a proposition? Again, why impose ontological rectitude onto meaning and the very acceptance of proposition qua proposition? I don’t see the connection. Perhaps I’m being naïve; though isn’t it only the kid’s belief that a nonexistent to be an existent that’s at fault? This doesn't render his statement non-propositional or meaningless.

The thing which seems to be motivating D’s position is an attempt to save realism. That is, if we can have a causal theory of reference which evidently excludes “Santa”, then we can distinguish real propositions like “Tony Blair will come tonight” from “Zeus is angry with us”.

There's another realist move in this game.

Proper names shouldn't rely on being tied to “descriptive content”. This would give individual minds too much power; and direct causal reference less power. Associating descriptive content with proper names is idealistic. A causal connection to Tony Blair (or the “Tony Blair” relation to Tony Blair) is concrete. “The big liar at Number Ten” is, of course, idealist; or at least dependent on an individual mind (or minds). And the definite description that I've tied to the name “Santa” may be very different to the one you've tied to “Santa”. What would secure us necessary identity of reference?

Donnellan’s causal theory of reference (which excludes Santa) is the realist’s way of avoiding not just idealism, but also relativism. Conventions, conceptual schemes, identifying descriptions, etc. are all “subjective”. However, causal processes impose themselves on us. We're therefore firmly tied to the world.

Although I think that my explication of D’s position is broadly correct, I still don’t see how “Santa will not come tonight” is rendered non-propositional and “Santa” non-understandable. This isn't because I have a problem with D’s ontological/philosophical view of reference (actually, I do); but that his conclusions about the said statement don’t follow from his analysis of reference.

To finish, I would like to agree with D on his rejection of Bertrand Russell’s views on these matters. That is

“God does not exist.”


isn't an abbreviation for

“There is no entity such that…”


Though that’s to get into Bertrand Russell’s position.

Perhaps my position on the analyses (or translations) of everyday sentences is similar to late Wittgenstein's. That is,

“it occurred to him that the logical structure of language might be visible on its surface and might actually be gathered from the ordinary uses that we make of words in ordinary situations”. (690)

Here’s another attempt to secure realism from all-comers:


Surely speakers’ intentions must be part of the story. This seems like a complete separation of reference from mind. Or, reference/causation is necessary and sufficient - minds just eat the crumbs.

Speakers must intend to refer to something, whether or not there's a direct causal pathway from referent to mind.

Take Peter Strawson's peculiar position. According to him, the statement


is neither true or false, because the statement

“There exists something which is God.”


is false. It must be neither true nor false because there's no God to be in heaven or to be anywhere else. That’s why it isn’t true or false. However, the existential “There exists something which is God” is making a claim about existence, not about the whereabouts of an existent. There it's plainly false. How can it be true that “God is in heaven” when there's no God? And how can it be false that “God is in Heaven” for exactly the same reason? The subject, God, doesn't exist, so the predicate, “is in Heaven”, can be neither true nor false.

Though I still intuitively think that we can call “God is in heaven” false without indulging in metaphysical existence-claims. It's false that there is God (and heaven), and it's therefore false that God is in heaven. So the whole statement is false. Or rather you can say it's false because of your position on God’s existence; though you shouldn't thereby deny its status as a proposition.

If we deny its propositional status, then perhaps we can also - by definition - call it meaningless. Though we can’t allow this for the simple reason that it isn’t meaningless. It's philosophically problematic; though not meaningless.

Talk about Holmes and Superman doesn't contain or imply existence-claims. Talk about God does and talk about Zeus did. Therefore the statement “Holmes lived on Baker Street” is true; whereas “God is in heaven” may be false.

When a person says that "God is in heaven" he's also implying that God exists. When another person says that “Holmes lived on Baker Street”, there's no existence-claim contained in the statement. However, they both have equal status as propositions and are both equally meaningful. The difference being that one may be false and the other is true.

There must be other reasons as to why words are “used” other than convention; even if convention is indeed important. Why these conventions and not others? Has the answer got something to do with things beyond conventions (use)? Or is it simply a comparison of conventions with other conventions? Yes, language and behaviour are governed by conventions; though does the realist, for one, deny this? (Thomas Nagel would say that certain levels of knowledge - if that’s the correct word - are beyond linguistic matters.)

According to Searle, “a definite description [can be] used referringly” without being “construed as the assertion of an existential proposition” (Speech Acts, 1969). Reference is, therefore, not a commitment to the referent’s existence (at least not its spatiotemporal existence).

Why do Putnam, Kripke, and Donnellan attack “the principle of identifying descriptions” as “idealistic”? Can we really know or identify an object without a description? What do these philosophers mean?

According to Searle, “Holmes” refers; though “Mrs Holmes” doesn't - simply because Holmes is a fictional character and Mrs Holmes isn't.

Though what if I say that Mrs Holmes becomes a fictional object as soon as I start to talk about her? We could reply by saying that she has no defining characteristics. Therefore she can’t be fictional. She has one: being the wife of Holmes. Isn’t one characteristic enough? How many characteristics does a fictional object need to be an “incomplete object” - never mind a “complete object”? Someone could of course say that she can’t be the wife of Holmes because Holmes didn’t have a wife; though his married status has itself has just been fictionalised by myself. It doesn’t matter if Holmes, according to Doyle, had no wife. Holmes according to Murphy does.

Posted by Paul Austin Murphy at 04:21