There are No Proofs in Science 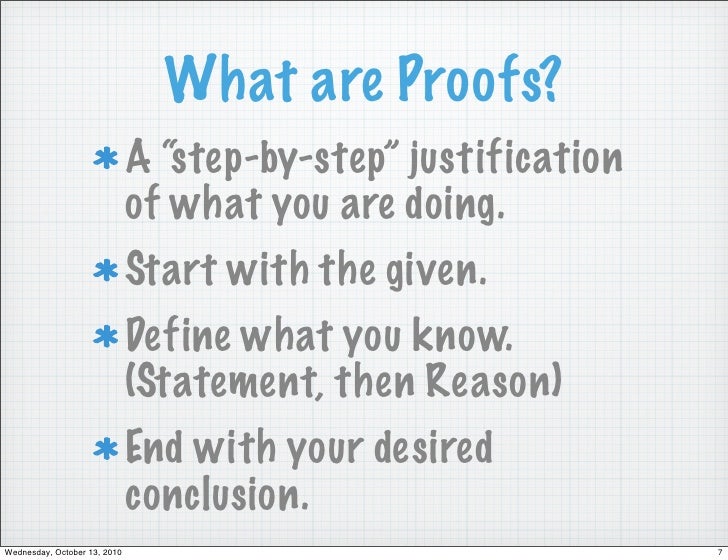 There are no proofs in science - at least not strictly speaking. There are in mathematics and logic.


This is how John Horgan puts it:


“The only propositions that can be verified – that is, proved true – are those dealing in pure logic or mathematics.”


“Such systems are closed, in that all their components are based on axioms that are true by definition.” (202)


In a simple sense, all this makes proof easy. Or at least in makes proof dependent only on systems and their contents – nothing more.


Truths about 'external reality', on the other hand, depend on a whole lot more and that's why they can never be proven. And that's as true of scientific statements as it is of the statements of religion or politics.


However, it's proof that's being spoken of here, not truth itself. Thus some of those scientific statements can be taken to be true – just not provably true. (Indeed since Godel we have known that some 'Godel sentences' within maths and logic are true; though not provably true.)


Thus truth and proof are intimately connected in logic and maths. Though that's not the case with science; if only when taken separately from its mathematical underpinnings.


As for that 'external reality'. Horgan continues by saying that “[n]atural systems are always open”. Moreover,


“our knowledge of them is always incomplete, approximate, at best, and we can never be sure we are not overlooking some relevant factors” (202).


In other words, natural systems aren't based on axioms which are true by definition. They aren't human creations. Having said that, numbers and logical relations can be deemed to be platonic/abstract in nature; though the systems themselves are still human creations. It is the abstractions and entities they capture that are – if they are – platonic or mind-independent.

Posted by Paul Austin Murphy at 18:26