Some Newish Takes on Mind-Body Dualism 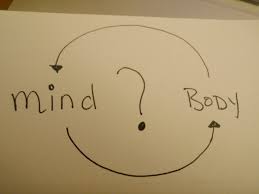 Quantum mechanics has been used to explain just about everything that's so far unexplainable. Consciousness doesn't escape that net (at least as cast by non-scientists).


For example, perhaps the nature of quantum phenomena can explain (or make sense of) good old-fashioned mind-body dualism:


“… loosen up our thinking and nudge us away from the simple billiard ball model of causation… When this is combined with a certain influential interpretation of quantum theory, dualism can start to seem, not merely, possible, but positively commonsensical!” [2004]


Presumably this is because in the “billiard-ball model of causation”, billiard balls were required to be next to each other (or ‘contiguous’, as David Hume put it) in order to affect one another. Theories of quantum mechanics deny that this is necessary. There's talk of “action at a distance”. However, it's not immediately clear what this has to do with consciousness or dualism in the philosophy of mind.


Is there an inference here from
i) Action at a distance tells us that objects needn't be next to each other to be causally related.


ii) The non-physical nature of mind doesn't need to be physical in order to causally affect the physical.


Isn’t quantum mechanical theory still about physical phenomena? (That is, no matter how far apart they are and no matter how loose the definition of ‘physical’.) If the mind is simply non-physical (or made of mind-substance), then it's not immediately obvious how quantum theory helps dualism. It's not distance that's the issue here: it's the fact that dualists believe that mind-substance can causally affect body-substance.


We need more arguments to accept the relevance of quantum theory for the mind-body debate. So here’s one argument:


“If minds were themselves parts of the material world, they would be, like the camera in Tibble’s box, merely parts of the whole system, hence themselves in a superposition of states.” [2004]


Again, it's not immediately obvious how quantum theory provides some kind of defence for dualism. Not even when we're given a parallel. The argument seems to be that the mind is a superposition of states - as in the Schrödinger’s cat thought-experiment. Would this automatically make minds non-physical?


The other possibility is that the minds are only parts of larger systems. Thus are we to conclude that minds emerge from these larger total systems because of, say, their very complexity?


One of the major problems with Cartesian dualism is the clear fact that mind-substance is viewed as being completely different to body-substance. The major difference, according to Descartes, is that the mind is non-extended and that the body is extended. What if a contemporary philosopher accepted that account? E.J. Lowe does (partly) accept it. He says that it has relevance to our notion of the self. John Heil expressed Lowe's position thus:


“The self, he holds, is perfectly simple. What could be the parts of a self? You entertain different thoughts, your preferences evolve, and memories come and go. But these are not parts of you in the way arms, legs, hearts, and livers are parts of your body.” [2004]


The self, on this picture, is like a Leibnizian monad. It too has no parts. It follows that our thoughts, preferences and memories can’t be parts of the self because the self is a perfectly simple unity. Not only that: it's non-spatial or non-extended. How can something non-spatial have parts... even in principle?


Thus if we have mental items (of whatever sort), we can't see them as parts of our mind or self. So what are they? How do they all belong together? How, indeed, do they come and go? What do they belong to (if they belong to anything)? How does the unity and continuity of the self come about without physical (causal) connections?


The answer is that mind-substance holds it all together. However, even with mind-substance and non-extension we're still using spatial and physical metaphors like “to bind” and “to contain”. A dualist surely shouldn't be using such metaphors. Despite saying that, the problem is that if he didn't do so, he'd effectively be denying himself the possibility of saying anything. Metaphors and analogies are all he has. And they get him into trouble.


Heil offers us a simple thought experiment to help us determine whether or not dualism is in fact true (or even if it makes sense). He talks in terms of a status and the bronze out of which the statue is actually made. Heil writes:


“Now imagine that the mind or self is related to the body in something like the way the statue is related to the lump of bronze that is on the scene when the statue is one the scene. Selves and bodies have very different identity conditions, so there is no prospect of identifying the self with the body. Moreover, the self is simple (or so Lowe contends), altogether lacking in parts. Nevertheless the self and the body (like the statue and the lump) might share certain properties. If the body has a particular mass, so does the self; if the body is in Gundagai, so is the self. The body and the self do not share all their properties.” [2004]


We can intuitively say that the lump of bronze is the statue. Or, less strongly, that they're identical. Clearly we can't say the same about the body (or brain) and the self. They do indeed have different properties. Though does this mean that they aren't identical? Perhaps the self is X under one description and the body is X under a different description. This is pretty much what Donald Davidson believed in his position of ‘anomalous monism’. That is, the mental and the physical are indeed identical. However, the mental can't be satisfactorily reduced to the physical; nor do they have the same properties. That's because X is seen under two modes of description (just as a table can be described qua table or qua collection of moving molecules).


There's a hint of Leibniz’s law here as well. That is, if the self has different properties, and therefore things true of the body won't be true of the self (as well as vice versa), then the self and the body can't in fact be identical. However, that doesn't seem to work for the lump of bronze and the statue. As Heil says, both share the same mass and both exist in the same place at the same time. Despite that, the lump of bronze must have existed before it was made into a statue. Since that's the case, then the lump will have at least one property that the statue doesn't have: being older than the statue.


If the self is indeed simple, as Lowe contends, then it couldn't have the properties which a body has. This, again, can be accounted for in terms of two modes of description of the same thing. We have a mode of presentation of the self that simply precludes us from giving it any properties. Nevertheless, that's a result of a particular mode of presentation, not of X. If the self is truly simple, how could we really describe it at all, let alone say that it's the same as the body in which it is supposed to exist?


Perhaps the self and body can be identical; though not numerically identical. This doesn’t help because it raises the prospect of identity-at-a-distance (as it were). In any case, Leibniz would would have told that they can’t be identical because they don't share all their properties. In fact the self (whatever it is) shares no properties with the body or brain. How could it? We've already been told that the self is simple and non-extended. How could it share properties with something, the body, which is complex and extended?


If these radical differences and distinctions between body and self are real, then how can we account for the fact that they're connected in some - or in many - ways?


This isn't only a question of the improbability of causal connections between mind-stuff and body-stuff: it's also about the improbability of any substantive connections between substances which share no properties whatsoever. We must conclude (if we are dualists) that the analogy between self/body and lump/statue is far from being acceptable or precise. The two examples simply aren't parallel in any way.


The most palatable solution (in that it appears to be mid-way between dualism and materialism) is the following juxtaposition of ‘substance monism’ and ‘property dualism’ (as advanced by Davidson, amongst others). Heil writes:


“… 'property dualism', the view that mental and physical properties, though quite different, can be properties of one and the same substance.” [2004]


The problem with this position is that although it provides us with a middle way between hard-core materialism (or eliminativism) and dualism (as well as what seems like a satisfactory explanation), it in fact isn't really much of an explanation at all. How can one and the same substance be the ground or cause of two sets of completely unlike properties? How can a single substance be responsible for these anomalies between properties? It's an explanation; though not a solution to the mind-body problem. Indeed, as has just been said, it's not really an acceptable explanation at all!


Thus some philosophers may accept it (along with supervenience) simply because they don't - or can't - accept any of the alternatives.

Posted by Paul Austin Murphy at 23:56