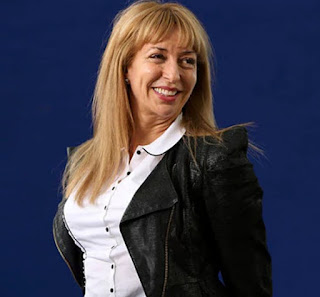 Let's start off with a longish quote from the neuroscientist, writer and broadcaster Susan Greenfield:


“The idea [of a conscious robot] is ridiculous. Consciousness entails an interaction between the brain and the body, trafficking a myriad of chemicals between the two. To reproduce that, you would have to build a body with a whole range of chemicals, and the three-dimensionality of the brain would have to be preserved to the very last connection.”


Susan Greenfield puts what can be called the case for biologism when it comes to consciousness. The way Greenfield expresses this position seems to make her an even stronger proponent of biologism than John Searle (who'll be discussed in a moment).


Her argument appears to be excruciatingly simple. It's this:


Or even more simply:


In order to replicate x, one would need to replicate everything of x (which has y) – down to its material constitution.


You could ask what would be the point of replicating biological brains and biological bodies when we already have them. (Though the replication of brains and bodies - regardless of consciousness - would be an incredible thing.) This would be equivalent to a scientific model that literally replicated every aspect of that which it is modelling.


Another way of putting this is to say that Susan Greenfield's position is the exact opposite of functionalism. That is, it's not functions (or computations, algorithms, etc.) which matter to consciousness: it's the material constitution (or "substrate") which underpins it.


Isn't that why Greenfield talks in terms of “trafficking a myriad of chemicals between” the brain and body and then goes on to say that “to build a body with a whole range of chemicals, and the three-dimensionality of the brain would have to be preserved to the very last connection”?


Despite all that, the Chalmers, Penroses and dualists among us may still ask Susan Greenfield and others the following question:


What if we carried out this act of perfect replication (of both brains and bodies) and it still turned out that the replica didn't have consciousness?


Even though that's a subject for another day, I suspect that some philosophers would discount this possibility in an a priori manner. Many philosophers and scientists have called John Searle a dualist. He, in return, says that those who stress function and ignore biology are effectively creating a non-material Cartesian reality populated with functions or computations (rather than with Cartesian “ideas” or “thoughts”). Searle himself writes:


It can be said that there can be an artificial mind without having an artificial (human) brain. However, isn't that precisely the claim that's being disputed?


To John Searle, it's all about what he calls “causal powers".


This refers to the ostensible fact that a certain level of complexity is what's required to bring about those causal powers which are necessary for intentionality, mind and consciousness.


So it really is all about the biological and physical complexity of brains and therefore their causal powers.


His basic position (like Greenfield's) on this is that if computationalists or functionalists, for example, ignore the physical biology of brains and exclusively focus on syntax, computations or functions (the form/role rather than the physical embodiment), then that will surely lead to a kind of dualism. What he means by this is that there's a radical disjunction created between the actual physical reality of the brain and how these philosophers explain - or account for - intentionality, mind and consciousness.


Gerald Edelman also holds the position that the mind


“can only be understood from a biological standpoint, not through physics or computer science or other approaches that ignore the structure of the brain”.


Then Edelman - in order to demonstrate his point - puts the seemingly extreme position of “functionalists” (such as Marvin Minsky) who “say they can build an intelligent being without paying attention to anatomy”.


Finally, according to Francis Crick, psychologists (as well as philosophers)


“have treated the brain as a black box, which can be understood in terms merely of inputs and outputs rather than of internal mechanisms”.

Thus, to Greenfield, Searle, Edelman and Crick, consciousness really is all about biological brains.