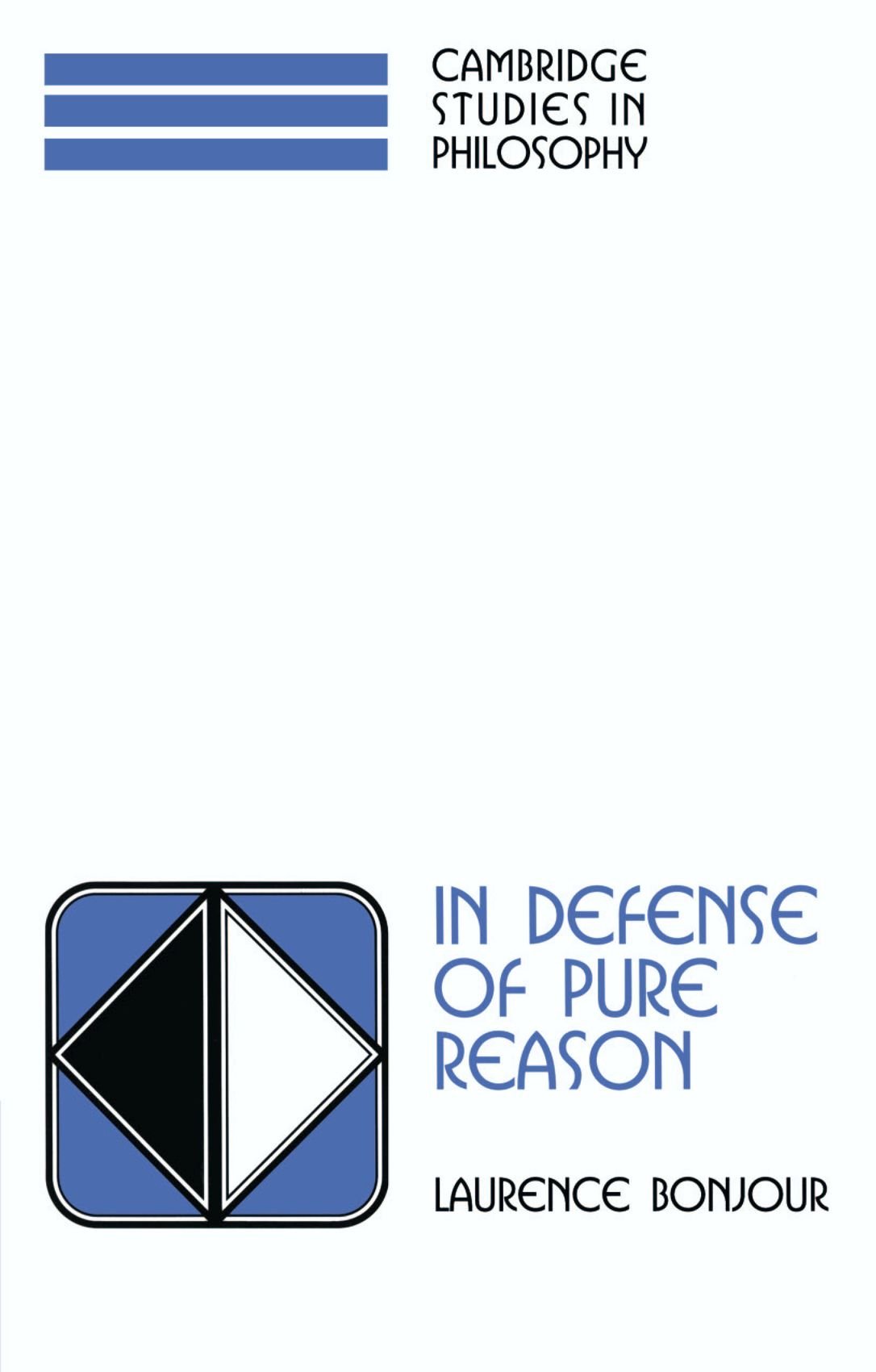 The American philosopher Laurence BonJour (born in 1943) belongs to a group of philosophers who are re-evaluating aprioristic and rationalist philosophy. More concretely, these philosophers are both reassessing the a priori as well as mounting a defence of it. Some commentators, however, may say that it’s an exaggeration to claim that such philosophers are also re-evaluating rationalism itself; rather than their more selective (epistemic) apriorism.

Perhaps BonJour goes the furthest towards the kind of rationalism we would recognise from the Rationalists of the late 17th and early 18th centuries. Nonetheless, there are still substantial differences between BonJour’s work and these philosophers. The principle difference, to my mind, is BonJour’s acceptance of the possible experiential (or empirical) defeasibility of a priori claims, “reasons” or beliefs.

Is Thought Itself A Priori?

BonJour argues that in reasoning one can’t ever rely solely on experience. Even in the case of reasoning about premises which are empirical or experiential, something a priori is required to be added to the reasoning process. BonJour particularly talks in terms of the relations between the antecedent/s and consequents of arguments. His position comes in three parts; which I’ve schematised (using BonJour’s own words) in the following way:

i) “If all the things for which there are direct experiential reasons are already contained in the antecedent.

ii) “and if the consequent genuinely goes beyond the content of the antecedent.

iii) “then experience can offer no direct reason (and no indirect reason without assuming some other conditional of the same sort) for thinking that such a conditional proposition is true.”

What’s being stressed here is that the a priori move (or inference) — i.e., from the antecedent to the consequent — can’t itself rely on experience. Experience itself doesn’t provide the grounds for such a move.

BonJour argues that what is stated in i) to ii) above can be said of all reasoning and indeed of thinking itself. Thus, if the a priori is rejected, then that will lead to

“a deep and pervasive version of scepticism, one in which we have no reason for thinking that any of the various seemingly empirical claims that are not directly justified by experience are true”.

The point which is repeatedly made by BonJour is that even if our claims (or premises) are empirical (indeed even if they’re directly or fully empirical), that empirical content itself can’t account for the transitions between those empirical (experiential) premises and other empirical claims or conclusions.

It can of course be said that such logical moves have been made — and experienced — before and that is an empirical fact. Despite that, experiencing logical moves (in the past) and the logical moves themselves aren’t the same thing. We can make an inductive inference about the kinds of moves “average reasoners” make; though that won’t tell us anything about the move itself or whether or not it’s a priori in nature.

BonJour’s basic point is that, for example, conditionals can’t be shown — or known — to be true by recourse to experience itself; even if the antecedent and the consequent of a conditional are themselves have empirical (or experiential) content.

According to BonJour, naturalists and the followers of W.V.O. Quine, on the other hand, do believe that

“we never have a priori reasons for thinking that if one claim or set of claims is true, some further claim must be true as well”.

If such people do believe that, then what does BonJour think will follow from that position? BonJour believes that

“there is simply nothing that genuinely cogent reasoning could consist in… the rejection of a priori reasons is tantamount to intellectual suicide”.

So what, exactly, is BonJour’s problem? Why these severe words?

If a priori moves are really necessary and fundamental, then even if Quineans reject the a priori in word — they still won’t do so in deed. After all, BonJour has already argued that they can’t do so. Thus there could never be any such thing as “intellectual suicide” - and that’s according to BonJour’s own lights!

BonJour, Laurence. (2008) ‘In Defence of the a Priori’, in Contemporary Debates in Epistemology (edited by Matthias Steup and Ernest Sosa).

Posted by Paul Austin Murphy at 02:54