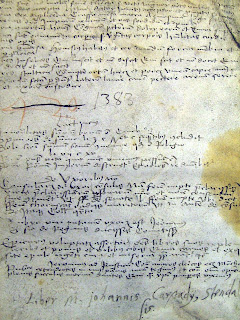 2) Why should Paul and Twin Paul ‘mean different things by the same word’? Water may be XYZ on Twin Earth and H2 O on earth; though they are phenomenally and epistemically identical. Why should their scientific constituents determine mental content and not their phenomenal features? Do H2 O molecules, or XYZ molecules, enter the brain and therefore determine mental content?

3) So many new theories of mind simply ignore the mind-body problem. I'm suspicious, but perhaps there is nothing more to say about it. Kim or Davidson doesn’t seem to have solved the problem.

4) Some theories of mind are so neat and tidy. It’s as if the mind-brain was designed by a logician or a computer designer. It’s all there in the books on logic. Similarly with Fodor’s LOT – it is language-centric. Churchland’s theories are messier because it is science-based. That is, they take into account evolution, etc. A philosopher of mind, e.g. Fodor, sees language-like computations and structures in the mind. A computer nerd sees computational events and structures. A logician… What comes first? The chicken or the egg? (Cheap ‘psychologism’?)

5) Does mathematics have meanings or references, or is it just the manipulation of symbols? Symbols of what? Abstract numbers in a platonic heaven?

6) What a strange juxtaposition – Ryle and Heidegger. However, they certainly share anti-Cartesianism. How deep does the resemblance go?

Ryle’s aggressive style is very refreshing when it's compared to the boring bullshit of J.L. Austin and other linguistic philosophers (although Ryle took some things from them). Ryle is largely ignored today. It is, of course, a shame. Such a lively writer, to say the least. It was surprising, therefore, that there is a chapter on behaviourism. Surely the question of whether or not Ryle was a behaviourist is answered there. (Or at least if he thought he was one, even if others thought differently.) This is not to say that we should accept his denials or affirmations; though at least the water will be made a little less muddy in this area. More precisely, was behaviourism an instrumentalist or pragmatic theory on his part, or did it squarely and ontologically deny mentality? Indeed could it have rejected mentality (bearing in mind the possibility that behaviourists must have had mental states themselves!)?

What I note, idiosyncratically, is how much Ryle knows about non-philosophical subjects. This is consciously missing in most Anglo-American analytic philosophy. He was, perhaps, a Renaissance man, unlike so many other analytic philosophers. (Excepting, perhaps, Roger Scruton! However, he’s sometimes an arse!)

7) Despite the popular-science approach of Daniel Dennett’s Brainstorms, there is still the use of logical notation:

This is a very simple notation, involving symbols for the biconditional, predicates and a variable:

For every x such that each x is mental if and only if x is physical.

‘x’ could stand for Tony Blair. Then it would be:

Tony Blair is a politician if and only if he is corrupt.

8) Of course Kant wasn’t a Pietist is the obvious sense. He was a philosopher who built a huge edifice of moral philosophy. Calvin didn’t argue his case. He stated it. Kant argued his case with powerful philosophy. Powerful enough to convince a Puritan or even an atheist. But he was still a pietist with a small ‘p’!

10) The more you read of a particular philosopher, the more you understand and the more connections you can make. The broad concerns become apparent and it is realised that, in a sense, all his works are tackling the same issues or have the same concerns and presuppositions.

Take Quine. In nearly all of his papers and books he refers to ‘Neurath’s boat’. This is a story about philosophy’s dependence and necessary relation to science. Hume’s ‘mitigated’ scepticism resounds through all his work. And Kant’s a priori is as applicable to metaphysics as to moral philosophy.

I shouldn’t rely on interpreters or explicators of philosophers’ work. I should trust my own understanding of them. Why not? I will, of course, study interpretations and commentaries. I just won’t rely on them. This, surely, is a healthy position to take. After all, certain interpretations and commentaries are more difficult to understand than the original works themselves. Why did I ever believe that philosophers themselves would be harder to read? Think of all the great philosophers who were great writers too: Augustine, Plato, Hume, Schopenhauer, Nietzsche, Wittgenstein (?), Quine, Dennett, Fodor (?), Russell, Descartes, Plotinus…

11) Most analytic philosophers have a rudimentary knowledge of science; though most scientists know next-to-nothing about philosophy. (Lewis Wolpert has a positive distaste for philosophy and philosophers.) Interestingly enough, I have a compendium of science and mathematics which has a philosophy section - all the articles are written by scientists.

12) I was surprised to read that figure, solidity, extension, size, etc. were all deemed subject-relative in the Humean system. This just proves that, in these respects at least, he took more from Berkeley than he did from Locke.

13) I don’t think that there are total empiricists or total rationalists nowadays. The brain must structure experience in some way and to some degree. Similarly, experience generates nearly all conscious or brain processes.

14) Causation doesn’t particularly interest me; but Humean scepticism does. Perhaps my position is more psychological and political than strictly philosophical. I certainly don’t have the arguments for philosophical or analytical scepticism. On the other hand, Hume’s general position seems entirely commendable.

15) Why is causality so important? Because it is the ‘glue of the universe’? Because without necessary connections, science would lose much of its power? The same goes for the inexistence of substance. Lack of a self is fine and dandy. If Hume is right, change, even radical change, wouldn’t be a problem for anyone. Why can’t people change? That’s the fundamental question. There must be something that is as hard as concrete stopping people changing. What is it? It must be physical – that is, neurochemicals and/or possibly anatomical. Do people have a misguided loyalty to their past selves? This is a new possibility. Is it the case?

I’m beginning to understand what Hume is all about. Primarily, his work is an onslaught against rationalist metaphysics. Hume uses the word ‘cause’ uncritically alongside a philosophical critique of our and scientific notions of causation. In this a contradiction? No. He didn’t reject causation in itself, only our conceptions of it. However, Russell, in his History of Western Philosophy, did detect certain contradictions and inconsistencies in Hume’s position.

16) On one hand the Catholic Church proclaims its absolutism and anti-relativism. On the other hand it tells us how it accepted Copernicus and Darwin. Can Catholics have it both ways, or are past adaptations acceptable but contemporary ones unacceptable?

17) 18th century philosophers were cultured men. Hume was an expert on Cicero and Ovid. Kant, likewise, on Horace.

18) Despite the technical detail and the power of the arguments, I still can’t intuitively accept that causation, space and time are not ‘out there’ in the world. Why are my intuitions relevant? Why do they matter? Why do I care at all about intuitions and common-sense? Perhaps the truth is counterintuitive. Is quantum mechanics intuitive or commonsensical? Of course not. Virtually all scientific theories were counterintuitive to the common sense of the lay person.

Kant’s work is extremely complex and difficult, and yet, in places, it isn’t ‘dry’ and ‘obscure’.

19) One reading of Kant’s own work, rather than another interpretation or commentary, both changed my view of Kant and made me understand him better.

20) Quine’s juxtaposition of pragmatism and empiricism, with tiny platonic assumptions about numbers and mathematics in general. He needs to tackle obscure ontologies in order to legitimise his more empiricist assumptions.
Posted by Paul Austin Murphy at 09:26