'Try meditation instead of philosophy' 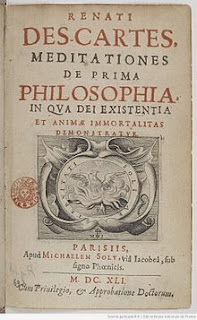 "Wyrdskein, have you tried meditation? That will reveal far more to you than any philosopher." - Stormcloud


In order to have come to that negative conclusion about philosophy or philosophers - as well as a position in favour of meditation ( I know philosophers who do meditation too) - this person must have already done at least some philosophy (however basic). How would he have known that his conclusion is true/correct/right?

In addition, the road to meditation - and the positions which some meditators uphold - are also philosophical; just not philosophical in an argumentative or empirical way (as it were).

Anyway, “reveal” what? Philosophy reveals certain things and meditation reveals other things. In fact it depends which philosophy or philosopher we're talking about.

On a personal note. I've met meditators who are outright egotists. Some Zen Buddhists are actually “full of the self” by virtue of the fact that they keep on telling everyone else that they have “cleansed themselves of their selves”. In other words, the “ego” is still fully in place – it's just the behaviour and positions of Zen Buddhists are different to the “average person” (whoever he is).

I don't believe that simply because you meditate a lot that you automatically “transcend the ego”, transcend philosophy, or transcend thought itself. You may simply adopt another philosophy and behave differently; though with an equal amount of ego. In fact the meditators I've met have been more - not less - egotistical than most other people. Again, it's just what they say and do that's different – the ego is still fully in place.

Posted by Paul Austin Murphy at 09:01