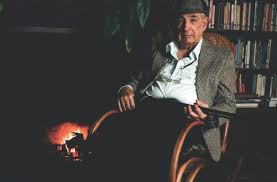 It's often said that analytic philosophy is essentially ‘piecemeal’ in approach and is therefore highly suspicious of not just ‘grand systems’ but of theory itself. (This was certainly the case when it comes to the late Wittgenstein.) However, over the last forty or so years many philosophers, especially metaphysicians, have been creating their own large-scale theories of philosophy, if not their own ‘grand systems’.

John Searle sees the importance of the philosophical construction of theories, if not ‘grand theories’:

In addition, Searle says that "philosophers who wanted large results had done such a bad job" (191). Who’s to say that philosophers in the future won’t also think Searle has done ‘a bad job’ with his general or theoretical philosophies? This is almost bound to be the case.

In any case, there have been a few systematisers in analytic philosophy, especially in America. Some would include, for instance, Sellars, Nelson Goodman, Dewey, and even Quine in this category. Perhaps also Davidson. It may even be the case that Dummett, here at home, is a systematiser just as his hero Frege was a kind of systematiser. Of course Russell and Collingwood were also guilty of some broad-sweeping theories or generalisation in parts of their philosophies. Indeed, because Collingwood was a historicist of sorts, it's hardly a surprise that he went for ‘large results’ when he practised his philosophy.

Perhaps a concern with the philosophical minutia of this or that says more about the types of minds or intellects of certain philosophers than it does about their antipathy towards grand systems or theory. Perhaps they are simply incapable of synthesis or of looking at things contextually or broadly. Of course we can look at this inversely. The systematisers may be incapable of dealing with the minutia for reasons of intellectual deficiency or perhaps it simply bores them rigid. The best philosophers may be those who can both synthesise and analyse and see the pros and cons of both approaches and also see when one or the other is required within a particular philosophical context.

Being first-rate or even correct may not have anything or much to do with whether or not one is a systematiser or a practitioner of the piecemeal approach. Good and bad philosophy occurs in both approaches and isn't exclusive to either one or the other. There is good large-scale work and bad analytic work. There is good analytic work and bad large-scale work. Why generalise at all about either of these approaches, especially when bearing in mind the piecemeal protagonists’ dismissal of all generalisations and generalising tendencies?

Though perhaps ‘theory’ is nothing particularly complex or even esoteric anyway. The way Searle describes theory it would certainly not seem so:


".... the idea that you has a systematic set of propositions, logically related to each other which could account for a whole domain, that’s a wonderful idea. Euclid’s Elements is one of the classics. Aristotle’s full of theories. That’s what I want. I want a theory in the classical, Greek, Aristotelian sense." (191/2)


That way of describing theory, or a theory, seems to make just about every philosopher a theoretician – even those, like Nietzsche, Heidegger, Wittgenstein and Derrida, who are supposedly ‘anti-theoretical’. Most philosophers, both in and out of the Continent, would have thought that they had "a systematic set of propositions" (191). Again, even if they were anti-theory or anti-truth. Whether they also thought that these propositions were "logically related to each other" (191) is something else. It would depend on how they take ‘logically related’ or how serious their logical skills were. Would any philosophers want a set of propositions which were not logically – or otherwise – related to each other? Not even Derrida!

Even when Wittgenstein argued that ‘whole domains’ could never be accounted for (at least in the case of language or language-use), then his domain of an unaccountable domain was still his domain – even if it couldn’t be accounted for. Similarly, Gödel’s domain was still the whole of mathematics even if the whole of mathematics couldn’t be fully accounted for in terms of both its completeness and consistency (in the case, at least, of individual axiom systems).
Posted by Paul Austin Murphy at 03:05