Some New(ish) Bits to the Free Will Debate 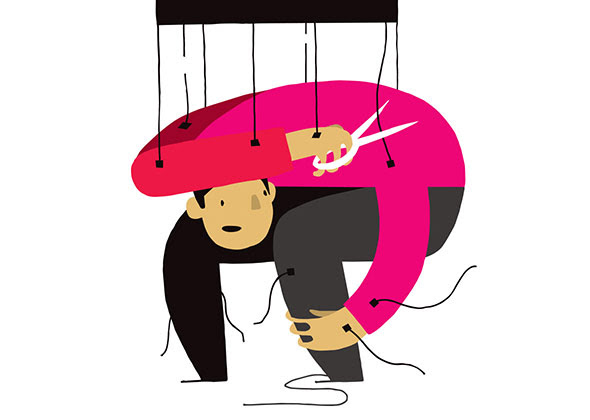 We may as well not try to define the words “free will” because, as someone once put it, “that's an argument that never ends”. In other words, it would take up this entire piece... and more.

Here we'll refrain from offering an alternative definition and simply question what other people say on this subject. In that simple respect, definitions don't matter. With a definition, people can still make mistakes in what they say about free will, chaos, indeterminism, choice, etc.

Though, of course, if there were an agreed upon definition of the words “free will”, many problems may be solved. The problem is that there isn't one and perhaps there couldn't be one. After all, the words “free will” aren't like the word “cat” or “house”: they're closer to a word like “truth” or even “wrong”.

There are many newfangled defenses of free will.

For example, it's said that complexity can explain free will in certain respects. Chaos or quantum non-determinism have also come into the debate in recent decades.

The argument is that complexity is required to have a developed brain. And large brains are required for free will. Such complexity gives a “system” (or a person) the ability to make choices.

Does all that guarantee free will?

I can accept that brains are complex. Everyone does. I just don't know how complexity alone gives us free will.

And I don't see how you can squeeze free will out of chaos or indeterminism (do they mean probability?) either.

“You could have done otherwise!”

How does the possibility that Mr X “could have done otherwise” give him free will? Like complexity, how does free choice spring from such indeterminism (if that's what it is)?

You can now say that if you could have made decision not to do x, that's all that matters. In other words, that choice itself determines the freedom of the will; regardless of the fact that both x and not-x are fully causally determined. (That's the “common-sense position”.)

What about self-prediction? If you can't predict your own actions, then aren't your actions chaotic and uncontrolled?

Can an agent's own measurements of his own body or brain/mind states help the matter?

Isn't it impossible for an agent to measure everything that leads to one of his actions or decisions? That would seem to point away from free will. Though other people appear to argue that it's a position in support of free will. What such people argue is that this person (or “system”) not being able to measure small “deviations in the initial conditions” works towards his free will, rather than against it?

What about other people failing to predict our actions? Does that give us free will?

Why would that matter? I couldn't predict the actions of a machine or robot; though that wouldn't give it free will. And even computer programmers sometimes – or many times - can't predict the calculations or actions of their computers.

Even if someone can't predict an adult human being, that doesn't guarantee free will. I may not be able to predict a robot or computer's actions. In fact I won't be able to unless I've programmed it myself and even then (see the Turing machine section) that can't be guaranteed.

Human beings can be seen as deterministic systems whose random inputs (or the things which happen indeterministically) don't have a noticeable impact on the system – or on how they behave at the “macro scale”. In other words, when you interact with a human being, his quantum nature may appear irrelevant to his general behaviour (at least in observational terms).

What would a “randomised input into a deterministic machine” give us anyway? Not free will. What would it give a machine?

Slight deviations in a system don't seem to guarantee that a system is chaotic or indeterministic either. These deviations happen to the system/person. The system can still be deterministic. However, if you factor in quantum indeterminacy, it's still an open case whether or not such a thing guarantees free will. I think the argument can go in the opposite direction. Either that, or quantum phenomena are largely irrelevant at the level of the cognitive (or even sub-cognitive) systems of the brain. What I mean is that even though the brain is a “quantum system” (at bottom, everything is!), that may not impact on the issue of free will (as such).

The following may help with the earlier talk about introducing something random into a system.

It's not being said here that a Turing machine has free will in anything like the sense a human being may have free will. It's a parallel case cited to try and help explain the nature of randomness as it's used in the free will debate. Alan Turing, for one, didn't see what he said - or did - in terms of free will. (He used the word “intuition”; though, admittedly, that can be said to amount to the same - or to a similar – thing.)

Think here of early Turing machines and the requirement for them to be able to follow their own rules or show what some people called “initiative”. It was said that a programmer could engineer an element of randomness into the computer (or into the programme). That was what was Alan Turing tried to do with his “Manchester computer”. That seems to have meant that such randomness (as it were) would bring about “intuition” (or initiative) in the Turing machine – or even free will!

In any case, when (not if) a random element is introduced into a Turing machine (a computer), and then that computer manages to follow rules not laid down by the programmer (and as a result it solves its own problems), then there's no “appearance” about it. In this limited respect, it is free from its programmer. Or it has a “will” which is independent of the humans who created it; as well as of its programmers. This isn't to say that it has either a mind or a (free) will in the human sense; though the independence (or even freedom) is certainly real.

A Turing machine “could have done something else” with the same input. That is, the same random change (mentioned by Turing) to the Turning machine can have different results in terms of what it produces (say, a different calculation or even a different action).... What am I talking about!? These things already happen already with computers (or their programmes).

Some people believe [free will] to be a “political concept”. Then again, perhaps it's always been a political - or at least a moral - concept. And it might well have been (in some cases at least) that issues in metaphysics and the philosophy of mind might have been needed to provide the groundwork (as it were) for the political or moral positions on free will.

Sure, over large time-periods, philosophy has had an influence on these issues. Though the minutia rarely does. This discussion, for example, has been more or less besides the point when it comes to the day-to-day political and moral issues of free will.

Posted by Paul Austin Murphy at 03:38