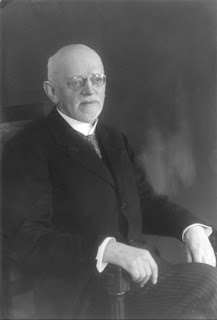 David Hilbert embarked on an enormous enterprise: the reduction of the whole of mathematics to a set of axiomatic systems. Clearly these systems must have been interrelated in many ways in order to determine and guarantee their mutual consistency. We can distinguish each axiomatic system by their different axioms. In addition, in order to move from these axioms to theorems, we must utilise something that is shared with logic: the rules of inference. Again like logic, one such rule of inference is the well-known modus ponens. This shared interest in the rules of inference is partly accounted for by the fact that "they are properties of reasoning as such". That is, both logic and mathematics must use the inferences which belong to every rational mind and even every thought or act of reasoning. They were, therefore, as foundational and fundamental as Aristotle’s ‘laws of thought’.

However, there must be some things, other than numbers, which distinguish mathematics from logic. For example, a prime candidate for this difference is the nature of the axioms in mathematics. They are different because they describe space, time and measurement in all its forms. These applications, to space, time and measurement clearly distinguish mathematics from logic, at least from pure formal logic but not, for example, quantificational logic.

Hilbert was a Platonist. He didn’t reject numbers in his systems. We cannot "eliminate the idea of number from the axioms". They are, then, fundamental to maths precisely because they are used in its many axioms. Hilbert expressed his Platonism in an even more platonistic way. Like Plato himself, "we must therefore suppose that numerical expressions stand for objects, which have a reality independent of our calculations". He was clearly not, therefore, a mathematical constructivist or a mathematical Wittgensteinian, and neither was he a mathematical Kantian. In addition, although these number-objects are "known to us through proof, but which are entities over and above the proofs by which we discover them". So Hilbert accepts that they are only known to us through proof, which is an operation and perhaps a psychological operation, these number-objects do not need us in order to exist. The numbers can then be called evidence-transcendent, at least in the case of those numbers and operations that can never be known, or are not known now. They are also mind-independent objects, even though they can be ‘known’ by minds.

In some cases, then, some object-numbers and operations may never be known as a matter of necessity. Take ‘Golbach’s theorem’ which cannot be proved (see Kripke’s 1971). These positions seem very counterintuitive to many minds, not only non-philosophical minds. Indeed they seem even stranger in the context of that branch of mathematical constructivism known as intuitionism. In the case of intuitionists, if a mathematical statement has not been proved or disproved it is, in fact, neither true nor false, mind-independently or otherwise. In fact, unproven statements have another ‘truth-value’: indeterminate. Incidentally, this is also the case with ‘future contingents’ – statements about the future. They too are neither false nor true, but they are indeterminate instead. Perhaps this is because a future-statement cannot be proved either, almost by definition.

In addition, being constructivists, intuitionists do not believe that numbers are objects either, whether abstract or concrete. We ‘construct’ numbers by the operations we carry out on them. They are not found, either, via platonic ‘intuition’ or Husserl’s ‘direct insight’. If there were no minds, there would be no numbers and no mathematical operations on these numbers.
Posted by Paul Austin Murphy at 22:03