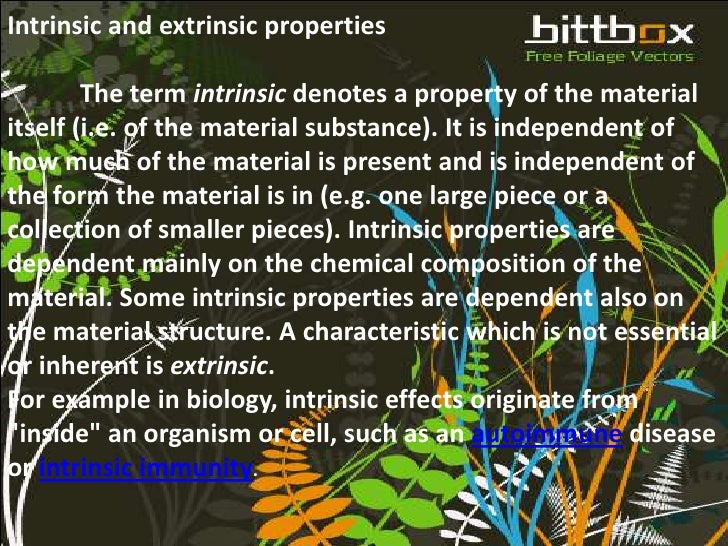 
Take this other problem.


Or, better still, why not jettison the intrinsic/extrinsic distinction altogether and stick with the fundamental/not-fundamental (or important/not-important) distinction instead (as Quine once did in relation to essential properties)?


You have to also wonder what's the point of some relational properties; just as we've just wondered about the nature of some extrinsic properties.


Here we can add that having X as a “proper part” is also seen as being intrinsic by some philosophers. Thus both fingers and cells can be deemed to be proper parts of human beings (or homo sapiens). If they are, then perhaps they're also intrinsic in nature.


Well, a human being certainly has some kind of relation to his or her own fingers or cells. Though is it right to call this an intrinsically relational property? Isn't it best to say that fingers or cells are part of the package which constitute a human being? What does it mean to say that a human - or even a person - has a (intrinsic) relation to his cells or fingers? Sure, there's some kinds of causal relations that can be established between a human being and his/her cells and fingers; though is there an intrinsic (essential) relation?


In that case, what is related to what?


If we take away fingers, cells and similar properties, what would be left of a human being so that it could have a relation to what remains? What I mean by that is if one takes away all these kinds of properties, perhaps there's no human being left. And if that's the case, then it may not make sense to speak of a human being having a relation to such things as his cells or fingers. It would certainly make the notion of an intrinsic relation between such proper parts and a human being problematic.
Posted by Paul Austin Murphy at 16:50