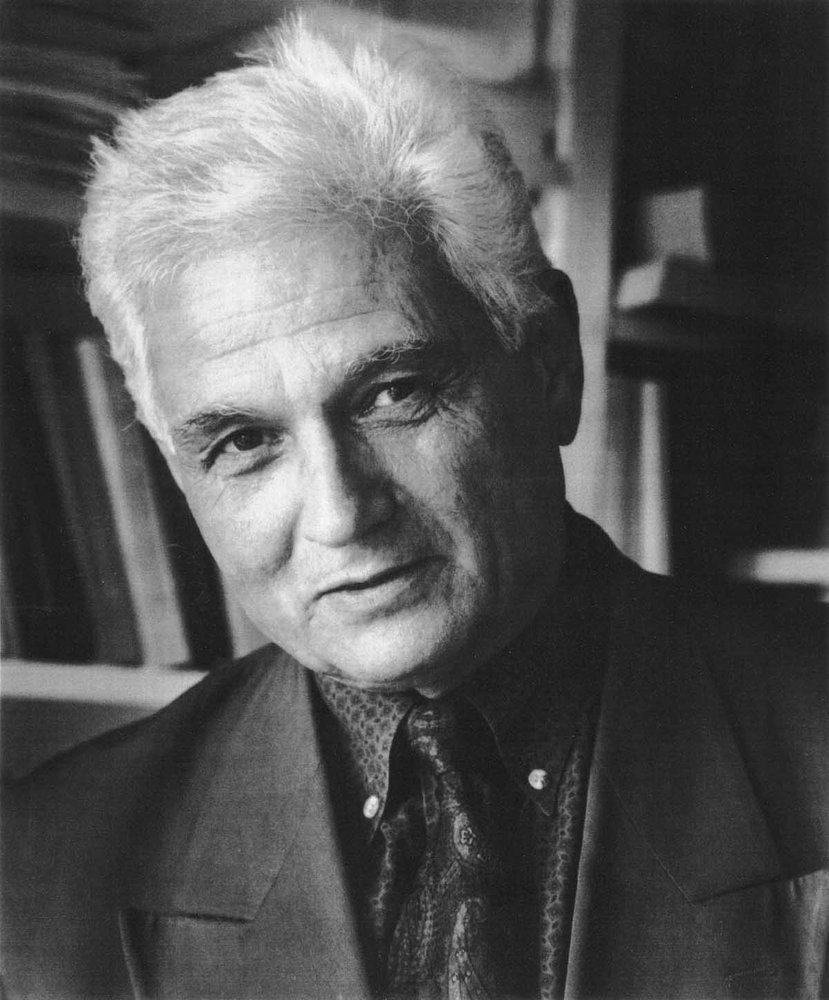 The writer Geoffrey Bennington goes into detail about Jacques Derrida's position on "signifiers". Derrida took the signifier-signified distinction to be central within Western metaphysics. It was supposedly believed that the general

This temporal relation between phonic and graphic signifiers was taken by Derrida to express the metaphysical belief - common from Plato onward - that whereas we have “full presence” in the case of a phonic signifier, we only have a second-order presence when it comes to the graphic signifier (i.e., in the case of "writing"). Generally speaking, sense, meaning or the signified is to some extent lost when it's written down because it no longer has its close relation to the signified – which itself can be taken to be the meaning, sense or concept (of a word).


Bennington goes on to say that “it can be shown that all signifiers refer for their meaning only to other signifiers” [2000]. Thus not only do we not have the referent (or object) as the signified (or meaning) of a word: a word doesn't even really have its own independent sense (or meaning). It is, instead, supplied with a sense (or meaning/signified) by other words. It thus follows, according to Bennington's Derrida at least, that if

“metaphysics wants to call the 'signifier of the signifier' by the name of 'writing', it has better call all language 'writing' if it wants to be consistent”. [Bennington, 2000]

Many philosophers have happily accepted that this distinction was indeed the case when it came to Plato and those Platonists who followed him. However, not all commentators would agree with Derrida’s metaphysical and ethico-political conclusions and interpretations. The fact that many 20th and 21st century analytic philosophers, for example, still accept not only the existence of abstract non-spatiotemporal meanings/senses and propositions: they also deem such things to be of vital philosophical importance. (Primarily because of the role they play in achieving determinacy of meaning, objectivity and even truth.)

For example, Frege (in his paper ‘The Thought’) deemed what he called “the Thought” (or the ‘sense’ of a true proposition/sentence/statement) to be of vital importance in the battle for objectivity and against what was then called - and still is - ‘psychologism’.


It can be seen that Derrida’s “play of the sign” partly follows from the thesis of the “indeterminacy of meaning” (to steal - and perhaps misuse - a term from W.V.O. Quine).

Yet if meaning is genuinely indeterminate (in whichever way), then why did Derrida feel the need to emphasise the play of the sign? If all we have is play, then why the compulsion to emphasise this play in the first place? Perhaps Derrida's answer might have been this:


The deconstructionist strategies simply tell us that we have play and that the determinacy of meaning was (or is) a grand illusion which has played a huge part in Western philosophy.


Although we've been talking about the indeterminacy of word-meaning, such indeterminacy will evidently spread to “texts”; and, in fact, become even more apparent and inescapable in such contexts. Thus it was texts - not individual words or concepts - which were Derrida’s prime concern.

To put it at its most acute and simple, Bennington says that a
“text cannot exhaustively control the reading you give it (no text can read itself without remainder)… there is no end to reading, no conceivable horizon of interpretation”.


We can also say that even if a text did have a determinate meaning (or interpretation), then that meaning (or interpretation) wouldn't force itself on us - or even on an ideal reader. This parallels, to some extent, the argument against metaphysical realism in that we can say that even if there's a "way the world is" (that elusive “view from nowhere”), then this still wouldn't - and couldn't - guarantee that we'd get the world right. The text and the world don't tell us what to say about them - no matter how determinate the text is (or how "real" the world is).

As Bennington puts it: “no text can read itself”. Neither, for that matter, can the world. Just as in the Quinian scheme of “radical translation” we require the relativity of “translation manuals” (or conceptual schemes), so texts require interpretations. And interpretations are just that – interpretations. In that sense there can't be a true interpretation of a text; though Derrida did appear to argue (in later life) that that could be a better one. (Here we have a similar problem with the word "better".)


The Syntax & System of Western Metaphysics


What was being said by Derrida isn't that different words have the same meaning or even a similar meaning. Instead it's argued that we have a “network of mutually-defining elements in dynamic solidarity” (Bennington). In other words, once we bring on board one word or concept, then - almost of necessity - we'll also be required to bring on board other words and concepts. This won't simply be in order to define the word (or concept) under scrutiny: it will also be to back it up (argumentatively speaking). That's why Derrida argued that once we bring in a single metaphysical concept into the discussion, then we must also bring in “the entire syntax and system of Western metaphysics” [1970].

Just as mathematical structuralists stress the place of a number (or a numerical inscription) within a number-system (as well as under-stress - or deny - its referential role), so we can say something similar about the word’s role within a linguistic system and how that determines its meaning or even its identity. Thus what matters with the numerical inscription ‘3’ is that it comes below ‘4’ and above ‘2’. Similarly with the word ‘freedom’, which comes alongside words like ‘liberty’, 'rights' , ‘choice’ and whatnot. In other words, try defining ‘freedom’ without bringing in other terms (or concepts); which, in turn, will either eventually refer back to the word ‘freedom’. (Or, alternatively, contain terms which will themselves need defining.)

Think also of the vast armoury of terms which are brought on board when one uses the metaphysical term ‘substance’: such as ‘accident’, ‘property’, ‘essence’ and all the rest. This is indeed a package-deal. Can we go so far as Derrida and say that if we use a single (important) concept from Western philosophy, then we must also bring along with it “the whole syntax and system of Western metaphysics”?


A.N. Whitehead famously said that Western philosophy has just been a “footnote to Plato”. And since the resurrection of Aristotelian metaphysics (in Anglo-American analytic philosophy, at least) some fifty years or so back, we still have a whole battery of Aristotelian terms to deal with.

Another thing which Derrida argued is that we sometimes believe that we have new technical terms; though often they're nothing but what he called “sign-substitutions”. That is, a term that's substituted with another term which is only infinitesimally different to the original. Indeed sometimes the word is different; though the concept is exactly the same...