A Wittgensteinian Fragment on Solipsism and the Self 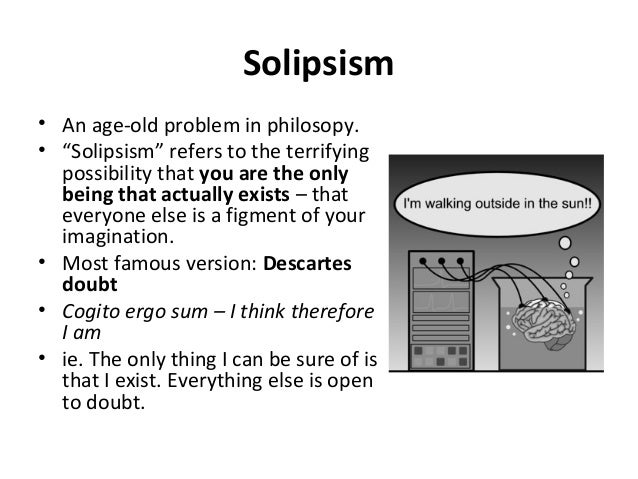 According to Wittgenstein, the solipsist is contradicting himself when he says, "Only what I see exists." That's because the I/self itself isn't seen in experience. Therefore, like the rest of the things he doesn't see, he has no right to talk about the I/self at all.


The solipsist doesn't exist by his own standards because the I isn't seen, only the things that the I sees are seen. Thus the subject is indeed “a vanishing point” (Tractatus). There's nothing to see, hear, or smell; but that which the I itself sees, hears and smells. Thus perhaps we should write the I/self in quotation marks because it can be taken as a word without a referent or designation.


What is a person?


What is a subject?

Posted by Paul Austin Murphy at 02:25