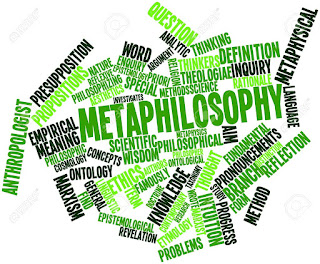 There are many general questions we can ask about philosophy. Many of these questions have been asked by non-philosophers such as laypersons, scientists and academics in the humanities.

A layperson, for example, may ask:

A physicist, biologist or chemist may ask:

i) Is there such a thing as philosophical knowledge?
ii) Does philosophy (or the philosophy of science) benefit science or scientists?
iii) What is the nature of divergence in philosophy – can it be solved with the aid of such things as evidence, fact or data?

A political scientist, historian, sociologist or political activist may ask:

i) Is all philosophy political - by its very nature?
ii) Does philosophy simply reflect the times in which it is written?
iii) Is philosophy always to be read historically?

Philosophers themselves may ask:

i) What prose-style/s should philosophers adopt – academic, popular, poetic, etc.?
ii) Are we living in a post-philosophy (or post-philosophical) age?
iii) Were Wittgenstein, Heidegger, etc. correct to argue against philosophy itself?

If philosophy itself is hard to define, it will be even harder to define what metaphilosophy is.

Nicholas Joll believes that these examples (as well as others) of metaphilosophy can be tendentious. He writes:

“We might want to deny the title ‘metaphilosophy’ to, say, various sociological studies of philosophy, and even, perhaps, to philosophical pedagogy (that is, to the subject of how philosophy is taught). On the other hand, we are inclined to count as metaphilosophical claims about, for instance, philosophy corrupting its students or about professionalization corrupting philosophy...”

It's clear that these pursuits have existed for a long time; at least since the early 20 century. Thus they don't really fit the “philosophy of philosophy” (or “metaphilosophy”) label.

“... all philosophizing is somewhat metaphilosophical, at least in this sense: any philosophical view or orientation commits its holder to a metaphilosophy that accommodates it. Thus if one advances an ontology one must have a metaphilosophy that countenances ontology. Similarly, to adopt a method or style is to deem that approach at least passable. Moreover, a conception of the nature and point of philosophy, albeit perhaps an inchoate one, motivates and shapes much philosophy. But – and this is what allows there to be implicit metaphilosophy – sometimes none of this is emphasized, or even appreciated at all, by those who philosophize.”

So what would metaphilosophy be if it weren't a part of philosophy? And even if it were distinct from philosophy, would that automatically mean that it isn't philosophy?

Analytic Philosophy and Texts About Texts

Analytic philosophy has traditionally downplayed metaphilosophy. Nowadays that doesn't seem to be the case.

All this also begs the question as to whether or not commentary or research is automatically excluded from the realm of philosophical originality. Can new ideas and theories be found or formulated through research and/or commentary on the works of (dead) philosophers? Yes, because such a thing has occurred many times.

One definition of metaphilosophy doesn't seem to be have taken up by analytic philosophers. That is the seeing of metaphilosophy as post-philosophy. Now this has certainly been taken up by many Continental philosophers over the last 100 years or longer. (For example, Marx, Nietzsche, Heidegger, Derrida, various postmodernists, etc.) Here again we see that post-philosophy can't help but be philosophy; just as metametaphysics can't help but be metaphysics (at least as practiced by certain metametaphysics).

Thus Moser prefers the term 'metaphilosophy'. However, other philosophers treat the prefix 'meta' as simply meaning about (i.e., not intrinsically second-order).

How can we be more technical and explicit about this second-order study?

For one, it can be said that metaphilosophy is “thinking about thinking”. Haven't virtually all philosophers thought about thought?

Some say that metaphilosophy analyses the concepts [concept], [proposition], [theory], etc., rather than particular concepts, propositions, theories, etc. Though, here again, first-order philosophers (if that's what they are) have always carried out this enterprise. However, some of them did indeed see themselves as second-order philosophers (even if they never used the word “metaphilosophy”) - specifically in the first half of the 20 century. Isn't all this related to (philosophical) mathematical “meta-theory”; which found a philosophical parallel in Tarski and Davidson's meta-language/object-language distinction?

Gilbert Ryle, for one, was very much against metaphilosophy. Or at least he was without actually using the word 'metaphilosophy'. Instead he focussed on what he called “methods”. He said that the

"preoccupation with questions about methods tends to distract us from prosecuting the methods themselves. We run as a rule, worse, not better, if we think a lot about our feet. So let us... not speak of it all but just do it."

Is this typical English commonsensicalism? This position chimes in with something than a fellow Englishman, Bertrand Russell, once wrote: “The only way to find out what philosophy is, is to do philosophy." It certainly seems like an example of Ryle's well-known distinction between “knowing how” and “knowing that”. And isn't it neat that he should apply this distinction to philosophy itself? Of course if Ryle is correct, then that would mean that metaphilosophy (or at least the methodology of philosophy, as done by Timothy Williamson) is a waste of time.

Martin Heidegger did believe in metaphilosophy (again, without using that term). He wrote:

"When we ask, 'What is philosophy?' then we are speaking about philosophy. By asking in this way we are obviously taking a stand above and, therefore, outside of philosophy.”

In any case, Heidegger (in his Was ist das - die Philosophie?) continued by saying:

“But the aim of our question is to enter into philosophy, to tarry in it, to conduct ourselves in its manner, that is, to "philosophize". The path of our discussion must, therefore, not only have a clear direction, but this direction must at the same time give us the guarantee that we are moving within philosophy and not outside of it and around it."

“direction [that] must at the same time give us the guarantee that we are moving within philosophy and not outside of it and around it”.


That's unless I'm a victim of “binary thinking” here. Perhaps Heidegger's metaphilosophy is both above/beyond philosophy and “within philosophy” at one and the same time. This toing and froing beyond and within philosophy may be the only way to reach deep Heideggerian conclusions about philosophy. Jacques Derrida also said (in his 'Structure, Sign, and Play in the Discourse of the Human Sciences' - 1970) that one can never transcend Western metaphysics because the borrowing of even a single concept from it brings along with it the entire package. That is, “the entire syntax and system of Western metaphysics” is brought in when we philosophise about Western philosophy.

Posted by Paul Austin Murphy at 16:51