Michael Dummett on Frege’s Attempt at a Perfect Language 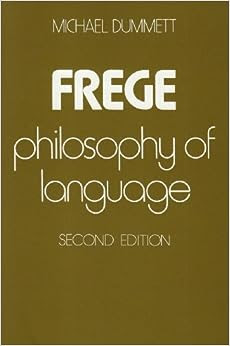 Why was Gottlob Frege so concerned with the determinacy of sense and its objectivity as well and the precise and explicit explication of what it is that makes a true sentence true?


For a start, this particular enterprise was part of a larger enterprise – that of creating a perfect language. Dummett explains:

“… I think that Frege dreamt of a perfect language in which such difficulties could never arise. There’d be no ambiguity, no vagueness, no need for interpretation.” (221)

One suspects, at least provisionally, that this is what Dummett wanted too. After all, why would he have invested so much energy on Frege if this were not the case? I would suggest the idea of ‘interpretation’ when it comes to making our utterances and sentences explicit creates problems for the idea of (Fregean) thoughts and propositions in that we may choose different interpretations of the same proposition or simply get it completely wrong in the first place. That is no doubt why Frege tried to create a semantics in which there would be “no need for interpretation” at all.


Is it even a possibility that Frege, or anyone else for that matter, could have created a language that is free from ambiguity, vagueness, and the rest? Perhaps one can create such an artificial language. However, as many philosophers later found, such languages were woefully inadequate when it came to clarifying and precisyfying natural languages and indeed any kind of language. Perhaps the creation of a language with no vagueness and ambiguity would be an indefinite – perhaps infinite – task. Perhaps even if it could be achieved no one, except perhaps its creator, would understand it.


In any case, Dummett himself realises that the idea of an ideal language is futile:

Despite saying that, Dummett goes on to say that that “doesn’t inhibit the communication of thoughts”. He continues:

“It just requires communication to be something which engages the intelligence of the hearer as well as the speaker.” (221)

With this statement Dummett moves into the second half of the 20th century and perhaps even commits himself to something like Grice’s theory of ‘speech acts’.


Additionally, just as the indeterminacy of meaning doesn't “inhibit the communication thought” (i.e. non-Fregean thoughts!), so a lack of a perfect or ideal language doesn’t inhibit communication. What matters, and what Frege failed to realise, is that the hearer, as well as the speaker, must be brought into the equation. We can't ever have a perfect language or sentence which even an ideal hearer will not be required to interpret in some way. There could never be some kind of algorithmic relation between an utterance or a sentence and our understanding of it as if its meaning (or the thought contained in it) simply passed from the utterance (or sentence) into our minds without picking up at least some dead wood along the way.


The hearer is as much part of the relation as is the speaker. The former must work as hard at understanding as the latter does at correctly communicating what it is he wants to communicate. Perhaps also the speaker or writer is required to assume certain things about the hearer or reader. Similarly, the context of the utterance as well as how it is articulated and stressed may also come into the picture when it comes to understanding an utterance or a sentence. More concretely, perhaps the speaker has to apply the “principle of charity” to the hearer and similarly the hearer has to apply the principle of charity to the speaker. Only then will both get something out of an individual act of communication.
Posted by Paul Austin Murphy at 01:57