What is (Analytic) Philosophy? 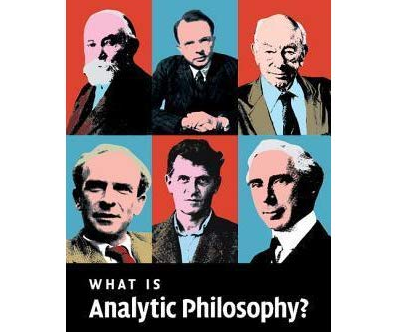 This is a short and personal take on analytic philosophy. Therefore it generalises quite a lot and offers a very broad outline on matters.

The way analytic philosophy is defined in the following is by seeing how it differs to other kinds of philosophy. Though again, as ever, there'll be many exceptions to the points made.

It's sometimes somewhat frustrating to hear what many other people think philosophy is.

For example, one man I once spoke to said she thought philosophy to be far too “mystical” and “airy-fairy” for her otherwise quite scientific mind.

Another person believed that Nostradamus was a philosopher and thus that philosophy is about all things prophetic and esoteric.

But most common of all, many laypersons believe that philosophy is an attempt to explain “the meaning of life” or “life’s ultimate purpose”.

Very few analytic philosophers have concerned themselves with such areas and questions. Virtually no 20th century philosopher saw himself in this mould. Perhaps only the philosophical Stoics took the meaning (or purpose) of life to be the prime object or subject of philosophy (as also with the Epicureans). To some extent both Plato and Aristotle also concerned themselves with these issues. However, both branched out into many other areas.

No doubt the layperson would be very suspicious of both the style and content of much contemporary analytic philosophy. The use of logic alone (along with the symbolism) would surely surprise the kind of layperson who takes the question ‘What is the meaning of life?’ to be philosophy’s ultimate question. Similarly, analytic philosophy’s close relation to science and mathematics would prove enlightening. (Not least, the logical positivists, the naturalisers of epistemology, ‘scientism’ or the subservience - if that’s what it is - to physics, etc.)

Similarly, contemporary philosophy no longer sees its primary role in terms of the discovery of the fundamental nature of reality or of Man. Such a pursuit - almost by nature - would render the philosopher an old-fashioned “system-builder” in the manner of, for example, Hegel.

Instead analytic philosophers often adopt what Bertrand Russell called a “piecemeal approach” to philosophy. That is, only small problems are tackled that don't bear strong relations to any larger metaphysical issues/systems. It isn't the philosopher’s job, they may think, to tie everything together into a philosophical system and thus gain access to what the 19th century idealists called the 'Absolute’.

We can also say that it is fundamentally atomist in nature even when the philosopher concerned is a holist of some description! That is, even though Russell’s ‘logical atomism’ and sense-data theories are no longer upheld in analytic philosophy (because of the holistic realisation that such atomism couldn't be sustained or justified in its old crudely quasi-scientific way), there's a sense in which analytic philosophy is still atomistic in nature – or if not atomistic, then, again, analytical. In other words, analytic philosophy is rarely synthetical in the Continental manner. Even holists (at least when it came to the philosophy of science) like W.V.O. Quine looked askance at, for example, Hegel’s ostensibly extreme syntheticism or holism. Holism, therefore, can still be endorsed and utilised within a philosophical framework that's still, nevertheless, largely analytical in nature. Indeed Quine’s logical and scientific biases clearly make this the case.

Finally, this piece on analytic philosophy is itself contextual, synthetic and (slightly) holistic. This simply goes to show how problematic many neat philosophical divisions really are.