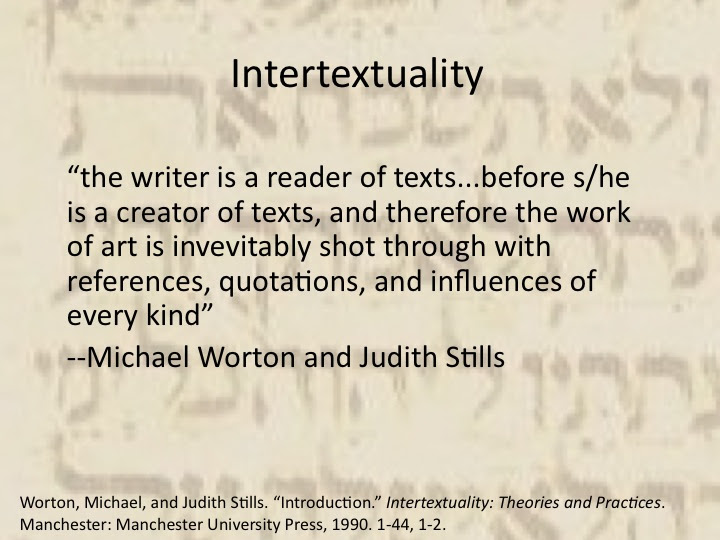 We get a good idea of the reality of what Continental philosophers call intertextuality when John Passmore discusses Michael Dummett’s theory of proper names:

“… to discuss, let us say, Dummett’s theory of proper names, one would have to take into account what Frege himself says, what Dummett says about Frege, what Kripke says about both Frege and Dummett, together with Dummett’s replies to, and his independent criticism of, Kripke. And this is clearly impossible in any reasonable compass.” (75)

In order to understand what Dummett says about proper names we would need to see what Frege says about them. Then we should see what exactly Dummett says about what Frege says about proper names. That isn't enough. We would also need to see what Kripke says “about both Frege and Dummett” on this issue because of Kripke’s own importance to this debate. Then we would also need to read Dummett’s replies to Kripke’s replies to Dummett, who was, in a sense, replying to Frege.


We know that Frege influenced Dummett. However, if we must read Frege and Kripke as well, what about the philosophers who influenced them? And so on.


Strangely, this extreme research on proper names is said to be “clearly impossible in any reasonable compass” (75) by Passmore. Though this is precisely the sort of research that is expected from the average post-graduate student at an average philosophy department which specialises in analytic philosophy. Philosophers too are expected to drop as many names as possible – especially fashionable up-to-date names. We must also bear in mind that Passmore wrote the passage above in 1985 – twenty three years ago. Since that time lots more has been written on proper names and indeed on Frege and Dummett’s stance on proper names. What would Schopenhauer think of all this philosophical parasitism?