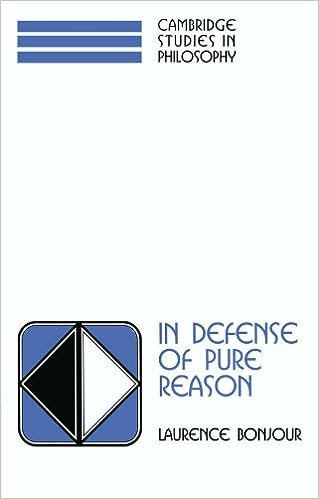 Michael Devitt makes some empiricist points about necessity in science and elsewhere. He accepts that science discovered that water is H2 O; though it didn’t discover “that it necessarily is” H2 0. In other words, “necessity is not an empirical discovery”. Or, in yet other words, “we do not simply observe the necessity of water being H2 O”.


What would such an observation be like - even in principle? Where does this necessity or essentiality come from? What does it add? Semantically, what does it mean to say that “water is necessarily or essentially H2 O”?


However, before we get too clever, not even empiricists believe that everything can be observed (or everything is about observation) in science. We “do not observe most scientific facts: we discover them with the help of a lot of theory”. Though, at the east, the empiricist may say: Theory helps us get at the empirical facts. Not even scientific theory, they may also argue, helps us to get to the ‘essence’ or ‘necessity’ of a scientific fact/object/event.


It's an interesting thing that after discussing analyticity and its relation to the a priori, Devitt says that Laurence BonJour (the “neo-rationalist”)


“has no more faith in attempted explanations [of the a priori] in terms of analyticity than I have and gives an excellent critique of their failings”.


In a sense he's right and someone like Quine would have agreed with him. That is, in the 20th century analyticity was supposed to be the key to the a priori or at least to our understanding of it. (That’s one reason why Quine spent a lot of time on analyticity in his ‘Two Dogmas of empiricism’.) It seems, then, that BonJour doesn’t need - or want - analyticity to prove his rationalism or apriorism. He doesn’t care if analyticity “makes the a priori palatable to the modern mind”.


Why did it do so? Because it treated the a priori (as well as necessity) as primarily - or indeed only - a linguistic matter. Clearly it's not only, or at all, a linguistic matter to BonJour himself. Synonymy of terms or concepts doesn't matter to BonJour. What matters (as it did to Husserl with his essences and meanings) is “rational insight”. And that has nothing intrinsically to do with language and therefore analytic statements (or analyticity itself).


What does BonJour mean by “rational insight”?


“occurs when the mind directly or intuitively sees or grasps or apprehends… a necessary fact about the nature or structure of reality” (BonJour, in Devitt).


It's not, then, a question of language, the synonymy of terms and all the rest. It's about necessary facts or the nature/structure of reality.


So instead of talk of words, concepts or meanings, BonJour talks about “properties” or the “properties of the world”. We must immediately ask how the mind can grasp a priori (or by rational insight) anything about the world without it thereby becoming experiential or indeed empirical in nature.


What does all this highfalutin stuff actually mean?


We all know what it means in the case of Plato, Kant and others; though what about BonJour in our own day? As Devitt puts it, “our problem of explaining the a priori becomes that of explaining rational insight”. What does BonJour offer that Plato, Kant and the rest didn’t offer? Perhaps he doesn’t claim to offer us anything new. Or perhaps only the language or his technical terms are new. (This may be a case of Jacques Derrida’s “sign-substitutions”.)


I've asked all these questions about rational insight; though BonJour himself says that “we do not presently have anything close” (BonJour, in Devitt) to an explanation of it. That in itself is no reason to reject rational insight out-of-hand and it certainly doesn’t even come close to a refutation of its reality. However, perhaps rational insight is “unanalysable” or “primitive” in nature. That being so, this doesn't mean that it is “objectionably mysterious, perhaps even somehow occult”. Instead of being mysterious (or even occult) we can see rational insight as being “fundamental and irreducible”. If we accept that, then it may be “in no way puzzling or especially in need of further explanation” (BonJour, in Devitt). That last bit, however, is a little hard to swallow – something’s being in no need of further explanation. (Though many such things have existed - and do exist - in both philosophy and science.) Devitt doesn’t like this. He seems to suggest that BonJour’s happy acceptance of the inexplicability of rational insight is brought about by his fear of the “intellectual suicide” we will effectively commit if we throw the a priori overboard (as many – all? – naturalists have attempted to do).


However, the naturalists shouldn’t be so hard on BonJour. Many people think that eliminativists - or reductionists - in the philosophy of mind palpably reject things that are, as it were, staring them in the face – whether that's consciousness, mind, belief or qualia. The same is true with a priori rational insight. We all have it. Just go ahead and carry out an example of modus ponens and you'll find it hard to reject BonJour and embrace Devitt’s epistemic eliminativism.


More technically, what none of us can reject is the “the intuitive or phenomenological appearances” (BonJour, in Devitt) of rational insight. There is “something it is like” (as Nagel put it) to have rational insight. That something it is like is, perhaps, all we need to see where BonJour is coming from. Indeed these “appearances” must surely prove to be “extremely obvious and compelling” to all but the intellectually blind. To deny rational insight is like denying the pain in one’s tooth. Incidentally, just as what it is like to experience pain is hard to explain, so BonJour accepts rational insight “even if we can’t explain it”. We can’t explain it; though we know it. And that, to BonJour, is enough (to be going on with?).


Devitt says that “[n]othing in the phenomenology supports” this stuff about the world and its necessary character. However, traditionally it was only the a priori (or rational insight) which gave us anything necessary about the world. BonJour isn't claiming anything new here. Indeed he's a soi-disant “old-fashioned rationalist” – so perhaps we shouldn’t expect anything too new (other than terminology).


Again we can ask: “What non-experiential link to reality could support insights into its necessary character?” This is the clang made by this link between non-experiential rational insight and, well, the empirical world (thought to be known - completely? - via experience by traditional empiricists).


Despite what's been said, Devitt’s radical - or even elimitivist - position towards the a priori isn't only aimed at this strange link between rational insight and the necessary features of the world - it's also aimed at the ostensible a priori nature of logic itself. Devitt concludes with what he calls a “nice abduction”. He writes:


“.... our knowledge of mathematics, logic, and the like cannot be explained a priori; an empirical explanation of it is the best.”


However, just as I said that BonJour’s apriorism or rationalism is (obviously) nothing new, so Devitt’s extreme empiricism regarding the a priori in logic is nothing new. The quote above could have been written by J.S. Mill well over a hundred years ago. Despite that, even the great empiricist Hume accepted the a priori and necessary status of logic and mathematics.

Posted by Paul Austin Murphy at 03:58