One Paradoxical Case of Material Implication? 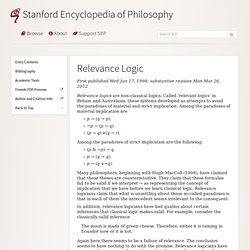 In a material implication which includes p and q, if p is true, then q must be true. Statement p implies both q and q’s truth.


What happens, then, if p is false? If p is false, then q may be false. Does that mean that q is only true if p is also true? Can’t p be false and q true (even though if p were true, it would also imply q and its truth)? We can accept that if p were true, then it must be the case that q is true. Need it follow that if p were false, that q need also to be false? Or, alternatively, p may well be false and still imply q. In that case, q could be either true or false.


It's said that if p is false “it will imply the truth of any proposition we care to mention” [Passmore,1956].


What does that mean?


Of course we could use any statement as a possible implicative proposition (or placeholder); though it wouldn't thereby be a genuine case of implication. It would simply be a case of shoving one symbol or statement on the end of another. Where does the paradox come in?


Take this example from John Passmore.


The clause “If the Devil were elected in the United States” can't imply that the “spiritual welfare of the nation would be improved” because the consequent is about the future and the first clause is part of a conditional. How can conditionals imply anything when they're not in fact the case? We can of course say that a conditional statement would imply something if it were the case. Thus even if the Devil were elected, how would that imply the better welfare of the nation? That consequent is itself conditional. That means that if the nation’s spiritual well being were improved, then it must have been the case that the Devil had been elected.


Conditionals aren't conditionals if both their antecedent and consequent are conditionals. It may happen that if the Devil were elected then there would be improved spirituality; though the actual election wouldn't imply what c/would follow. There's no genuine implication here.


Implications must follow; even when based on conditional antecedents. Thus even if the Devil were elected, this wouldn't imply improved spirituality. It may indeed follow that such a thing would happen; though if such a thing did happen it wouldn't have an implication-relation to the Devil’s election. That may follow; though it wouldn't be implied. Such a consequence would or could happen simply because it won't be the case that the Devil is elected. And if that’s the case, then anything can follow a situation that doesn't or couldn't happen.

Posted by Paul Austin Murphy at 07:56