C.I. Lewis on the Very Idea of a Conceptual Scheme 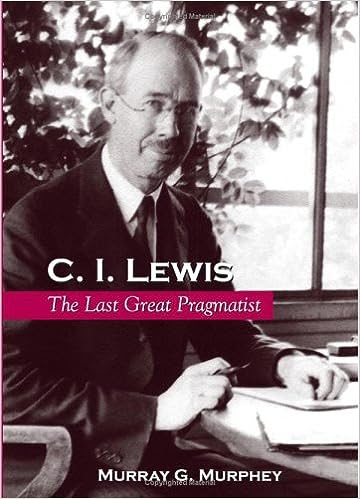 C.I. Lewis secured himself from any charge of ‘rationalism’ by arguing, in John Passmore's words, that


“the distinction between what is given to the mind and what the mind contributes has to be discovered in the world – it is not itself given”. [Passmore, 1957/1966]


Thus reason isn't its own guardian against error and untruth. It's far from autonomous in the rationalist sense. However, then Lewis makes a point that, although not rationalist, is very like Donald Davidson’s later position. He argues that the world


“we actually experience is one in which the mind has already been at work”.


In Davidson's terms, we don't apply a conceptual scheme to ‘the Given’ – the world is already "structured" though not "organised" [see Michael Luntley's 1999]. Lewis goes on to argue if that weren't so, “it would be wholly indescribable; nothing less than a pattern or an order can be named”. Moreover, “one can never say of anything that it is 'the given'”. Lewis adds:


“To know at all is to categorise; Russell’s 'knowledge by acquaintance' is impossible in principle.”


Like Davidson later, Lewis still accepted the given (without a capital 'G'); though he saw it differently to the epistemic foundationalists or sense-data theorists. He argued that


“there is a given – something which no activity of thought could alter – is beyond all question”.


He went on to say that “[n]o philosopher has ever succeeded in doing without the given”.


Like Davidson and, indeed, Kant, there is a given of sorts; though that too is structured (though not organised) by the mind (or, in Kant’s case, by the Transcendental Ego). The world is given to us in a structured form – structured by categories and concepts. However, we don't contingently apply conceptual schemes to this given in order to organise it – it's already organised.


“unanswerable – if it means, how do we know that what we experience is not quite different from what we take it to be?”


If we take the mind naturalistically, and deny any application of conceptual schemes, then this question makes even less sense because


i) we have no choice but to see the world as we do see it.


ii) If the mind is part of nature (not its pure spectator), then there's no prior reason to believe that there could be such a mismatch between mind and world.


“experience must 'really' be the sort of thing which satisfies our categorical principles, because those principles are the only thing which can determine what is 'real' and what is not”.


“describe the way in which we interpret our experience; nothing could happen, therefore, could overthrow them”.


Lewis acknowledges that they


“may alter if our interests, and with them our methods of interpretation, are modified; but they can never be refuted”.


Thus, after all, they aren't a priori in quite the same way as Kant thought. Though, like Carnap’s “linguistic systems”, they can't be deemed true or false: “they can never be refuted”. They must therefore be chosen on pragmatic grounds; even though we're still given a conceptual and categorial framework from which we can modify them. It's still the case that there's no experience devoid of “categorical principles” – no pure given. However, unlike Kant’s a priori categories and concepts, we can indeed modify or change our categories or categorial frameworks; though we'd still be unable to experience an uncategorised given.


This is quite an interesting middle way between Lewis's critical realists (metaphysical realists?), epistemic foundationalists, Kantian transcendental idealism and the conceptual relativists who came on the scene after Lewis. Indeed, because of Davidson’s debt to Kant (as well as his denial of conceptual schemes), this very synthesis was something Davidson tried to bring about later.

Posted by Paul Austin Murphy at 08:09