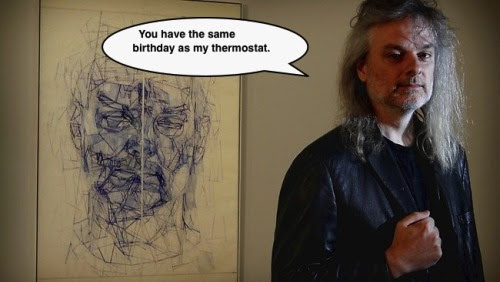 
So at first glance there's no doubt at all that panpsychism is a bizarre theory. It just seems so intuitively unbelievable.


On the positive side, one can argue (perhaps ironically) that Chalmers' panprotopsychism is more naturalistic (or scientifically kosher) than many of the physicalist alternatives. After all, if panpsychism is the position that consciousness/experience is as elemental and irreducible as space, time and mass (and therefore can found in single-celled organisms and even in inanimate matter), then panpsychists have a better explanation of why consciousness 'emerges' from the brain than many of their rivals. There's a big problem, however. And that is that there's no reason to believe that consciousness/experience is elemental. This basic panpsychist assumption is thoroughly speculative.


The most counterintuitive aspect of Chalmers' position is that he doesn't take experience to be only an aspect (or part) of human minds or even of animal minds generally. He believes that experience is something to be found outside of minds – or “everywhere” (as he puts it).


“A mouse has a simpler information-processing structure than a human, and has correspondingly simpler experience.” [2010]


So at least we're still talking about minds here (if the mind of a mouse).


What about, say, a thermostat? Chalmers says that

“it would be surprising for it to arise only every now and then; most fundamental properties are more evenly spread”. [1995]

Clearly a distinction has to be made here between that which is necessary for experience/consciousness and experience/consciousness itself. The panprotopsychical position is that what may be responsible for minds can be found right down the line to basic matter. However, why should we also say that such things are minds or that they display “experiential properties”? That's like saying that an individual brick has something in common with the house it is part of. Or, alternatively, it's like saying that each brick somehow "contains" the house in miniature. A better example may be to say that each neuron is a miniature mind. That is, experience or mind can be found at the level of the individual neuron.


Despite saying all that, it's clear that Chalmers himself has a pretty deflationary view (hence the 'proto' in 'panprotopsychism'!) of what it means to say consciousness/experience pervades the fundamental levels of matter. He writes:

“There needn't be anything like 'minds' as we usually think of them at the fundamental level, for example -- I'm not suggesting that electrons are having deep thoughts about the protons they're revolving around!”


“It's just some sort of very simple, primitive analog of experience, going all the way down.” [1998]

The above begs the question: What does Chalmers mean by “primitive analog of experience”? Does it mean (as in my house and brick example) something that's necessary for experience or something that is itself experience?


Of course stating that “experience itself as a fundamental feature of the world” seems counterintuitive and even eccentric. That's primarily because most people hold the view that consciousness is a consequence of something that's highly complex – i.e., the brain. Thus to be told that a stone or even a lump of shit can have (or contain) experience seems unfathomable. Again, a stone or lump of shit can contain experience because experience itself, according to Chalmers, is in the same ballpark as mass, charge and space-time.


In Chalmers' panprotopsychism we move away from the general view that consciousness is a result of some kind of complexity. Panprotopsychism, on the other hand, is partly about special fundamental entities. Chalmers says that

“the view that fundamental entities are protoconscious, that is, that they have certain special properties that are precursors to consciousness and that can collectively constitute consciousness in larger systems.” [2013]

From the above we can conclude that consciousness is a question of fundamental entities as well as as question of complexity. After all, it's not being said here that an atom or rock is conscious. There's talk, instead, of “properties that are precursors to consciousness” which “collectively constitute consciousness in larger systems”. The use made of the word “collectively” hints at the importance of complexity. That is, these fundamental protoconscious entities aren't conscious themselves. Instead, they are “the precursors to consciousness”.

It's clear that an emergentist can hold the position that experience (or consciousness) emerges from the physical. As it stands, though, this isn't a very informative position.


Chalmers, on the other hand, says that panpsychism is the “view on which the novel properties are somehow inside the microphysical network from the start”. That statement in itself can be seen as an indirect argument against emergentism in that if “novel properties” exist “from the start”, then nothing truly novel can be said to emerge from complexity (or from anything else). Higher degrees of novelty (to carry on using Chalmers' word) may well occur; though since novelty exists from the very beginning it's hard to say that novelty suddenly emerges from complexity. (As with Leibniz's 'monads'?)

This idea is put in another way by Chalmers when he says that “constitutive panpsychism holds that microexperiences somehow add up to yield macroexperience”. So here again we have the idea that complexity may be necessary; though it is “microexperiences” in addition to complexity which are required for human consciousness.


Chalmers, David. (2013) 'Panpsychism and Panprotopsychism'.
(2010) The Character of Consciousness.