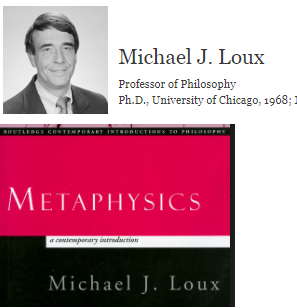 Loux sees this as being self-defeating on the conceptual schemer's part.

Simply because this may be (or is) the case, that doesn't also mean that there's nothing to account for. Neither does it mean that “we make it all up”. (This is how Loux describes “subjective idealism”, which he ties to anti-realism - as does fellow metaphysical realist, Peter van Inwagen.)

“conceptual representation bars us from an apprehension of anything we seek to represent” .

That's not the case. Do the theories and models of physics deny physicists an apprehension of anything they seek to describe, understand or represent?

The metaphysical realist makes the same mistake when it comes to the nature of the world (i.e., regardless of conceptual schemes). He assumes that anything other than a thoroughly metaphysically-realist position (or position from within “traditional metaphysics”) will bar us from an apprehension of anything we seek to represent. However, anti-realists are representing something – something which has a causal affect on us. Despite that, there are many reasons for believing that we can't get that something in its pristine state. That something is causally responsible for our statements, theories, experiences, sense-events and models. However, that same something can bring about many different statements, experiences, sense-events, theories and models. And that's partly because of the mediation of various contingent factors: mind, language, concepts, prior theories and whatnot.

Posted by Paul Austin Murphy at 06:29