What Do the Words “Ultimate Reality” Mean?

Aren’t the words “ultimate reality” somewhat poetic and highfalutin? What do they mean?

Just a word of warning here. Some readers may be disappointed by this piece because the title may be somewhat misleading. Rather than the following being my own personal position on the nature of “ultimate reality” (or even a piece which argues that such a thing can’t be discovered), it’s actually about a particular philosopher’s stance on ultimate reality. That philosopher is Professor Peter van Inwagen.

The words “ultimate reality” aren’t often used by professional philosophers. On the other hand, they are often used by well-known writers of “spiritual” bestsellers and by popular-science writers. 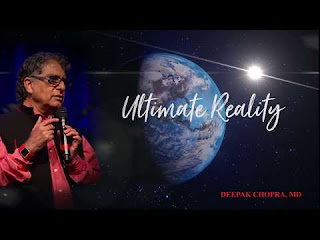 But firstly, here are a few biographical words on Peter van Inwagen himself.

Van Inwagen is an American philosopher and John Cardinal O’Hara Professor of Philosophy at the University of Notre Dame. He was also the president of the Society of Christian Philosophers from 2010 to 2013. Van Inwagen has also been a major player in the debate about free will. Indeed he introduced the term ‘incompatibilism’ to stress the position that free will is not compatible with determinism. Van Inwagen has also taken part in the “afterlife debate”. (He wrote a piece called ‘I Look for the Resurrection of the Dead and the Life of the World to Come’.)

If Peter van Inwagen himself hasn’t got access to Ultimate Reality (I’ll be using platonic capitals from now on because they seem very apt), then who has? God? Indeed, even if we assume that God exists, then we’d still have the problem of explaining how he communicates his own view of reality to mere mortal human beings like… Peter van Inwagen.

This is similar to the truths (mathematical and otherwise) which “exist” (or have being) in the Platonic realm. Even if such a “place” exists (or has being), then there would still be a question as to how human beings get hold of its pristine “truths” without polluting them with terrestrial or contingent detritus. That is, even if God’s view or the Platonic Realm exist, we fallible human beings may still not have even the slightest access to such things. And even if we did have access to such things, how would we know that we did? On the other hand, why should we ever accept that other individuals have access to God’s View or the Platonic Realm — even if we don’t?

One may ask if van Inwagen himself has tapped into God’s View of reality. (I’m attempting not to be too ironic here.) Van Inwagen would, I presume, deny that. However, he would still say that such a view of reality is at least possible. That is, the quest for Ultimate Reality is actually a philosophical ideal. It’s something we must strive toward even if we can never get there. In that sense, perhaps van Inwagen is echoing the following often-quoted words (written in 1931) from Albert Einstein:

“To know what is impenetrable to us really exists, manifesting itself as the highest wisdom and the most radiant beauty which our dull faculties can comprehend only in their most primitive forms — this knowledge, this feeling is at the center of true religiousness.”

Like the words “ultimate reality” themselves, the passage can of course be taken as some kind of purely poetic expression — not as philosophy and certainly not as science. So if van Inwagen accepts that the phrase “ultimate reality” is a poeticism, then that’s fine and we can move on from there. In other words, acknowledging the aesthetic (or emotional) power of the phrase “ultimate reality” doesn’t automatically mean that it should be rejected as having no philosophical content whatsoever. Nonetheless, it’s still helpful to lay one’s cards on the table about its poetic nature.

In any case, van Inwagen also uses the term “context-independent reality” as a virtual synonym for “ultimate reality”. Here again, we’d need to know what (alternatively put) reality without any context (or reality which has no context) actually means.

It’s hard to imagine or even conceive what a context-independent reality could even be — never mind what it would “look like”. Thus such a thing may well fail the test of conceivability. (see David Chalmers here.) That may not matter much. After all, many things could exist (or have being) which we could never conceive of. (Say, in the manner argued by the philosopher Colin McGinn in his philosophy of mind — also see here.) Nonetheless, we may still have grounds for being skeptical about the reality of a context-independent reality (or Ultimate Reality). More prosaically or pragmatically, what point does the idea of (or the thing) Ultimate Reality serve? Where does it take us?

Whichever attitude one has, the words “context-independent reality” themselves almost read like Spinoza’s sub specie aeternitatis or Thomas Nagel’s own “view from nowhere”.

So what does Peter van Inwagen take “ultimate reality” (or Ultimate Reality) to be?

He believes Ultimate Reality is what (to use his own words)

“lies behind all appearances”.

But are appearances part of ultimate reality? Van Inwagen clearly believes not. Why is that?

I quoted van Inwagen’s word “behind” (i.e., as in “lies behind all appearances”) a moment ago.

Is that word a metaphor? I can’t see how it can be anything else but a metaphor. This may seem facetious, but if Ultimate Reality lies behind all appearances, then it could (at least in principle or if we take the word literally) lie on top or below appearances too. After all, the word “behind” is usually — though not always — used as a spatial term. Sure, we also have phrases such as “What’s behind your actions?” in which the use of the word “behind” hasn’t a literal spatial meaning. However, in van Inwagen’s case, the word “behind” most certainly does seem to be being used in its spatial sense.

So, again, what is it for Ultimate Reality to lie behind all appearances?

“[T]hose statements would be objectively true that correctly described the ultimate or context-independent reality.”

So perhaps the words of the English mathematical physicist and mathematician Roger Penrose will help us here because he too uses the words “objective”, “dependent” and he also hints at Ultimate Reality. Penrose writes:

“Platonic existence, as I see it, refers to the existence of an objective external standard that is not ‘dependent’ upon our individual opinions nor upon our particular culture.”

“metaphysics is the attempt to discover the nature of ultimate reality”.

At least van Inwagen uses the word “attempt” in the statement above. This must mean that van Inwagen acknowledges that metaphysical realists may not take us — all the way? — to Ultimate Reality; though at least that’s their overall aim. Whichever way, it’s only metaphysics itself that can take us to this destination. According to van Inwagen, anti-realism, on the other hand, is a “denial of [this] possibility”.

One may also ask exactly how we can “discover [the] nature of ultimate reality”. What philosophical (or otherwise) tools must we use to do so? It’s not enough to say that we must — or can — do so through metaphysics. And neither is it enough simply to say that metaphysical realism is the best shot at discovering Ultimate Reality. We’d also need to know why metaphysical realism is the best shot.

So which philosophical and logical tools, concepts, emotional or personal standpoints, ways of thinking (other than thinking that metaphysical realism is the way), etc. are used by metaphysical realists? And why do they — or why can they (at least in principle) — take us to Ultimate Reality? Again, it’s no use ostentatiously proclaiming that metaphysical realism is the means to discover what lies behind all appearances if that claim isn’t backed up with results that other philosophers, scientists, and laypeople can agree upon. In other words, we’d need to know how such philosophical and logical tools do lead us to something as grand as Ultimate Reality.

Posted by Paul Austin Murphy at 08:14