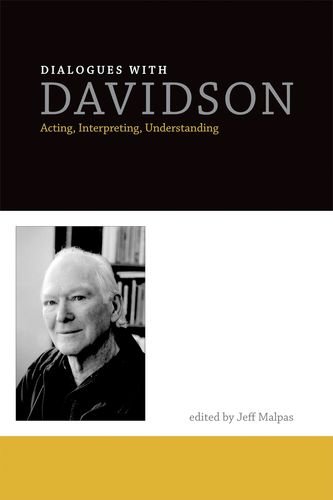 
Davidson believed that the


(We can now ask: How large must this range of other sentences be?)


We can clarify Davidson’s semantic holism in terms of the systematicity of a concept-expression and its possession. As Michael Luntley puts it:


The starting point of Davidson’s theory is Frege’s Context Principle in which the meaning of an expression is determined by its context and place within a truth-valued sentence. Davidson extends Frege’s Context Principle to include other sentences in which the said expression occurs. It's from this group of sentences (large or small) that we can compute the expression’s meaning within the context of an overall theory.


We also have a well-known statement from Davidson on meaning-holism that's sometimes taken as a criticism of holism; though, at other times, simply taken as an explanation of the phenomenon.


In his paper, ‘Truth and Meaning’, Davidson writes:


The same with definitions.


The individual speaker (or thinker) needs to begin somewhere; just as the epistemologist won't attempt to justify all his premises in an argument of justification. Even the semantic sceptic needs Wittgenstein’s ‘hinges’ to turn on in order to get his sceptical show on the road.

Posted by Paul Austin Murphy at 08:27