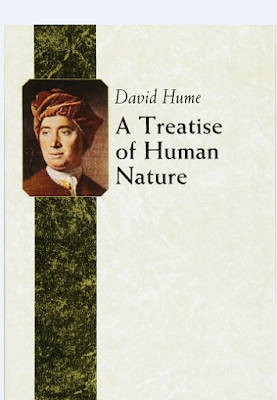 In his A Treatise of Human Nature, David Hume gives us two definitions of cause. The first definition refers to external objects:

"We may define a cause to be ‘An object precedent and contiguous to another, and where all the objects resembling the former are placed in like relations of precedency and contiguity to those objects that resemble the latter.'”

The second definition is psychological in character:

It will become clear later that Hume thinks that the first definition above is parasitical on the second.

Hume was an empiricist (i.e., a believer that all our knowledge ultimately comes from experience). He therefore looked for the source of necessity in what he called our (sense) “impressions” (i.e., in our experience). He believed that it was commonly thought that there were necessary connections between causes (of a certain kind) and effects (of a certain kind). He asked us: From where do we get this idea of necessary connection? His conclusion was that we don’t have such an “idea”. (In Hume’s philosophy, “ideas” are essentially “copies” of “impressions”.) More accurately, we don’t receive any sense impressions of necessary connections between causes and effects from which we derive ideas. According to Hume, all we see is that “the object we call cause precedes the other we call effect”. That is, we don’t see a third thing that necessarily connects the cause with the effect. Again, according to Hume, there is no third relation “between cause and effect”.

So what accounts for our belief in the necessary connection between causes and effects?

Hume goes into detail as to why we have (literally) no idea of a necessary connection between cause and effect. He elaborates with an empiricist critique of the very idea of necessity in the external world.

Firstly he says that “reason alone can never give rise to any original idea”. This is Hume’s way of saying that the rationalist doesn't see - literally see - necessity through his use of “pure reason” (to use Immanuel Kant’s words). We have no innate ideas of necessity or necessary connections either. Again, all ideas are mere copies of (sense) impressions. So if we have the idea of “efficacy”, then that “idea must be derived from experience”.

All this is part of Hume’s dismissal of the 17th century rationalism of, amongst others, Descartes, Spinoza and Leibniz. (In fact, by the time Hume wrote his Treatise, he felt confident enough to write that the principle of innate ideas - a rationalist favourite - had already been refuted.)

Again, according to Hume, the idea of necessary connection “arises from the repetition of [two objects’] union”. However, that repetition “neither discovers nor causes anything in the objects”. The necessities are “consequently qualities of perceptions, not of objects”. More precisely, Hume says that necessity “is something that exists in the mind, not in objects”. Even the necessity of arithmetic and geometry is to be found in the mind. Hume wrote:

“[T]he necessity, which makes two times two equal four, or three angles of a triangle equal to two right ones, lies only in the act of the understanding, by which we consider and compare these ideas…"

So Hume believed that the source of necessity (vis-à-vis cause and effect) is to be found in human minds. That is, it is through the customary experience of a cause being followed by a particular effect that we come to believe in a necessary connection between the two. Or:

“[A]fter frequent repetition, [we] find that upon the appearance of one of the objects the mind is determined by custom to consider its usual attendant [i.e., effect]…”

Hume believed that our ideas of necessity or necessary connection come from our understanding of our internal mental acts or volitions. Hume wrote:

"Some have asserted that we feel an energy or power in our own mind; and that, having in this manner acquired the idea of power, we transfer that quality to matter…The motions of our body…obey the will; nor do we seek any further to acquire a just notion of force or power."

Despite all the above, Hume believed that the external problem of necessity (or “power”) is simply replicated in terms of minds. And as with matter (or necessarily connected objects) “a [mental] cause has no more a discoverable connection with its effects than any material cause has with its proper effect”. Hume continued:

"In short, the actions of the mind are…the same with those of matter."

Again, all we perceive are mental “constant conjunctions”. Hume talked about “internal impression” rather than external impression. And, as with external causes and effects, “we should in vain hope to attain an idea of force by consulting our own minds”.

Where do we think we get the idea of necessity - or of a necessary connection - from?

Hume was at one with the Cartesians who believed that matter “is endowed with no efficacy”. However, we do indeed perceive motion and causation, therefore, according to Hume, the Cartesians concluded that “the power that produces [efficacy] must lie in the Deity”. But just as Hume believed that there is neither necessity in the world nor in the mind (though there is therein a false perception of necessity), so he also concluded that because of a lack of empirical impressions of necessity found in the Supreme Being, necessity can’t be found in the Supreme Being either.

It's not causation that Hume is denying, only necessary causation. When Hume emphasises the psychological nature of necessity, he wan't thereby denying causation or saying that it is mind-dependent.

"The question was not whether the concept of cause was right, useful, and even indispensable for our knowledge of nature, for this Hume had never doubted; but whether that concept could be thought by reason a priori [therefore necessary]."

Hume himself was very clear about this. He wrote:

“[T]hat the operations of nature are independent of our thought and reasoning, I allow it.."

"But if we go any further, and ascribe a power or necessary connection to these [operations], this is what we can never observe in them…"

It is the mind that projects necessity into the external empirical world.

So we see that objects are always connected as cause to effect. Then we assume that this relation is necessary. But, as Hume argues, we can never have any idea of this necessary connection or power between them.

There are a host of other words used in everyday language which showed Hume that we believe in the necessary connection of certain causes with certain effects. He gives the examples of “efficacy”, “agency”, “power”, “force”, “energy” and so on. But, according to Hume, these terms are all closely connected to what we deem to be necessity and so they don’t really explain the concept of a necessary connection.