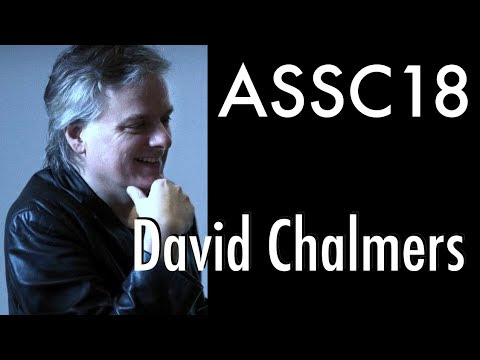 “that there be duplicates of conscious beings that have absent or inverted conscious states”.

This can't be a logical argument because surely this could happen. It must be a scientific or physical argument that states that if P, then Q.
Type-A materialists also claim that Mary isn't ignorant of any phenomenal ‘truths’ inside her black and white room. As with ‘facts’, what does Frank Jackson mean by ‘phenomenal truths’? There are some things Mary is ignorant of; though are they ‘facts’ or ‘truths’? And what does it mean to say that she “gains an ability”? Does it mean the ability to, say, discriminate red from green?
The materialist can accept that there's such a thing as consciousness; it’s just that he can define ‘consciousness’ in his own peculiar technical way.
For example, analytic functionalists or logical behaviourists define ‘consciousness’ in terms of “wholly functional or behavioural terms”. More specifically, they talk in terms of “certain sorts of access to information, and/or certain sorts of dispositions to make verbal reports”. Of course intuitively these definitions are far from acceptable and they simply leave out - amongst other things - the question of what it is like to be conscious – that is, they leave out entirely the first-person reality of conscious states.
How can consciousness only be about behaviour or functional states because a zombie or a machine could – at least in principle - replicate our behaviour and functional states. Similarly with accessing information and ‘overt behaviour’.
Thus this seems like a simple stipulative definition of ‘consciousness’ on the analytic functionalist or logical behaviourist’s part. And why not?
More relevantly, type-A materialists believe that there's nothing further to be explained about consciousness over and above explaining the various functions. If this is the case, then Daniel Dennett, for one, has indeed explained consciousness! Though only by stipulating that there's nothing, in fact, to be explained!
To be clear: what precisely are these functions?
They include the “capacities for access, self-monitoring, report, control, and their interaction”. Importantly, a being’s environmental relations and neurobiology will also be of importance to such materialist accounts of consciousness.
There are three responses to the above:
Is consciousness like everything else in nature? Type-A materialists argue that it is and they argue by analogy.
For example, in explaining life “the only phenomena that present themselves as needing explanation are adaptation, growth, metabolism, reproduction, and so on”. We can now say:

Though can we say? -

The vitalist, of course, argued that there's more to life than the list above. What about consciousness? Is there more to the list above? What if consciousness is somehow unique? What would make it unique? Phenomenal experience? And is this over and above the list above?
Dennett seems to argue that if the old-fashioned vitalist was wrong about life, perhaps non-materialist philosophers are wrong about consciousness. Is the analogy exact? David Chalmers cites Broad (who was a vitalist about life). Broad believed that the (biological?) functions “would require a non-mechanical explanation”. Broad also had something to say about the analogy with consciousness and argued that life and consciousness aren't the same. Indeed his position on life appears to be behaviourist in orientation. He

“held that in the case of life, unlike the case of consciousness, the only evidence we have for the phenomenon is behavioural, and that 'being alive' means exhibiting certain sorts of behaviour”.

This seems a thoroughly behavioural account, as I've already said. Why did he also say that “functions would require a non-mechanical explanation”? This isn't really explained in Chalmers’ paper.
We can also see an explicit behaviourist account of qualia.
Rey argues, for instance, “that there is no reason to postulate qualia, since they are not needed to explain behaviour” (12). The obvious and immediate riposte to this argument is the question: Why should we see behaviour as everything that is the case? And even if qualia aren't needed to explain behaviour (or don't even cause behaviour), why should this be the end of the story? There's still something it is like to taste milk or experience an orgasm.
Dennet offers a similarly behaviourist account of consciousness. It is verbal reports that are of prime importance to Dennett. And, of course, overt behaviour is behaviour.
Again, why stop at verbal reports? Isn’t there something else to add to this story of consciousness? Even Quine was only a semantic behaviourist in that examples of overt behaviour were the sole grounds of meaning and other semantic properties. The semantic can only be known through what is said and what is written. Though this isn't psychological behaviourism. Would Quine have rejected the need for an explanation - or even an acknowledgement - of qualia and other non-semantic phenomena? Is Wittgenstein’s ‘private language argument’ also applicable to the phenomena we call ‘qualia’?
Posted by Paul Austin Murphy at 09:12