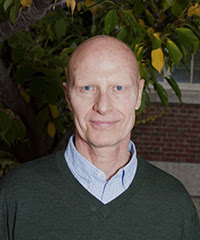 
Thus in Conee’s example: “Robinson’s context, his 'everyone' would be restricted to all who are members of the BC”. All this is pretty obvious to everyone who has ever used a quantifier – which is everyone.


However, there's a problem.


On one account, what Robinson says can be taken to be both false and true. It's true if the word ‘everyone’ is only taken to apply to the members of the Boring Club. Though it's false if his ‘everyone’ is taken to apply to, well, everyone – the Pope, for instance, isn't present at the meeting. However, epistemic contextualist (EC) theorists can easily take both what Stickler says to be true and what Robinson takes to be true. On Conee’s account, the truth-conditions have changed from an application to members of the BC to literally everyone is the world. The EC will say that


“Stickler has shifted the conversational context, perhaps by mentioning the Pope, someone who is not in the group previously assume to be relevant”.


It is this change in "conversational context" which makes both positions true, on the EC account.


“hold roughly that something about the context of a moral evaluation, perhaps something in the culture or the personal values of the evaluator, contributes to the truth conditions of the resulting evaluation”.


This comparison between moral relativism and EC is made clearer by Conee.


According to the tribesmen of Borneo, head-hunting is morally right. According to Europeans, it's wrong. Head-hunting can't be both right and wrong. However, according to Conee, “moral relativists and EC theorists can work to explain away the appearance of contradiction or disagreement”. That is, it's right according to the context of Borneo head-hunters and it's wrong according to Europeans. There's simply no contradiction, in that case, according to Conee’s moral relativists and EC theorists. Though Conee seems to be saying that although the context may well be different, both the Borneo tribesmen and Europeans are “discussing the same thing” (50). That must mean that (on Conee’s account) the truth-conditions must also be the same, despite differences in context (which he can't help but accept).


Conee makes a lot of truth-conditions in his account of EC. More to the point, he stresses the fact that it's (often?) the case (say, in his moral relativism example) that despite “differing standards” and contexts, the truth-conditions remain the same. This must only mean that despite different standards and different contexts, whatever is true remains true regardless if these differences. Thus this is position is a direct case against epistemic contextualism.


He gives this example of “genuine US currency”:


The truth-condition in this example is “genuine US currency”. The contextual or standard variations are “a quick look” at the currency; a “careful inspection” of the currency; and a currency that's "rigorously judged using a high-tech device”. None of these variable contexts or standards changes the fact that genuine US currency is, well, genuine US currency. We can also say that genuine US currency itself doesn't change even if the standards or contexts of inspection change. The question is whether or not this example - and the conclusions Conee derives from it - can also be applied to the epistemological cases already discussed. Can this talk about, say, a US dollar (which is a physical object) be applied to such things as the rightness or wrongness of an action, the reality or unreality of the external world and what is the correct mode of justification? In that sense, perhaps the cases aren't parallel at all. Indeed perhaps there simply are no truth-conditions in the former cases; especially in the case of moral relativism or morality generally.


Conee puts what can be called the Folkist (i.e., non-contextualist) case by using the folkist phrase “really and truly”. This phrase passes for a strict account of what it is that the folk think and believe. This is Conee’s example:


Again, Conee makes his point by stressing truth-conditions. The EC theorist would say that the truth-conditions change when asked in "casual" terms about happiness, friendship and goals compared to when they're asked what they "really and truly" believe about such things. Indeed this contextual variance seems to be written into the English language. Or as Conee puts it:


“[i]t is possible that the English terms for these categories of happiness, friendship, and so forth all have contextually varying truth conditions, and that the standards are raised by these ‘really and truly’ questions.”


I suspect that Conee believes that the truth-conditions about these matters of friendship, happiness and goals don't in fact change. What changes is only the difference between ‘casual’ responses to such questions and thoughtful responses to them. That isn't really a change in context: it's a change in one’s attitude towards the question itself. And what Conee says about folk responses to questions about happiness, friendship and worthwhile goals, he says may be true about epistemological questions and issues as well. There may be no such thing as context in these cases either. Conee writes:


“… it may be that every issue about knowledge, from the Gettier problem to the extent of scientific knowledge, from the nature of justification to the merits of external world scepticism, has been discussed solely in this single ‘really and truly’ context. Granting epistemic contextualism, this claim of a single philosophical context has some plausibility.”


When we talk about the Gettier problem (or about scientific knowledge, justification or external-world scepticism) we want to know the really and truly about it. We don't want to know about the context of attributions or the context of knowledge itself. When we speak of knowledge in all these cases, we're talking about exactly the same thing. There isn't one kind of knowledge for the Gettier problem, another kind of knowledge when it comes to scientific claims, another for questions of justification, and yet another for statements about the reality and character of the external world. It is one and the same knowledge in each and every case.


One might say that if the really and truly applies to folkist concerns about friends, happiness and worthwhile goals, it should certainly apply to epistemological questions and issues. Or perhaps Conee does indeed accept that there are contexts, as indeed he must do; though when it comes to scientific knowledge, the Gettier problem, justification and external-world scepticism, the only context that matters is the really and truly context. Or, as Conee puts it, this context is the “single philosophical context” (53). Does that mean that there are indeed different contexts for folkist issues like happiness, friendship and worthwhile goals? It seems that earlier Conee rejected folkist contextualism as well.


“[t]his explanation attributes to us some sort of grip on the contextual variation in standards for ‘knowledge’ ascriptions”.


This “grip on the contextual variation” is thought to be tacit. That is, “[w]e are not said to think explicitly that there is a contextual variation”. It's hard to know what to make of this statement. Do we really take into account contextual variation; though only tacitly? In that case, what's meant by the word ‘tacit’ here? In any case, even if this knowledge is indeed tacit, it still seems to be pretty detailed and, well, explicit! That is,


“we are supposed to be guided by our understanding of ‘knows’ to count some differences in context as decisive to truth when we make our plausibility judgements”.


Again, I think that Conee actually denies this tacit-knowledge account of Folk attributions of knowledge and therefore our very strict uses of the word ‘knowledge’. I would reject both accounts. I don't believe that all these things go on at the tacit level. And neither do I believe that it can be said that the Folk have a strict notion of knowledge or of knowledge-ascriptions.


Since the EC believes in contexts, it's not surprising that there's also a “sceptical context” to take into account; as well as an everyday context.


Conee seems to suggest a case when we can meet these strong sceptical demands.


“perhaps external world judgements are in the right way 100 percent probable when they are correctly causally connected to the fact known”.


However, this “might occur only in optimal cases of perception and memory” (54). Thus even though sceptical demands are strong (not to say extreme), Conee suggests that - at least in theory - they can be met. Despite that, many epistemologists deny global (or extreme) scepticism precisely because they believe that its demands can never be met – again, in principle!

Posted by Paul Austin Murphy at 09:18