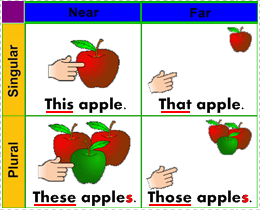 It's the case that even the words ‘this’ and ‘that’ must rely on some kind of descriptive content - at least for the speaker or "reference-fixer". Even if the reference-fixer doesn’t have a proper name or even an explicit description, he must still have individuated the this or the that otherwise how would he know what it is that he's in fact referring to? Which this or which that? This is certainly the case for the hearers.

How does the speaker himself distinguish various x's from various y's? After all, in an act of ostensive definition one could be pointing at, say, the brown on the table, the cup on the table, or whatever. Ostension alone can't individuate a this from a that. And if it’s all a question of sense-data (as it was for Bertrand Russell, see Kripke, 1971), how does the speaker know that the hearer will have the same kinds of sense-data? Even sense-data for the speaker can't in and of itself individuate a this or a that. Sense-data presuppose individuation; otherwise they wouldn’t be the data of something. However, according to traditional sense-data theorists, we move - or ‘infer’ - from sense-data to the objects in the external world. But without prior individuation, how would the sense-data theorist distinguish between relevant and irrelevant bits of sense-data? Presumably when the theorist has sense-data of, say, a table, he'll also have sense-data of the things on the table, the colour of the table and the objects in his general field of vision.

“… demonstrative reference, one has reference without any description. But this is merely a myth. Suppose I point to a brown table, and say, ‘This is brown.’ It is not my pointing alone which fixes the reference of the occurrence of ‘this’, for my finger will also be pointing at the edge of the table, or a small brown patch on the table.”


Jason Stanley then goes on to say:

“Rather, a factor in fixing the reference of my demonstrative is that I intend to be demonstrating some object whose identity criteria are those of tables, rather than those of small brown patches or edges…[so we have] the massive indeterminacy of ostensive definition.” [Stanley, 1997]

The above may be derived from Quine’s points about ostension:

“There is the question how wide an environment of the ostended point is meant to be covered by the term that is being ostensively explained…the question where one of its objects leaves off and another begins…It is meaningless to ask whether, in general, our terms ‘rabbit’, ‘rabbit part’, ‘number’, etc. really refer respectively to rabbits, rabbit parts, numbers, etc., rather than to some ingeniously permuted denotations. It is meaningless to ask this absolutely; we can meaningfully ask it only relative to some background language…Querying reference in any more absolute way would be like asking absolute position, or absolute velocity, rather than position or velocity relative to a given frame of reference.” [1969]
In order to name the object, we surely need to know the object or be able to identify it. If the reference-fixer hasn’t got that far, then how can he even think about the object? How does he know what the object is he's thinking about? How does he know he's thinking about the object and not something else?

The very reference to an ‘object’ (even an object qua object) requires concepts to distinguish or individuate it. What is an object and how do we identify it? What is that object? In order to know and identify the object, don’t we need to know the object and be able to identify it?

Posted by Paul Austin Murphy at 22:15