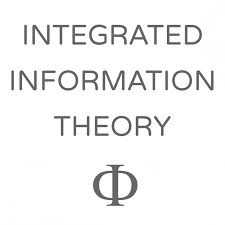 The word 'information' has massively different uses; some of which tend to differ strongly from the ones we use in everyday life. Indeed we can use the words of Claude E. Shannon to back this up:

"It is hardly to be expected that a single concept of information would satisfactorily account for the numerous possible applications of this general field." [1949]

The most important point to realise is that minds (or observers) are usually thought to be required to make information information. However, information is also said to exist without minds/observers. It existed before minds and it will exist after minds. This, of course, raises lots of philosophical and semantic questions.

It may help to compare information with knowledge. The latter requires a person, mind or observer. The former (as just stated), may not.

Integrated information theory's use of the word 'information' receives much support in contemporary physics. This support includes how such things as particles and fields are seen in informational terms. As for dynamics: if there's an event which affects a dynamic system, then that event can read as information.

Indeed in the field called pancomputationalism (just about) anything can be deemed to be information. In these cases, that information could be represented and modelled as a computational system.

It's undoubtedly the case that Guilio Tononi believes that consciousness simply is information. Thus, if that's an identity statement, then we can invert it and say that information is consciousness. In other words,

The idea of the whole being more than the sum of its parts has been given concrete form in the example of the brain and its parts. IIT tells us that the individual neurons, ganglia, amygdala, visual cortex, etc. each have “non-zero phi”. This means that if they're taken individually, they're all (tiny) spaces of consciousness unto themselves. However, if you lump all these parts together (which is obviously the case with the human brain), then the entire brain has more phi than each of its parts taken individually; as well as more phi than each of its parts taken collectively. Moreover, the brain as a whole takes over (or “excludes”) the phi of the parts. Thus the brain, as we know, works as a unit; even if there are parts with their own specific roles (not to mention the philosopher's “modules”).

Information is both causal and structural.

Instead of talking about x and y, let's give a concrete example instead.

Take the pattern (or structure) of a sample of DNA. That DNA sample causally affects and then brings about the development (in particular ways) of the physical nature of a particular organism (in conjunction with the environment, etc.). This would occur regardless of observers. That sample of DNA contains (or is!) information. The DNA's information causally brings about physical changes; which, in some cases, can themselves be seen as information.

It's here that we enter the territory of panpsychism. Not surprisingly, Tononi is happy with panpsychism; even if his position isn't identical to Chalmers' panprotopsychism.

Scott Aaronson, for one, states one problem with the consciousness-is-everywhere idea in the following: 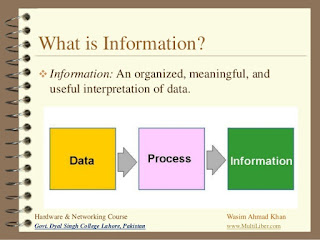 John Searle denies that there can be information without minds/observers. Perhaps this is simply a semantic dispute. After all, the things which pass for information certainly exist and they've been studied - in great detail! - from an informational point of view. However, they don't pass Searle's following tests; though that may not matter very much.

Take, specifically, Searle's position as it was expressed in a 2013 review (in The New York Review of Books) of Christoff Koch’s book Consciousness. In that piece Searle complained that IIT depends on a misappropriation of the concept [information]:

If information is the propagation of cause and effect within a given system, then John Searle's position must be wrong. Searle may say, then, that such a thing isn't information until it becomes information in a mind or according to observers. (Incidentally, there may be anti-realist problems with positing systems which are completely free of minds.)

Searle argues that causes and effects - as well as the systems to which they belong - don't have information independently of minds. However, that doesn't stop it from being the case that this information can become information because of direct observations of that information.

Anthropomorphically, the system communicates to minds. Or minds read the system's messages.

IIT, therefore, has a notion of “intrinsic information”.

There's an interesting analogy here which was also cited by Searle. In his arguments against Strong Artificial Intelligence (strong AI) and the mind-as-computer idea, he basically states that computers – like information - are everywhere. He writes:

“... the window in front of me is a very simple computer. Window open = 1, window closed = 0. That is, if we accept Turing’s definition according to which anything to which you can assign a 0 and a 1 is a computer, then the window is a simple and trivial computer.” [1997]

Another Searlian (as well as Dennettian) way of looking at thermostats and computers is that we can take an “intentional stance” towards them. We can treat them - or take them - as intentional (though inanimate) objects. Or we can take them as as-if intentional objects.

Posted by Paul Austin Murphy at 06:16