A Short Study of a Ketamine-for-Depression Study 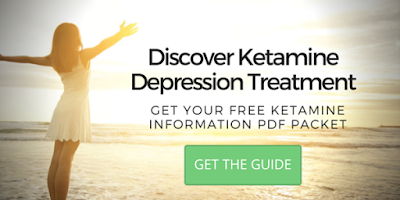 In March, 2019, a new antidepressant became available in the United States. This has been classed as "the first fundamentally new medicine for depression in decades". The controversial thing is that it's based on the anesthetic, ketamine. (The drug itself is called Spravato.) Some psychiatrists have said that this drug was approved with little evidence to back it up (see later comments); and also under standards that were less rigorous than those required for “conventional” antidepressants.

Mice were the guinea pigs (as it were) in one bit of research on ketamine. The researchers induced depression/stress in mice by restraining them in mesh tubes or by injecting them with corticosterone (a stress hormone). It was then seen that the mice began to loose their taste for sweet water and didn't struggle when dangled by their tails. (All this raises animal welfare issues; which are too complex and tangential to go into here.)

It can be asked how the scientists came to know that the depression/stress of these mice had lifted. Did the mice express that view? Of course not. So it must have been behavioural evidence that convinced those involved in this research.

Well, three hours after a dose of ketamine, the mice’s behaviour did indeed improve (at least in these cases).

Of course no one can really make a big deal about ketamine making mice (or people) feel better “within hours”. (Typical antidepressants can take weeks to start working.) In terms of fast action, alcohol and cannabis can make people feel better within minutes. LSD and “magic mushrooms” can do the same thing within around 30 minutes to an hour. Indeed I suppose that a heavy smash on the head could (in theory) do the same within seconds.

It was thought (at first) that ketamine “spurred” new synapses (i.e., the connections between neurons). In turned out that newly created synapses aren't actually involved in ketamine's behavioural and mood effects. Nonetheless, synapses are still part of the story of ketamine and its effects.

This shows us that we should never take a single study as gospel, or even a whole group of studies. We - laypersons and scientists alike - often need to sit back and take stock.

For example, who remembers when depression was seen to be all about serotonin? A few weeks later (to be rhetorical), it was seen to be all about dopamine or cat piss. Thus any research into depression (or indeed into anything science-based) should be taken with extreme care. That's not a “anti-science” statement. It's simply a statement about particular “research projects” (or “studies”) at particular points in time. Indeed being slightly sceptical about the glut of often contradictory scientific findings is often a highly scientific and rational position to take. If one were to accept all of them all of the time, then one would be rendered highly confused and, indeed, irrational.

The physicist Lee Smolin (in his The Trouble With Physics) sums part of this up neatly in the following passage:

“Scientists often do exaggerate and distort the evidence. Age, status, fashion, peer pressure all do play a role in the workings of the scientific community... But I would suggest that enough scientists adhere to enough of the ethic [i.e., the scientific ethic] that in the long run progress continues to be made...”

The anti-depression industry is huge. So we must also factor in financial clout and political pressure/power into these studies, as well as the importance of the U.S. Food and Drug Administration. I mention the the FDA because it approved a nasal spray (as stated in the intro) which contains a form of ketamine (i.e., esketamine) for depression only in March, 2019.

Of course there are lots of technical terms to cope with in these studies. For example, we're told that ketamine slowly coaxes nerve cells in order to sprout new neural connections. More technically, some 12 hours after ketamine treatment, new dendritic spines began to appear in the neurons found in a part of the prefrontal cortex of mice. These dendritic spines have been seen to to be replacing those lost during the period of stress or depression.

In any case, the neuroscientist Alex Kwan (of Yale University) happily tells us that there “is still a lot of mystery in terms of how ketamine works in the brain”. But isn't that the case with so many drugs which effect the brain and therefore the mind – even those which have been on the market for decades?

Having put certain negatives, there will be a temptation to criticise the positives simply because it's ketamine that we're talking about here. Yes, ketamine is not only a drug – it can also be an illegal drug (i.e., it's a “controlled substance”). Though, as everyone knows, the various social, moral and legal lines between illegal and legal drugs are often vague, highly contingent and very rarely backed up with good arguments.

Posted by Paul Austin Murphy at 06:36