Does Philosophy Impinge on Scientific Theory? There can certainly be philosophical objections to scientific theories. Indeed there have been very many such objections over the years.


However, putting it that way may be to unduly separate science from philosophy in the first place. That is, the idea that firstly there's a scientific theory and then the philosophical objections follow. What if the scientific theories contain many philosophical assumptions or components from the very beginning? (I believe that they do.)


Some philosophers have argued that the final arbiter must always be science, not philosophy; though that itself would require a philosophical backup and argumentation. (This is the position of “naturalist philosophers” such as Quine, etc.)


Here again it can be said that philosophy and science don't move in non-contiguous parallel lines. 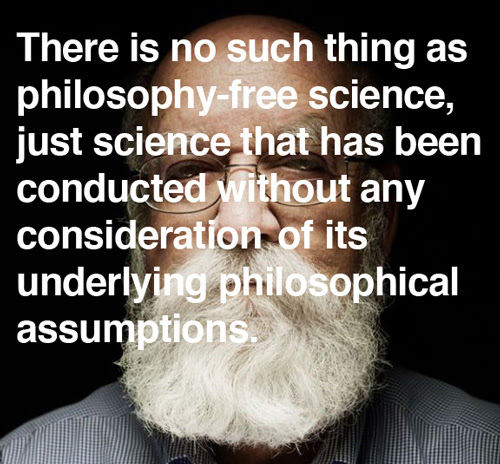