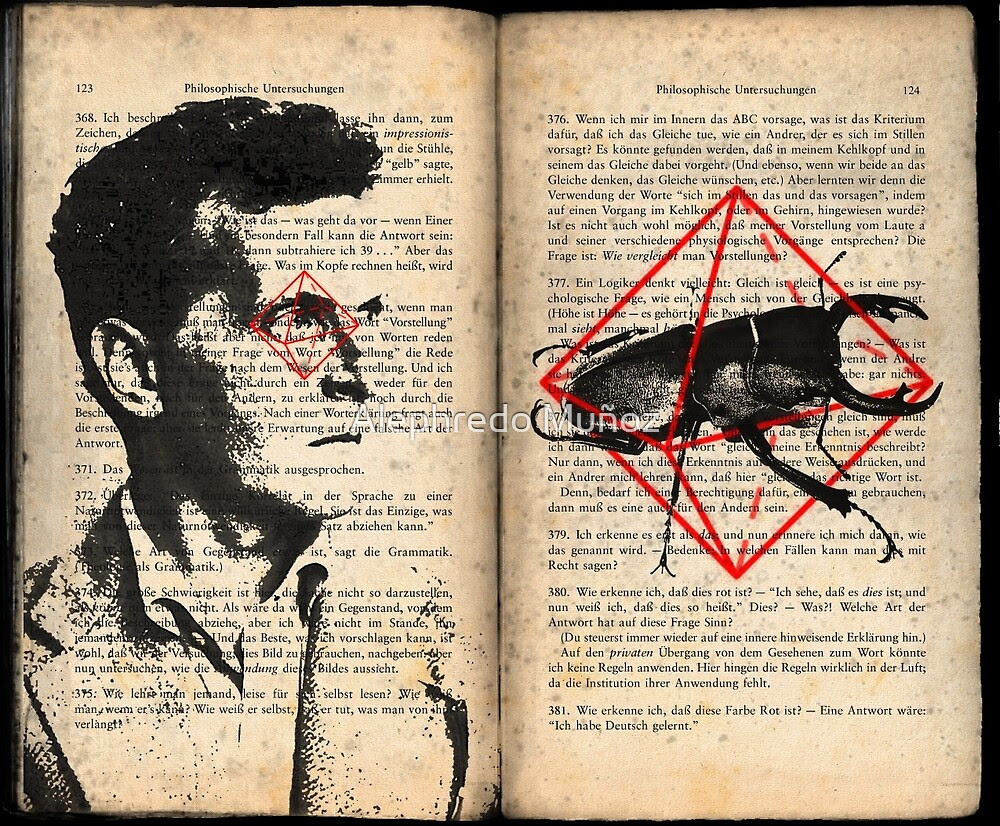 Mental events and states were traditionally deemed to be private. Public language, on the other hand, is intersubjective. Yet we use a public language to communicate purportedly private mental events, items or states. If mental events, items or states were genuinely private, then how would we know that other people were referring to the same things we refer to? To us (if not them), other people’s private mental items, states and events would be like possible “beetles in a box”. That's partly why Ludwig Wittgenstein concluded that our language for sensations isn't only public: it must also refer to public items. (This is all part of Wittgenstein's Private Language argument.)

For example, when someone says, “I'm in pain”, he's not describing a private pain-state. The utterance is (as it were) the pain state. Our behaviour (including linguistic behaviour) is literally everything. If someone were to refer to something only they had seen, then we wouldn’t get the whole import of their reference. Thus when we use a language for pain, we must be referring to essentially public items. We can't therefore believe that pain-words refer to private pain-things. This is the case with other names or words too. They refer to entities which are essentially publicly accessible.

Pain-words must refer to things which are publicly accessible: not private. Thus pain can't be a beetle in a permanently-closed box. If pain is in any kind of box, then it's in an open and publicly-accessible one. The named object, if private, must “drop out of consideration as irrelevant”. Other people can't and don't see private mental states or events. Public items are needed for a public language. Language is a shared phenomenon primarily because there are shared words and the shared objects of these words. Without the shared objects of our names and words, there'd be no shared language. The shared objects largely determine the shared language.

If a language isn't public (or shared), then it's not, in fact, a language. If we were just communicating with ourselves, then perhaps we wouldn’t need a descriptive language at all. We would simply know that we are in pain and, therefore, pain-descriptions wouldn't be necessary.

It follows that if there are private mental states, events or items in S's mind, and S were to name these items, then he'd have to introduce his own names or words rather than use names or words he'd acquired from other people. After all, how could public names refer to truly private items? There couldn’t be a public (or intersubjective) ostensive definition of S’s private mental items, states or events. Indeed it was Wittgenstein’s argument that there couldn’t even be a private ostensive definition of one’s own private mental items, states or events. How would S know that he was describing (or defining) a mental item, state or event correctly or incorrectly? The correctness or otherwise of an ostensibly private ostensive definition would depend on a third party determining whether or not such an attribution is correct or incorrect. As Wittgenstein put it (to paraphrase):

If S doesn’t know if he’s going right, then how would he know that he’s going wrong (in his self-attributions)?

“Yes, but what about pain itself?”

Despite all the above, there must still be a sense that certain mental items, states or events are indeed private - such as pain. This seems to be self-evident.

It's true that if I were to express my pain (either in a language or even by physical behaviour), then, yes, I would be using a public language. And even if I use such words to talk to myself about my own pain, then I'd still be using public words and public expressions. Thus we could say that the epistemic status of the belief (how it's known or the way it's known) depends on the external world and public language.

Even though the very concept PAIN is a public concept, what the concept itself is about is more than a concept: it's about something which falls under the concept PAIN (or under the word “pain”). Thus even if it's the case that everything we say (or even think) about a pain is somehow polluted by public language, there'd still be something about the pain that has nothing to do with public discourse. More to the point, there's something about a pain that's indeed private.

The problem is that (as Wittgenstein himself argued) as soon as we say anything about this private something, it becomes (for other persons and even for oneself) a public something. What's said about this something (its experiential nature, etc.) is public. Though what all this public talk is about is something private. We can’t, however, get to this private something without polluting it with public language. And even when we get to it ourselves, it's still thus polluted. The private pain, then, is like a Kantian “thing-in-itself”. Its true reality or status can never be known if such a status is deemed to be how the pain is regardless of public language.

Of course many philosophers will deem the very idea of a pain-in-itself suspect. Does that idea even make sense? Does it serve any purpose?