Was Wittgenstein a Language-games Relativist? 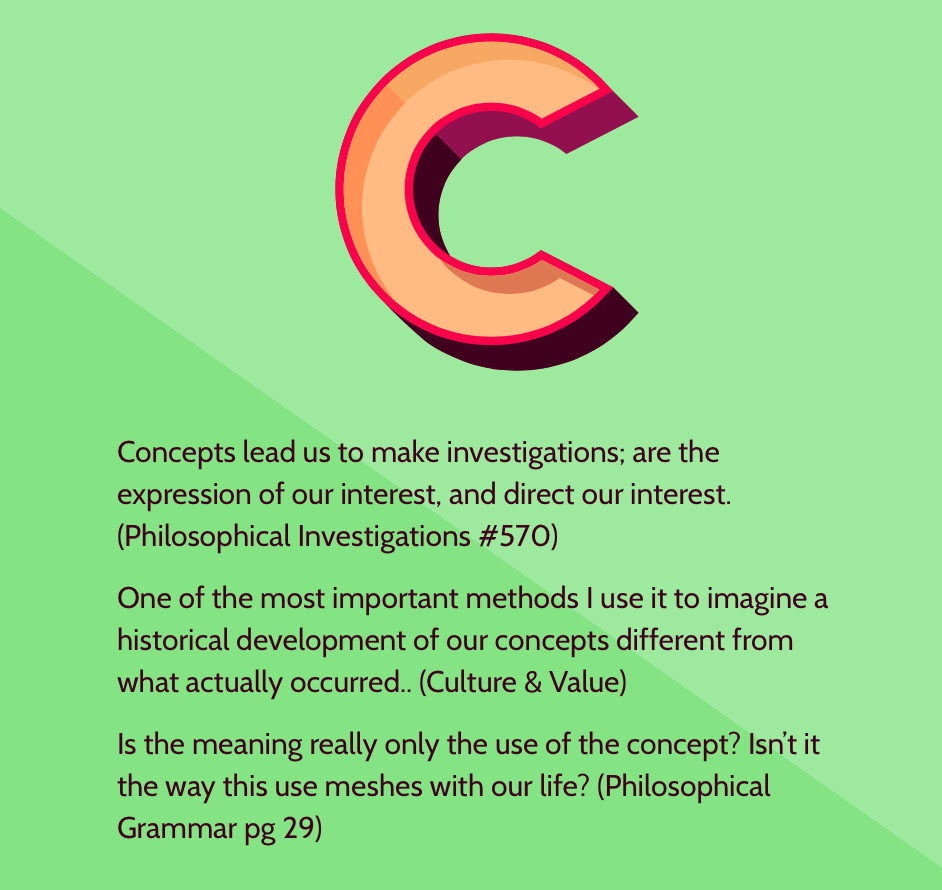 Language-games and Their Grammars


On the surface, Wittgenstein’s position on the introduction of new concepts into different language-games seems very pragmatic or even instrumentalist. Wittgenstein was concerned with whether concepts like, for example,“subconscious thoughts" and “different infinities” (Cantor) are useful or not.


How can such concepts be useful, one may ask, if these entities don't in fact exist? Doesn’t their usefulness depend on - or presuppose - their existence or reality?


The concepts ROUND SQUARE and FLAT NUMBER, for example, wouldn't be much use because such entities don't exist. “Use” must rely, as it were, on actuality or reality.


Possible worlds may not be “actual”; though they do prove to be useful and fruitful when it comes to formalising and clarifying our modal notions. Thus the concepts PHILOSOPHICAL DONKEY and GOLDEN MOUNTAIN may prove useful in some respects. However, these two examples aren't exactly equivalent to the concepts ROUND SQUARE and FLAT NUMBER. There are mountains, there is gold, there are donkeys and there is the phenomenon of being philosophical. GOLD and MOUNTAIN can be juxtaposed without contradiction. So too with DONKEY and BEING PHILOSOPHICAL. However, ROUNDNESSS and SQUARENESS and FLATNESS and  NUMBER can't likewise be juxtaposed.


Quine’s view of numbers wasn't so distant from Wittgenstein’s. That is, Quine believed that numbers have instrumental use-value. Thus is it the case that because numbers have instrumental value that they therefore must exist? Quine himself said that it's dishonest to deny the existence of numbers when during one’s practice (i.e., mathematics) one effectively assumes that they do in fact exist.


Again, why use the concept SUBCONSCIOUS THOUGHTS (or plain SUBCONCIOUS) in our grammar if there are no such things as unconscious thoughts? What possible use could such a concept have if it doesn't depend on the reality of subconscious thoughts?


Of course we can now debate the concept EXISTENCE itself; though I don’t think that's the point that Wittgenstein was making. In his view, we could introduce just about any concept into our grammar if we deem it useful to do so.


Why does subject S, for example, behave in such a self-contradictory manner? He does so because his subconscious thoughts are having some kind of effect on his conscious mental life and behaviour.


However, is it actually the case that there are subconscious thoughts? After all, there may be other explanations of S’s behaviour which don't include references to an autonomous subconscious.


Perhaps Wittgenstein might have said: Then why not introduce new concepts into your grammar?The only thing that matters, according to Wittgenstein, is whether or not these new concepts work within the overall domain of our grammar (or language-game).

Additionally, if old concepts no longer work, then let’s get rid of them. Many will say, however, that these old concepts didn't work precisely because they had no basis in reality (e.g., PHLOGISTON or HELL). However, the characters and events in works of fiction aren't actual or real; though they nevertheless prove to be useful in that they show people about, say, general kinds of situation and general kinds of character. Nonetheless, fictional events and characters are often (or always) parasitical on events and characters in the actual world. Such works of fiction work precisely because they indirectly refer (in the minds of the readers) to existents. Even the most extreme works of fictional irrealism must depend on these kinds of indirect reference otherwise the readers wouldn't relate to the work or even make sense of it.


Such a fast-and-loose attitude to concept-formation would surely result in a multiplicity of contradictory concepts. However, if practices, customs ("forms of life") or language-games are truly autonomous, then perhaps the notion of conceptual contradiction doesn't have any purchase because it presumes the existence of a correct/true practice (or even a meta-language game) which somehow stands above all other language-games to pass its supreme judgement on them.


If we take Wittgenstein’s position to its extreme limit, then any group can formulate any concept it wishes. There's no practice (or language-game) to tell them what concepts they can or can't formulate. Everything everybody says could make sense in the context of the language-game it's embedded in.

Wittgenstein’s position automatically disallows all the meta-languages (or meta-language-games) which would try to make sense of the conceptual flux and chaos around them. We simply need to accept that it's literally the case that anything goes because each individual language-game formulates its own rules.


According to the late Wittgenstein, rules aren't “fixed by immutable laws of logical form”. They are, instead, fixed by custom or practice (or forms of life). Therefore, on this reading, rules couldn't possibly be laws (certainly not “immutable laws”) because laws are (usually) deemed to be universally applicable – applicable across the board. The rules of a language-game, on the other hand, may only apply to two individual "players".


Rules are therefore simply contingent conveniences instigated to serve the particular purpose at hand. They can then be disregarded (or amended) according to new situations or purposes.

Laws are laws because they abide by essentially arbitrary and contingent rules which are themselves custom- or practice-relative. Laws are custom-built entities which have come to be seen as belonging to something beyond the station of mere rules. Laws are thus taken to be universal; though they are no more universal than poached eggs.

Posted by Paul Austin Murphy at 07:52