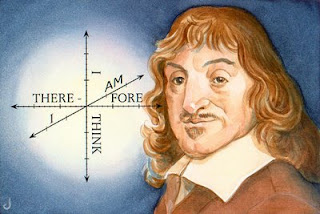 At a prima facie level, integrated information theory (IIT) is utterly Cartesian. Sure, it's Cartesianism in a contemporary scientific guise; though Cartesian nonetheless. This isn't to say that IIT simply reasserts, for example, the Cogito or Descartes' seemingly deductive style of reasoning. Though, despite that, the Cogito etc. can also be said to be resurrected (in contemporary terms) in IIT. However, Descartes moved from (his) mind and journeyed to his body and then to the external world. IIT moves from consciousness to the brain. At least as viewed from one angle. 1 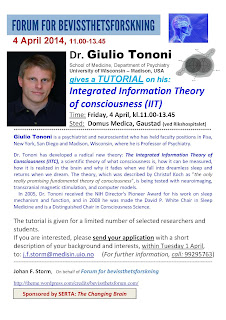 The Cogito, of course, was the starting point of Descartes' enterprise.

On the other hand, what is certainly not Cartesian is that it's also said (or implied) that IIT begins with neuroscience/the brain and then journeys to consciousness. This, of course, directly contradicts what was said in the last paragraph.

In which case, if IIT also sees conscious states (or experiences) as “immediate and direct”, then how can neuroscience come first? This may depend on what's meant by the idea that neuroscience must (or does) come first. Even if a given neuroscientific basis (or reality) were necessary and sufficient for consciousness, that still wouldn't mean (philosophically) that such a reality must come first. Thus coming first or second may not matter. As long as consciousness (its immediacy, directness and phenomenology) and the neuroscience are both seen as being part of the same problem or reality; talk of the primary and the secondary can't be that important.

To get back to Descartes.

Let's take the use of the words “axiom” and “postulate” in IIT to begin with.

This implies a kind of Cartesian deductivism; though, in IIT's case, I find the words a little strained in that the moves from the axioms of consciousness to the postulates of its physical mode (or is it a substrate?) are never, strictly speaking, logical.

IIT's first Cartesian axiom is “the axiom of existence”. This is seen as being “self-evident”. Giulio Tononi describes the first axiom:

“Consciousness is real and undeniable; moreover, a subject’s consciousness has this reality intrinsically; it exists from its own perspective.” [2015]

The only non-Cartesian aspect of the above (as it seems to me) is the claim that consciousness “exists from its own perspective”. Indeed it's hard to work out exactly what that means; at least as it's expressed in this bare form.

In any case, it's clear that the nature of IIT is, again, explicitly Cartesian. Tononi, for example, also says that

“consciousness exists: each experience is actual—indeed, that my experience here and now exists (it is real) is the only fact I can be sure of immediately and absolutely.” [2015]

Isn't this the Cogito written in a more contemporary manner? In other words, that which many 20th century scientists and philosophers have out-rightly denied (or seen as "unscientific") is here at the very beginning of the philosophical enterprise.

Tononi then takes the Cogito in directions not explicitly taken (or written about) by Descartes himself. That is, Tononi says that his

“experience exists from its own intrinsic perspective, independent of external observers (it is intrinsically real or actual)”. [2015]

In this internalist/individualist manner, Tononi speaks of consciousness as being “independent of external observers”.

If you take this Cartesian approach to consciousness, then one automatically rules out certain alternative theories of mind which have been alive and well in the history of the philosophy of mind (at least in the late 20th century).

For example, IIT rules out functionalism.

Functionalism (or at least functionalism at its most pure) has a notion of mental functions and behaviour which effectively rules out experience; or, at the least, it rules out (or ignores) the phenomenological reality of consciousness.

The major and perhaps most obvious problem with functionalism (at least vis-a-vis consciousness and phenomenology) was best expressed by Christof Koch in 2012. He claimed that much work in the philosophy of mind utilised “models that describe the mind as a number of functional boxes”. That's fair enough as it stands; except for the fact that these boxes are “magically endowed with phenomenal awareness”. Sure, the functional boxes may exist, and they may have much explanatory power (in the philosophy of mind); yet what about such things as Koch's “phenomenal awareness” and the controversial qualia?

Doesn't this position leave out the phenomenological factors (or reality) of an experience (or conscious state) which are above and beyond their being direct and immediate? On the one had, there's the phenomenological reality of an experience. And, on the other hand, there's its apparent (or real) directness and immediacy. The two aren't the same even if they always occur together.

1 It can be said, in retrospect, that it would have been more accurate for Descartes to have said that he started with consciousness rather than with the “existence of the self” (or the “I think”). After all, the self/I is much more of a postulation than brute consciousness.

Posted by Paul Austin Murphy at 05:13