Things Themselves are Numbers: Contemporary Pythagoreanism 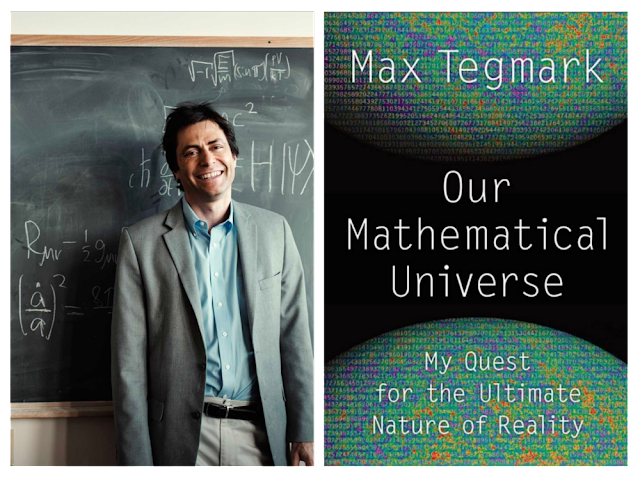 In a simple sense, mathematics may be viewed as an extremely useful tool. The English cosmologist, theoretical physicist and mathematician John D. Barrow, however, holds a slightly different view. That is, he posits the view known as Pythagoreanism, summing up the relationship between mathematics and physics in the following way:

“By translating the actual into the numerical we have found the secret to the structure and workings of the Universe.”

But what does all that actually mean?

Sure, if Pythagoreanism holds at least some water, then it’s no wonder that so many people have also believed that through maths (as Barrow puts it) “we have found the secret to the structure and workings of the Universe”. But even here there’s a non-Pythagorean (as it were) remainder. After all, maths finds the secret of things which already exist — i.e., the “structure and workings” of the world. It isn’t actually being argued that these structures and workings are literally maths. The world is not itself maths.

“[The Pythagoreans] maintained ‘that things themselves are numbers’ and these numbers were the most basic constituents of reality.”

And Barrow then becomes ever clearer when he continues in the following manner:

“What is peculiar about this view is that it regards numbers as being an immanent property of things; that is, number are ‘in’ things and cannot be separated or distinguished from them in any way.”

“It is not that objects merely posses certain properties which can be described by mathematical formulae. Everything, from the Universe as a whole, to each and every one of its parts, was number through and through.”

And what does it mean to say that “numbers are in things”? Indeed there’s a problem here. If things are literally numbers, then how can numbers also be “in” things? In other words, how can numbers be in themselves? That would be like saying that cats “are in” cats; or that a dog is in the very same dog.

The Unreasonable Effectiveness of Mathematics

The important distinction here is that this isn’t about the “unreasonable effectiveness of mathematics in the natural sciences”. (In which we note the miraculous fact that maths is often a perfect tool for describing the world and then wonder why that is the case.) This is about (to use Barrow’s words again) “the Universe as a whole, [and]each and every one of its parts [being] number through and through”.

Thus description and being are two very different things.

“mathematics has proved itself a reliable guide to the world in which we live and of which we are a part”.

To be clear. A map of Essex is not actually Essex. The set of rules for chess is not an actual game of chess. (Though each game of chess is always — as it were — a variation on the rules of chess.) So it may well be the case that if we didn’t have a map of Essex, then we’d get lost in that county. Similarly, if we didn’t have maths, then we wouldn’t have a reliable guide to the world.

But what of that “miracle” that is math and its relation to the world?

“The miracle of the appropriateness of the language of mathematics for the formulation of the laws of physics is a wonderful gift which we neither understand nor deserve. It is difficult to avoid the impression that a miracle confronts us here, quite comparable… to the two miracles of laws of nature and of the human mind’s capacity to divine them. The enormous usefulness of mathematics in the natural sciences is something bordering on the mysterious and… there is no rational explanation for it.”

Albert Einstein was similarly perturbed when he wrote:

“How can it be that mathematics, being after all a product of human thought which is independent of experience, is so admirably appropriate to the objects of reality?”

However, Einstein’s own conclusion appears to be radically at odds with Wigner’s when he continues with the following words:

Despite those sceptical remarks from Einstein, let’s get back to the being I mentioned a while back.

The physicist and cosmologist Max Tegmark puts the contemporary case for (Pythagorean) being in the following very concrete example:

To spell out the above.

Max Tegmark isn’t saying that maths is perfect for describing the “electricity-field strength” in a particular “physical space”. He’s saying that the electricity-field strength is a “mathematical structure”. That is, the maths we use to describe the electricity field is one and the same thing as the electricity field. Thus, if that’s the case, the “miracle of mathematics” is hardly a surprise! That’s because it’s essentially a situation in which that maths is describing maths. And if maths is describing maths, then the word “describing” is surely not apt word to use in the first place.

In any case, Tegmark gives us more detail on his position when he tells us that

“there’s a bunch of numbers at each point in spacetime is quite deep, and I think it’s telling us something not merely about our description of reality, but about reality itself”.

Yet Tegmark appears to contradict himself in the above. At one point he says that a field “is just [ ] something represented by numbers at each point in spacetime”. So here we have the two words “something represented”. Yet elsewhere Tegmark says that the field “is just” (or just is) a mathematical structure — the latter two words implying that all we have is number. To repeat: Tegmark says that the field is “represented” by “three numbers at each point in spacetime”. Yet he doesn’t (in this passage at least) say that the field is a set of numbers (or even a “structure” which includes numbers).

Posted by Paul Austin Murphy at 22:38